Emilia Clarke and Henry Golding star as cutesy couple in the highly-anticipated holiday flick Last Christmas. In the movie's first trailer, we see the Game of Thrones actress as Kate who works as an elf year-round at a Christmas shop. She's cynical, lazy and basically a modern day Scrooge. Enter Tom, portrayed by the Crazy Rich Asians star, who is the complete opposite of Kate and tries to bring cheer back into her life.

WATCH THE TRAILER BELOW

MORE: Emilia Clarke had the 'best night' with Brad Pitt

Directed by Paul Feig (Bridesmaids, Ghostbusters), the Rom Com also features a dramatic storyline. “We refer to it as a dramatic romantic comedy,” Paul explained to Entertainment Weekly. “It’s got the idea of romance, but also of somebody trying to repair their life — of familial tensions and how a family is falling apart and what it takes to put a family back together and dealing with the aftermath of difficult situations.”

And for any George Michael fans, the movie is titled after the classic Wham! track Last Christmas and will feature unrelased music from the late singer as well as his popular hits. 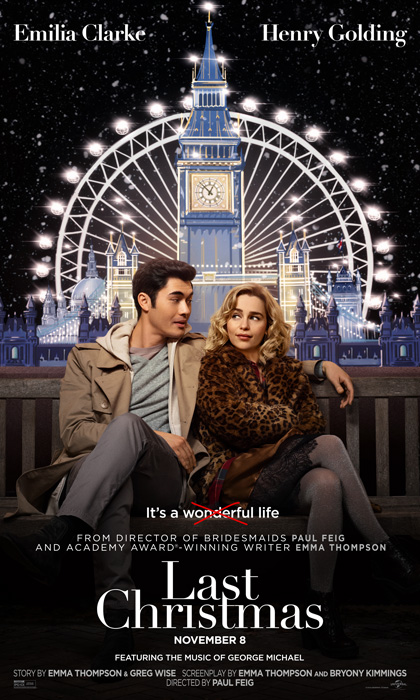