Priyanka Chopra is singing her J-Sisters’ praises. The Indian beauty, 37, opened up about sisters-in-law Danielle Jonas, 32, and Sophie Turner, 23, while at Beautycon in Los Angeles. “I think both of them are such beautiful girls,” the actress told Entertainment Tonight. “It’s really awesome to be in their company. I feel like I shine more.” 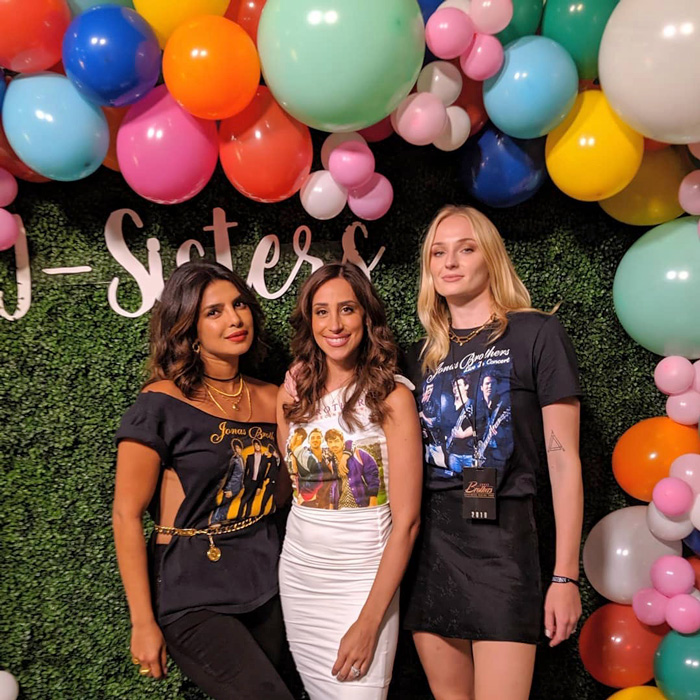 Priyanka says she shines more when with her J-Sisters, Danielle Jonas and Sophie Turner

Nick, Joe, and Kevin Jonas recently had the support of their wives at their first Happiness Begins concert in Miami. The J-Sisters showed off their strong sisterhood bond dancing and singing at the concert, while rocking their husbands' merchandise. The trio was also joined by Danielle and Kevin’s young daughters, Alena and Valentina.

MORE: Priyanka, Sophie and Danielle are the Jonas Brothers’ number one fans at the 2019 Billboard Music Awards

Dishing on life behind-the-scenes for the wives on tour, Priyanka revealed, “It’s a whole family situation. I never thought that it would be like that so we created our own hashtag of #wivesontour. But it’s so fun because everyone is with their kids.” She added, “It’s just such a beautiful vibe and the boys are so great.” 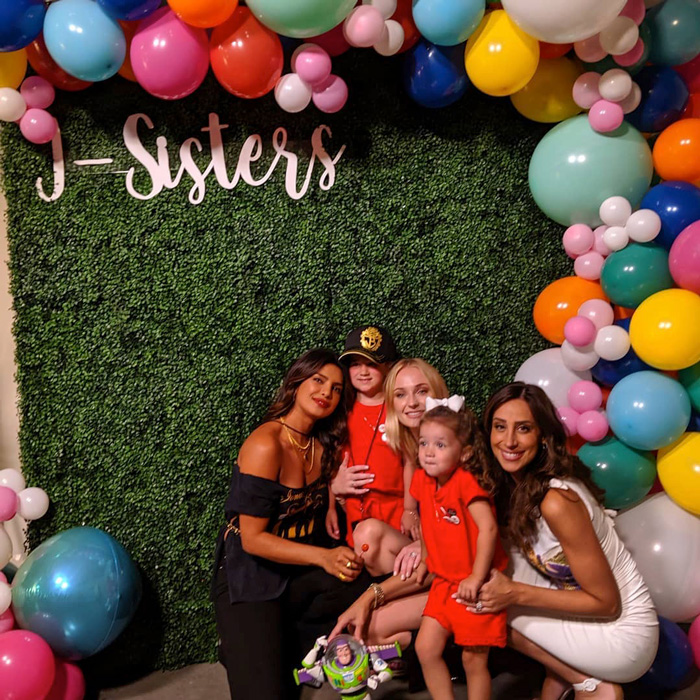 The J-Sisters, along with Danielle's daughters Alena and Valentina, attended the first Happiness Begins concert in Miami

Sadly, the Quantico star admitted that she won't be joining husband Nick at every tour stop. She explained, "I'm not gonna be on tour with them for the next 20 days because I'm off to do a movie, but whenever I go back, I fangirl." Priyanka continued, “I love watching them do what they do best. And it’s incredible to see so many people be affected not just by their music, but by them as brothers and as a family and I love the fact that that’s what they stand for, is togetherness and family, and I think that’s what the world needs to be more about.”