Eva Longoria is sticking up for her felllow A-lister friend Felicity Huffman after her involvement in the college admissions scandal. Felicity, along with Fuller House actress Lori Loughlin, were charged earlier this year and accused of paying thousands of dollars to the school as bribery. Many celebrities have spoken out in support of Felicity, and the latest star to voice her opinion is Felicity's former Desperate Housewives co-star Eva. 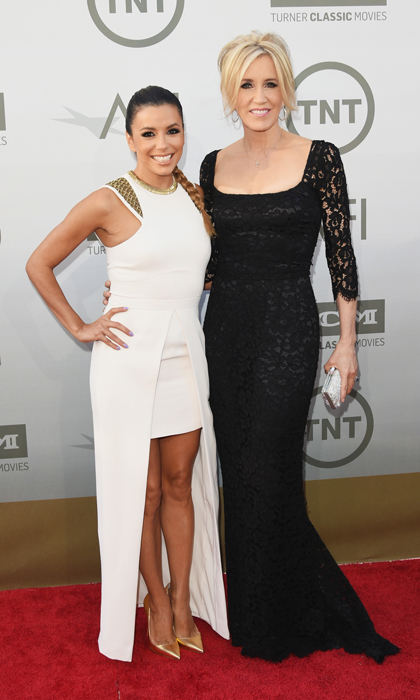 “I think she has a heart that is bigger than the sun and that’s the Felicity I know and that’s the woman I choose to support and love,” Eva told Entertainment Tonight on Wednesday night during the Hollywood Foreign Press Association's Annual Grants Banquet at the Beverly Wilshire Hotel in Beverly Hills. “She was humbled by what happened and I think she did handle it with as much grace as she could in that situation.”

On May 13, Felicity pleaded guilty in the case, where she admitted to paying $15,000 to help her daughter Sofia cheat on the SAT test by having a proctor correct her answers. On September 13, the Desperate Housewives actress will be sentenced and could receive up to four months in prison as well as a $20,000 fine. “I am in full acceptance of my guilt, and with deep regret and shame over what I have done, I accept full responsibility for my actions and will accept the consequences that stem from those actions,” Felicity said during her April hearing. 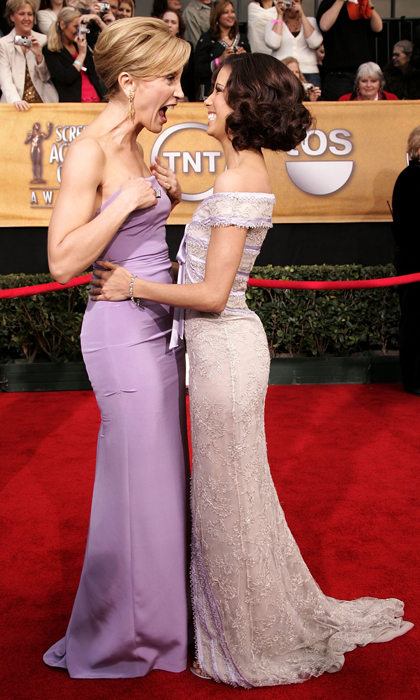 “I think she has a heart that is bigger than the sun," Eva said about Felicity

She continued, “My daughter knew absolutely nothing about my actions, and in my misguided and profoundly wrong way, I have betrayed her. This transgression toward her and the public I will carry for the rest of my life. My desire to help my daughter is no excuse to break the law or engage in dishonesty.”

Eva starred with Felicity in Desperate Housewives for eight years from 2004 to 2012.