Mario Lopez is the ultimate family man! The 45-year-old actor, who’s now a proud father of three after he and his wife, Courtney Lopez, welcomed their son Santino Rafael on July 8, is living his best life while wearing many hats: as a father, a TV personality and a as host for HGTV’s new series Supersize My Pool. Between juggling his personal and professional lives, there’s no question the new Access Hollywood reporter can do it all! Speaking to to HOLA! USA about his latest partnership with #BonesLoveMilk, Mario opened up about the new campaign and what the past couple of weeks have been like since welcoming his newest bundle of joy. 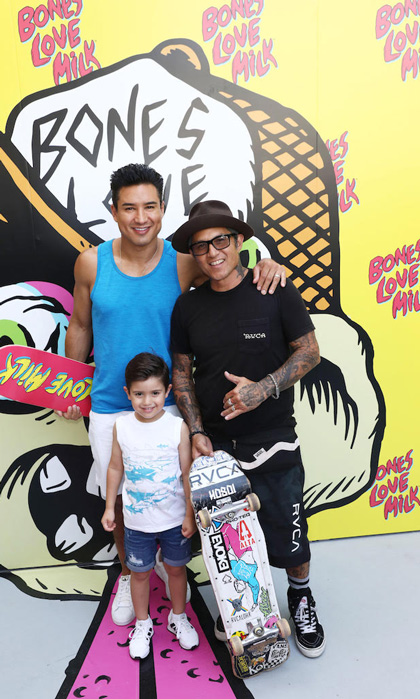 “We’re very blessed. He’s doing great, my wife is doing great. I’m excited that we got another boy,” he shared. "The kids are obsessed with him,” he added. Although his eight-year-old daughter, Gia, was rooting for a girl, Mario shared she is obsessed with her little brother. Meanwhile his son, Dominic, 5, was hoping for a brother right from the beginning.

And speaking of Dominic, on July 24, the Saved by the Bell actor was joined by his eldest son for the kickoff of the #BonesLoveMilk pop-up skatepark where they met pro skater Christian Hosol. Mario shared he was excited to be part of the new movement as he is one of the OG stars from the ‘Got Milk’ campaign back in the day. 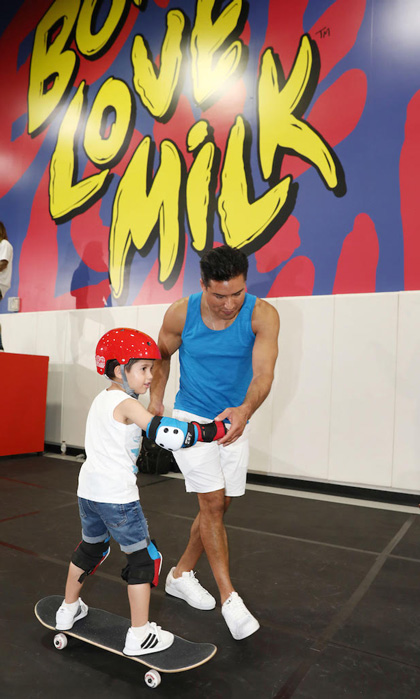 The T.V. personality enjoyed father-son time while on wheels

“I did a 'Got Milk' campaign when I was a kid in the ‘80s, which is one of my favorite commercials I ever did with a neon cow,” he stated. “We’re all big milk lovers and it’s a staple at casa Lopez and it’s nature’s energy drink and we love it, he exclaimed. “I thought what a fun campaign to be a part of.”

When he’s not conquering TV, Mario spends his time in the company of his wife and [now] three kids. On July 28, the loving father and husband showed support to his close friend Eva Longoria alongside his two older children at the Dora and the Lost City of Gold premiere. Being that they’re already good friends with Eva’s one-year-old son Santiago Enrique, the proud dad is sure that both baby Santi and Santino will be great friends. 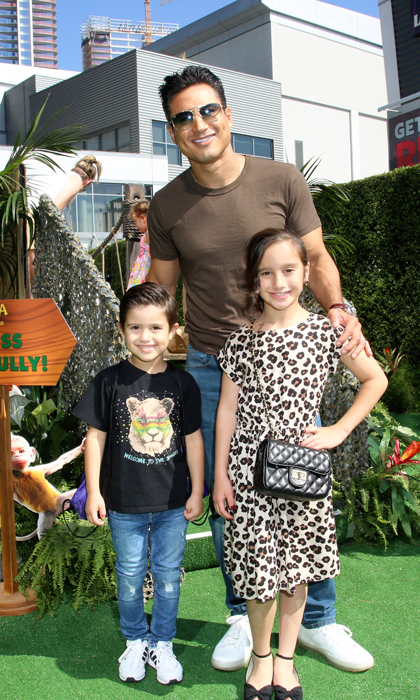 Mario appeared at the Dora and the Lost City of Gold premiere in L.A. with his kids Gia and Dominic

As to whether he’s on board with returning to play his character A.C. Slater on Saved by the Bell, Mario said: “Well you never say never, I’ve got a lot on my plate, but I’m not opposed to it.” One can only hope!