Cierra Ramirez is gearing up for a major transition into the music industry! The 24-year-old actress previously starred in The Fosters for 5 seasons and is currently playing Mariana Adams Foster in the spinoff series Good Trouble alongside Internet boyfriend Noah Centineo. But like a true Hollywood star, Cierra also has singing chops. HOLA! USA caught up with her at her first Premios Juventud Awards to talk her upcoming Spanglish album, fashion, and (obvi) Maluma.

The singer's all time favorite artist and dream collaboration? “Maluma," she tells HOLA! USA. "I like all of his songs." She's also a huge fan of Maluma's model girlfriend Natalia Barulich. "I love his girlfriend Natalia," she adds. Cierra has previously said how her music is inspired by anything and everything that moves her. “Music really feeds my soul. I grew up on very classic soulful artists, but I’m also really inspired by everything currently on the radio." 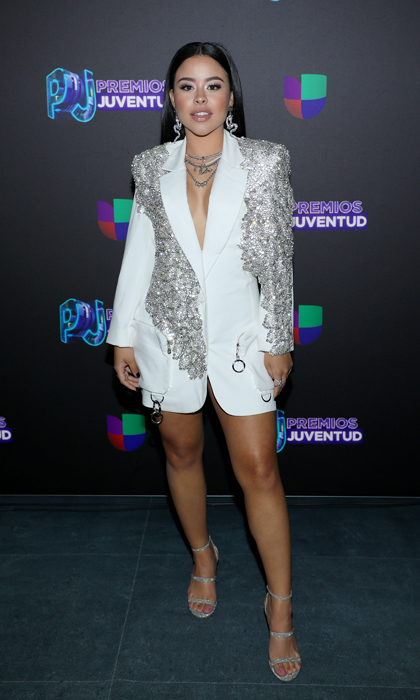 As for what we can expect in her future projects? "I have an album coming out in the summer," she reveals. "I’m not sure on a release date, but stay tuned!" What we do know is that the LP will feature Spanglish songs like her recent hit Liquid Courage.“I’ve been so excited about releasing this body of work!”