Amid widespread protests happening in Puerto Rico, on July 17, Bad Bunny, Residente and iLe dropped a new protest anthem aimed at Puerto Rico’s governor, Ricardo Roselló. Afilando Los Cuchillos (Sharpening the Knives) was released online, and has already amassed more than 1.5 million views. The artists behind the song, who are all Puerto Rico natives, call out the island’s governor by name and all the injustices that have occured under his watch. 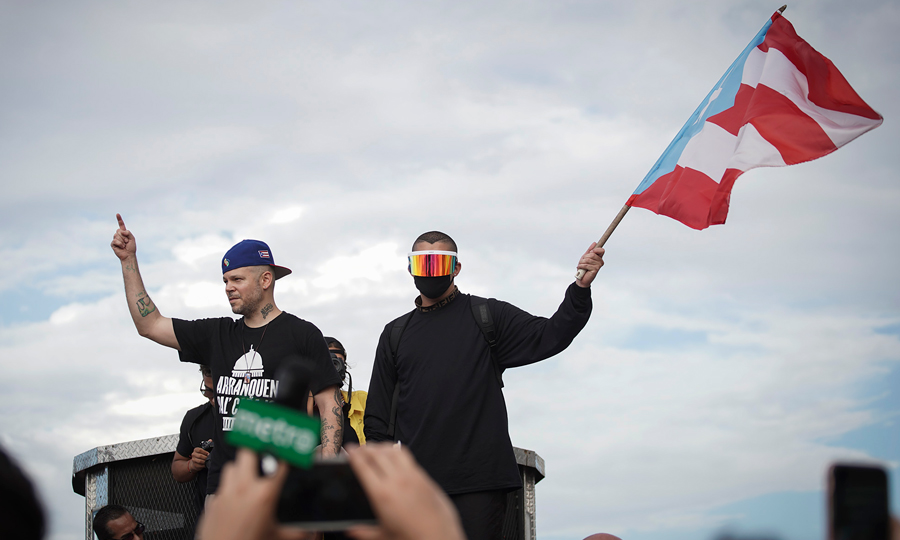 Following the leaks of close to 900 pages of texts between Ricardo and others in his administration, Puerto Rico is living a political crisis where thousands of citizens have taken to the streets protesting for the official to step down.

The song includes the lyrics: “We are sharp, like knives/Sparkling up to the edge/Weed must be removed from the plantation/So that none of them take advantage of what is mine.” Speaking to NPR, Residente, whose real name is René Pérez Joglar, said the knife is a symbolic instrument used to cut through the systemic corruption on the island. 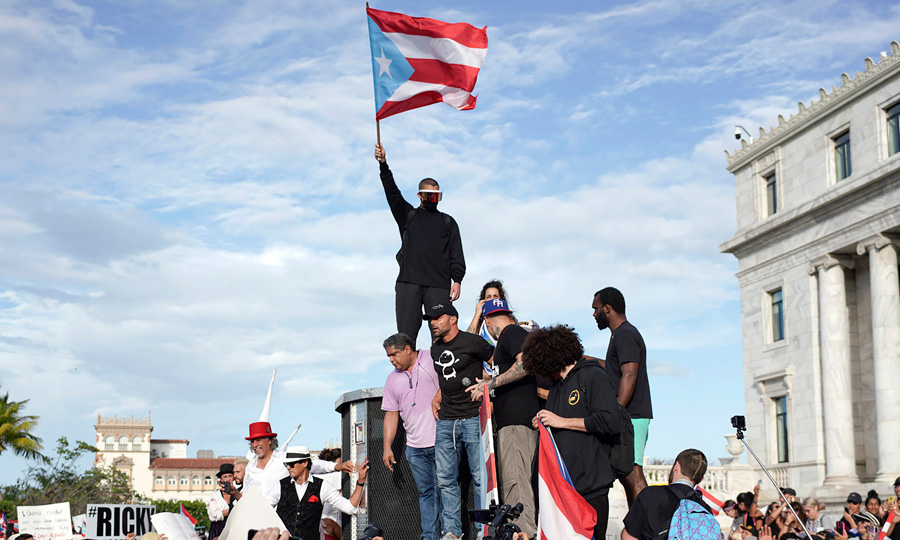 "It's a very transcending moment for us here on the island," he said. "... I feel that Puerto Ricans are waking up and I think that is something that we needed a long time ago. For me it’s very necessary that the anger we have been accumulating for so long ... is expressed in the song and I'm glad people are reacting to it."

MORE: The 'two hottest men in the world' Maluma and Ricky Martin tease 'No Se Me Quita' video

The new song comes after Bad Bunny, whose real name is Benito Martinez Ocasio, recently announced he would be putting his European tour on hold to join the protests occurring in his homeland. The Latin trap star also took to social media where he posted a couple of videos showing his love and respect to all Puerto Ricans and announcing he’d be traveling to be with his people in PR.