Game, set, kiss! Jeff Bezos and his lady love Lauren Sanchez got cozy during a day date at Wimbledon. The Amazon CEO and the television host were amongst the star-studded crowd during the intense men’s singles match between Serbia’s Novak Djokovic and Switzerland’s Roger Federer on Sunday, July 14. Jeff and Lauren were surrounded by other spectators but only had eyes for each other – and occasionally the match. The 55-year-old business man and the presenter were an adorable pair as they coordinated their attire. 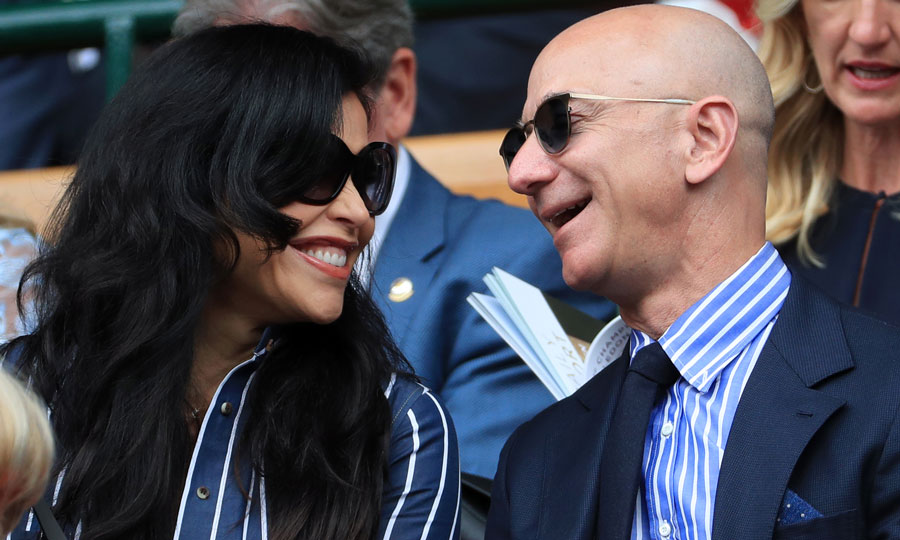 Jeff and Lauren, 49, both wore blue shirts with white stripes and pants, keeping their eyes shielded from the sun but not away from each other. During the match, the pair shared a few sweet moments - at one point, Jeff leaned in to kiss his lady. Remembering that they were at a tennis tournament, the pair refocused on the game, clapping and reacting to the match. Jeff and Lauren sat only three rows behind another famous couple.

Prince William and Kate Middleton also attended the final match of the prestigious tournament. Jeff and Lauren’s outing comes after they have put their love on display in the recent months. The pair were spotted spending time in New York City with the host’s sister. A source told People magazine that “they’re very happy," adding: “Things are going great.” Jeff and Lauren’s recent outing came after he and wife MacKenzie settled their divorce for $35 billion. 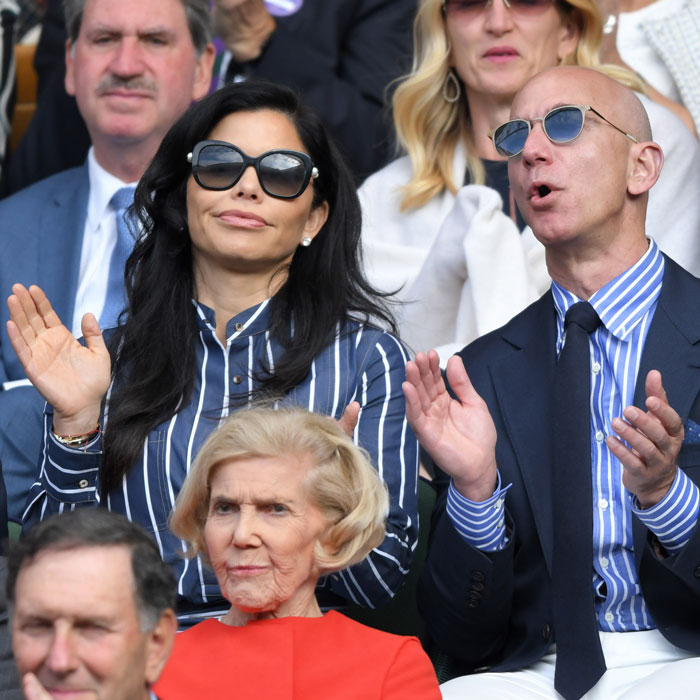 The pair have been dating since January 2019

Jeff announced that he and his wife of 25 years were ending their marriage in January 2019. The pair are parents to four children. Lauren also ended her marriage to agent Patrick Whitesell after 13 years together. The pair shared two children.