Becky G is all about her money! The Mexican-American singer is so serious about promoting her latest single, she got it inked permanently on her skin. During her trip to New York City, the Sin Pijama singer celebrated the upcoming release of her new single Dollar with, what else, a dollar sign. “Thank you @msantanatatto,” she captioned a video of her showing off her new ink on her social media. The tattoo, done at Bang Bang tattoo shop, is just a simple dollar sign, but it means a lot to the star. 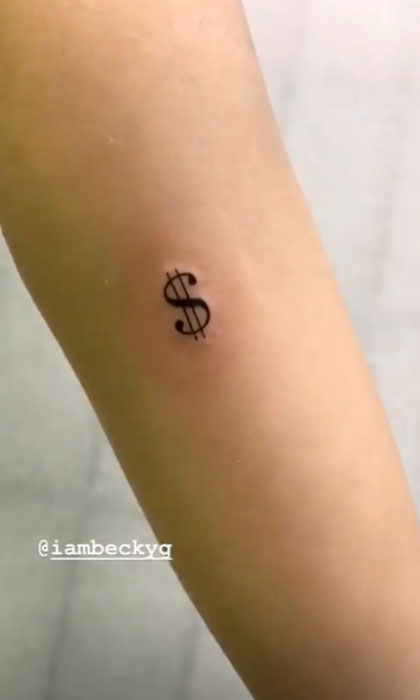 Becky G got ink in celebration of her new single Dollar

Dollar ft. Myka Towers premiered on July 10. After getting her ink, Becky proudly rode around the city bumping her latest jam. "MFG I’M SO HAPPY!!!! Ya salió!!! 𝐃𝐎𝐋𝐋𝐀𝐑 con @myketowers babyyyy!! Produced by @djluian@mambokingz @hydropr@jownyboomboom  Video drops tomorrow at 9PM PST / 12AM EST!!  #DOLLAR LET’S GO!!! Link en biooooo.” Dollar gets back to the California native’s roots. The upbeat single has tropical beats that allows Becky to show off a mix of her single and rapping skills.

Prior to the single’s release, the 22-year-old teased the track with a series of hilarious memes.” si tuviera un dolar cada vez... #Dollar ,” which translates to “If I had a dollar for every time somebody..” allowed her followers to get in on the fun and share hilarious stories. On single release day fans are in for a special treat from the pop star. Becky will perform the song live in New York City during the Amazon Prime Day concert. Becky will take the stage along with Dua Lipa, SZA and Taylor Swift, and will perform her new single for the first time. 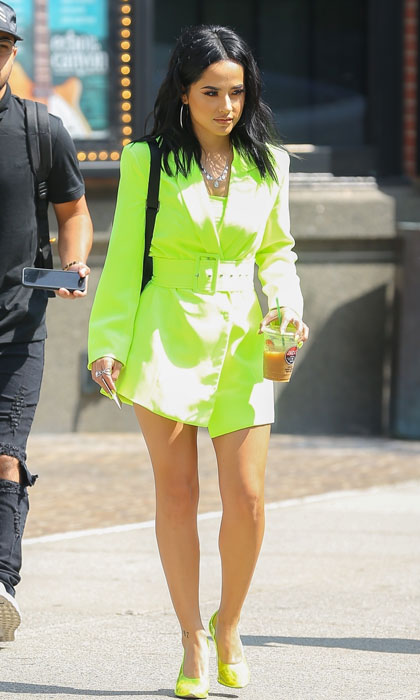 "I think it’s pretty dope that I get to be part of a lineup alongside bada-- girls like Taylor Swift, SZA and Dua Lipa,” Becky  told Billboard. “I love more than anything that we are very diverse. It’s awesome that we come from different places and speak different languages.”