When you believe like Mariah Carey does, you can conquer anything. On July 7, the Against All Odds singer lends her voice to her latest venture: the bottle cap challenge (the latest social media craze to overtake the internet). Mariah shows off her angel-like soprano voice by doing the challenge in a style all her own (here’s looking at you, glittery waist trainer). In the video, she starts off prepping as if she would do the challenge the way others have been — by doing a backwards roundhouse kick à la Chuck Norris — but then surprises everyone by using her incredible vocal range to prove that there is truly more than one way to do the challenge (and be crowned victorious).

Upon publishing her video on social media, tons of celebs flooded her comments. Ex-husband and father to her two children, Nick Cannon, was the first to comment saying “Hilarious!!!!” With LGTBQ actress Ruby Rose and British singer Rita Ora both agreeing that Mariah effectively won the challenge. Brazilian singer Anitta also commented on the post saying “Hahahhahahaha I LOVE YOU” to the singer for showing her singing chops in such a unique way, proving that Mariah is still a force to be reckoned with when it comes to singing. 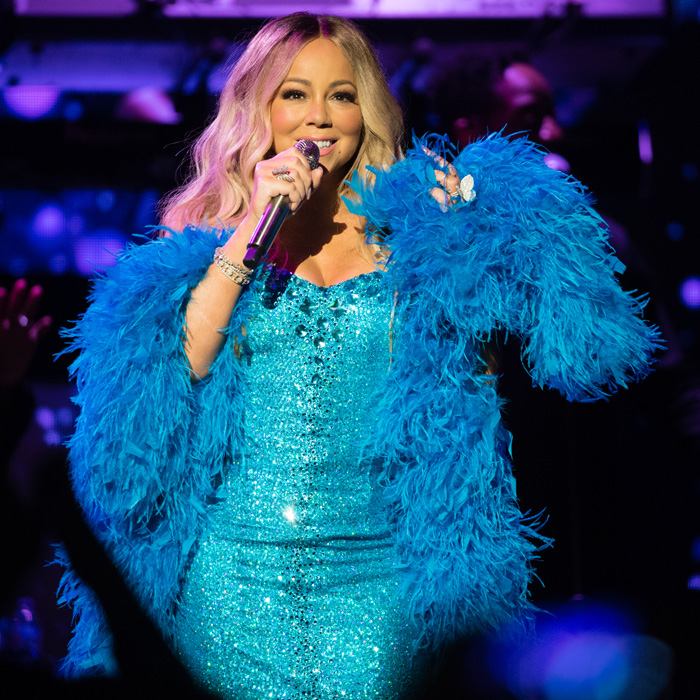 More: Michelle Obama had this reaction after Mariah Carey’s son ruined her dress

Mariah is currently promoting her All I Want For Christmas Is You tour in Las Vegas where she will be performing at the Colosseum from November 22-30, which will be followed by her The Butterfly Returns tour in February 2020 at the same location.