The shock death of Disney actor Cameron Boyce, the 20-year-old star of Grown Ups, Jessie and Descendants, has been felt throughout Hollywood, with an outpouring of tributes from those who loved him coming nearly nonstop since his sudden passing on July 6. On Sunday, actress Salma Hayek posted a heartfelt homage to Cameron, who had portrayed her son in the Grownups franchise.

Alongside a photo of the two together along with Salma's daughter Valentina Paloma at the 2010 screening of Kahlil Gibran's The Prophet in L.A. and a promotional shot from the movie, the Frida star remembered Cameron with her most touching memories of the rising star. 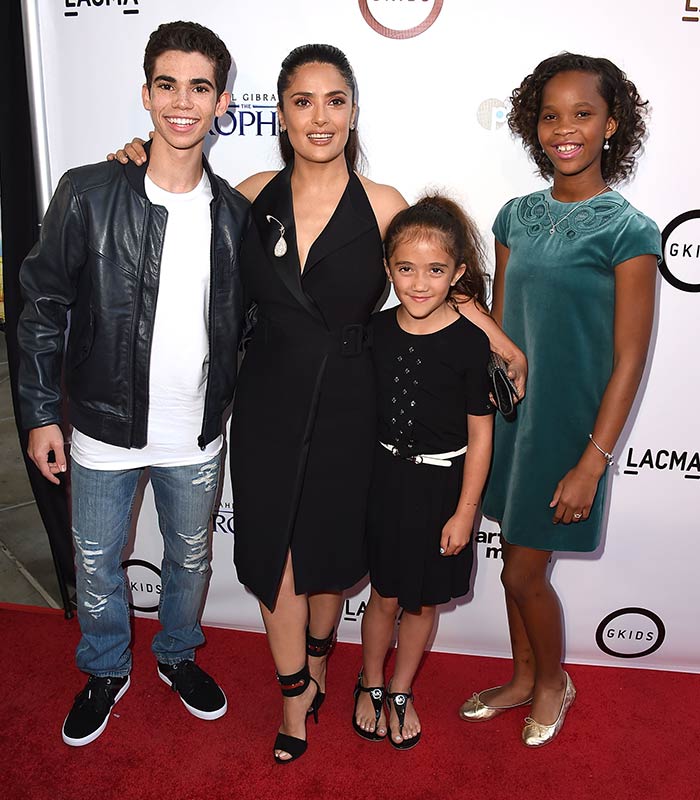 Salma Hayek and her daughter Valentina with Cameron and Quvenzhane Wallis, right

The Oscar-winning actress wrote: "I had the privilege to play Cameron’s mother in #grownups 1 and 2 and we stayed in touch through the years He was spirited, talented, kind, generous, funny and a shining light. His joy will live in our hearts forever as he goes on dancing and shining elsewhere. My heart goes to his lovely family."

In Grown Ups and the sequel, Salma stepped into the role of mom Roxanne to Cameron's character, Keithie Feder. The movie also starred Adam Sandler, who paid his own tribute to the talented young man who was taken away too soon. “Too young. Too sweet. Too funny. Just the nicest, most talented, and most decent kid around. Loved that kid,” wrote the comedian on social media. “Cared so much about his family. Cared so much about the world. Thank you, Cameron, for all you gave to us. So much more was on the way. All our hearts are broken. Thinking of your amazing family and sending our deepest condolences.” 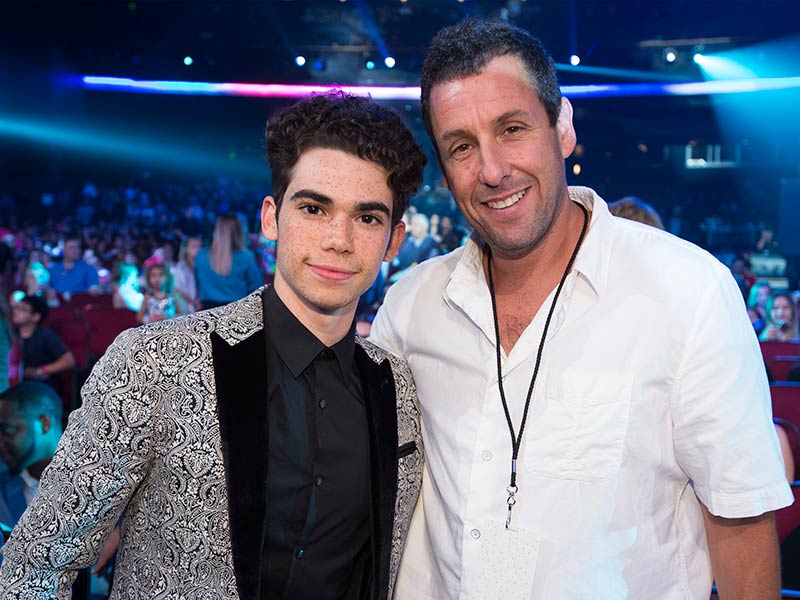 The 20-year-old actor, who died suddenly on Saturday, co-starred with Salma and Adam Sandler, above, in the Grownups franchise

Cameron's family released a statement announcing his passing early Sunday morning, revealing the cause of death. The beloved actor "passed away in his sleep due to a seizure which was a result of an ongoing medical condition for which he was being treated."

RELATED: THE CAST OF DESCENDANTS HEADS TO FAMILY FEUD 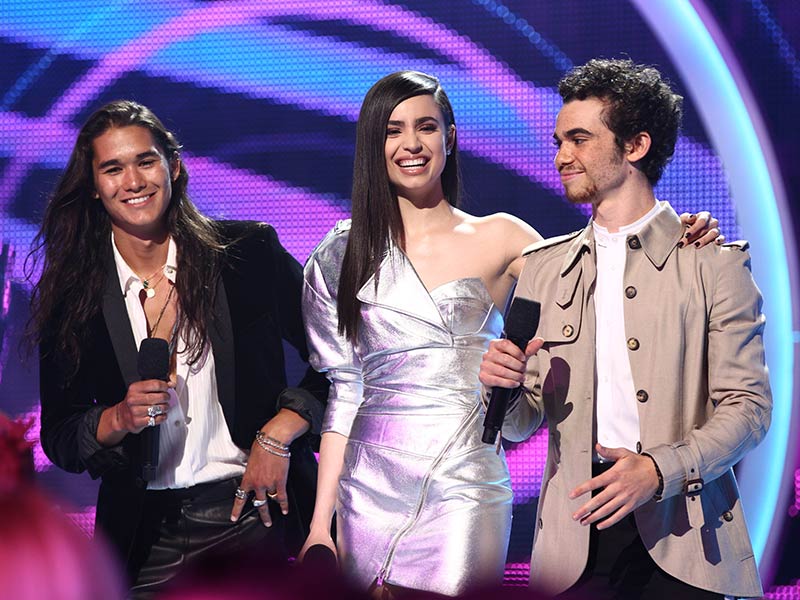 Cameron Boyce's final appearance was in June 2109 with  Sofia Carson Booboo Stewart at the ARDYs: A Radio Disney Music Celebration,

The announcement went on to honor Cameron, whose star was on the rise – his next appearance was to be on the HBO series Mrs Fletcher. "The world is now undoubtedly without one of its brightest lights," read the statement, "but his spirit will live on through the kindness and compassion of all who knew and loved him. We are utterly heartbroken and ask for privacy during this immensely difficult time as we grieve the loss of our precious son and brother.”