Alex Rodriguez has spilled the beans! In an interview with Sports Illustrated, the former Yankees player shared what a crazy career ride he’s had, his relationship with a very beautiful Latina powerhouse Jennifer Lopez and—this is the juiciest bit—what Kylie Jenner talked about at this year’s Met Gala in May. Hint hint: It has a lot to do with her billion-dollar makeup empire. Post Met Gala, Alex was back on dad duties and drove both her daughters to school the next day

First things first: A-Rod talked about how his reality feels incredibly surreal sometimes, explaining how he can’t believe that he finds himself at ultra-luxe parties where many of the hottest celebs attend. This year alone, he's already been to two star-studded events—one being the Oscars where he and his Nuyorican fiancé had the best seat in the house and the second being the Met Gala, the glitziest Monday night in fashion. Both were memorable, but the Met Gala was extra entertaining because the Keeping Up With The Kardashians star was seated at his table.

MORE: A-ROD WOWS JLO WITH THE MOST LOVING TRIBUTE: 'MY HEART CAN'T TAKE IT!'

At this year’s event, he had the pleasure of sharing his table with Idris Elba and his wife Sabrina Dhowre Elba, Donatella Versace, Kylie and Kendall Jenner. The Shark Tank investor shared that Kylie was chatting up those at the table about three things: "Kylie was talking about Instagram and her lipstick, and how rich she is,” the former pro baseball player told the publication. 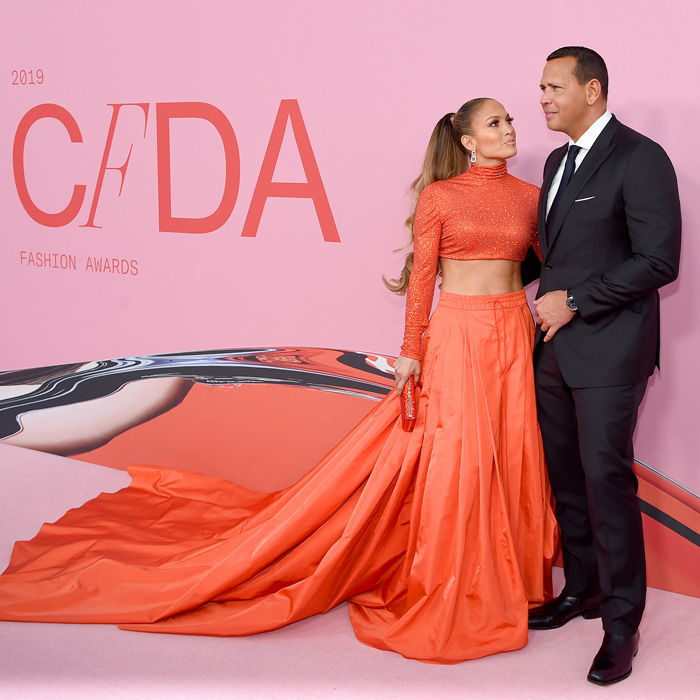 The I’m Into You singer shared that when they first met there “was this weird electricity for, like, three seconds. Three to five seconds of looking at somebody right in their eyes, and getting stuck”

MORE: THIS PICTURE HAD JENNIFER LOPEZ AND A-ROD FANS FREAKING OUT - SO WHAT DOES IT MEAN?

During the revealing interview, his fiancée JLo even jumped and joined in on the conversation to discuss what it was like meeting each other for the first time and why their relationship worked so well. The Papi singer explained, “I’ve been in the public eye, I’ve navigated the media in a certain way, I’m creative and artistic and have all these skill sets,” she said. “He’s a business-minded guy who knows math and numbers and money and equity and all that stuff—like, EBITDA, right? What I was missing, he kind of had. And what he was missing, I had.”