George Clooney and Barack Obama are the ultimate friendship goals. The each have the charm, brains and sense of humor that would make anyone want to tag along and be a part of their squad. Even better, the Catch-22 star and the former POTUS have two of the world’s best leading ladies by their sides. Former FLOTUS (and dodgeball champion) Michelle Obama and human rights attorney Amal Clooney. Barack, 57, and George, 58, go back to 2006 when the he was just a senator and the actor starred in Good Germans.

CLICK FOR MORE PICTURES OF THE OBAMAS AND CLOONEYS 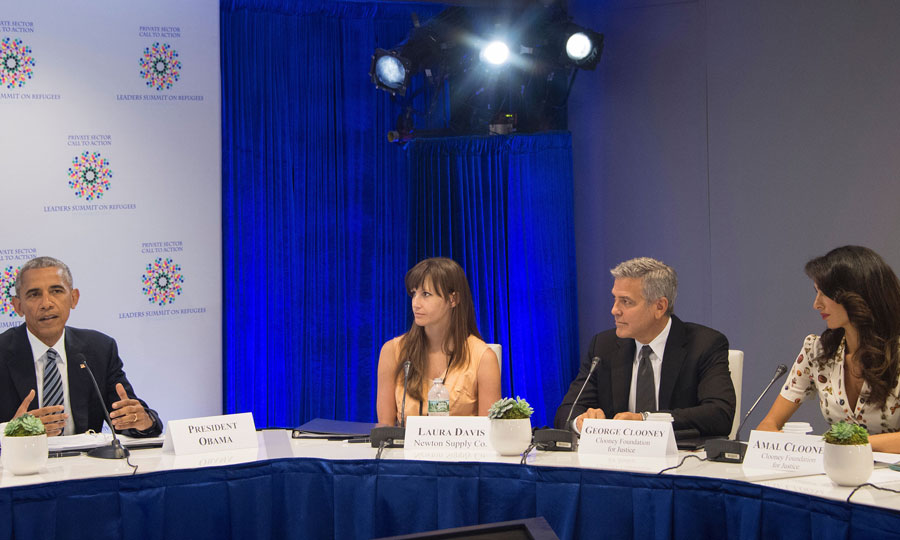 The Clooneys and the Obamas have been friends since 2006

The men bonded during a session at the National Press Club to bring awareness of the genocide in Darfur. The bond continued throughout Barack’s eight years in the White House – as George and his wife, stood on the front line for the cause. Trips to Washington, D.C. didn’t always mean business. The Hollywood star would spend time catching up with his friend over basketball and beers. In addition to sharing a passion for human rights and the globe, the Clooneys and Obamas share a set of royal friends.

MORE: Everything you need to know about George and Amal Clooney's relationship

Each family has created a bond with Prince Harry and Meghan Markle. George and Amal attended the royal couple’s wedding in 2018. Barack and Michelle have also each spent time with the pair. Last year, the Duchess of Sussex caught up with the Let’s Move advocate at her Becoming book tour. Barack and Harry had a special chat while Harry was a guest on a podcast. Harry, Michelle and Barack have also spent time with each other at the Invictus Games. 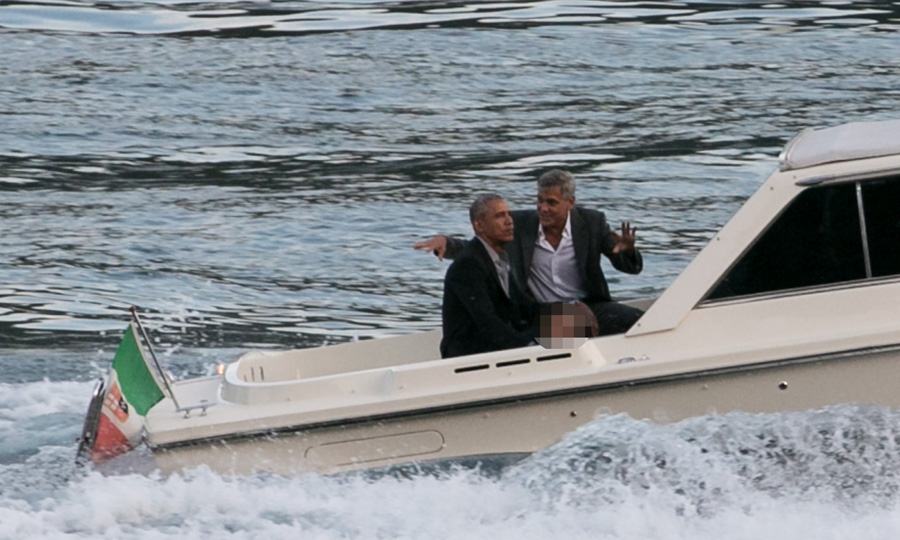 With a little more downtime, the Obamas and the Clooneys were recently able to catch up over some rest and relaxation. Barack and Michelle were joined by their daughters Sasha, 18, and Malia, 20, for some time away in Italy. The former first family joined Ella and Alexander’s parents on Lake Cuomo, where they were spotted taking a boat ride, before docking in Cernobbio.

RELATED: Everything you need to know about George and Amal Clooney's relationship