Lele Pons is on fire! The internet personality is facing off against Prince Royce in this week’s episode of Lip Sync Battle. The 23-year-old holds nothing back – except maybe a few article of clothing during her performance of Daddy Yankee’s classic, Gasolina. In the clip for the show, Lele starts the performance, channeling the Puerto Rican rapper in a flannel shirt and jeans. When it gets to the breakdown, the Venezuelan beauty strips off the outfit, revealing a cropped shirt and shorts before she hits the floor to twerk – literally. 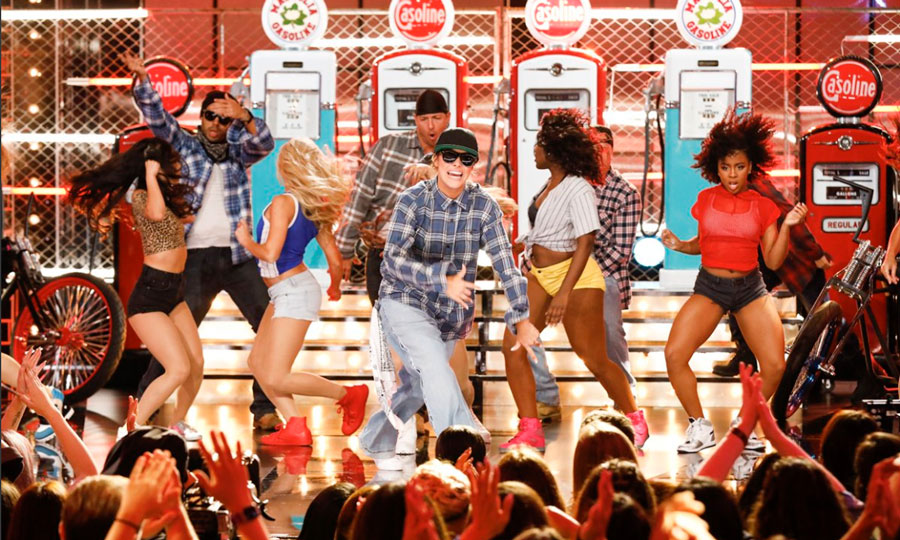 Off to the side, her opponent, Prince Royce looks on in amazement and fear. Host Chrissy Teigen was equally as shocked as she jokingly placed her hands over her eyes. “You got a twerking pyramid, a twerking line, a twerking circle, a twerklejerk,” Chrissy hilariously noted after the performance. “It’s a lot. The La Voz host shared the video on her social media account with her reaction. “OH OH…this is what happens when they play my favorite song “Gasoline”!! @princeroyce your face was priceless. @lsb COMING OUT THIS THURSDAY ON @paramountnet! LETS SEE WHO WINS.”

MORE: Lele Pon's reaction to Shakira is the best thing you will see all day

Royce shared a few hilarious pictures from the competition on his social media. The Dominican singer posted a picture of his reaction to Lele’s performance with a series of silly emojis. Fans will have to wait for the full episode to see which other songs Lele performs. None of Prince’s song choices were revealed.

We can put some strong bets on the fact that both the Venezuelan comedian and the El Clavo singer are going to put their all into some of the biggest Latin hits. It looks like this battle is going to be good. See Lele and Prince Royce go head-to-head and share their hilarious reactions when the show airs, Thursday on the Paramount network at 10pm.