Demi Lovato is all about girl power! The 26-year-old star just defended fellow singer Halsey for being bold and showing off her armpit hair in the latest issue of Rolling Stone. Halsey, who is gracing the magazine's "Hot issue," went au naturel for the sizzling spread. However, it sparked a lot of negative buzz from fans—not only were they confused with her unshaven underarms, they were also questioning her darker skin tone despite the fact she's biracial (her mother is Italian, Hungarian and Irish while her father is African American). Demi and more A-listers were quick to defend her from all the haters and praise her daring new cover. 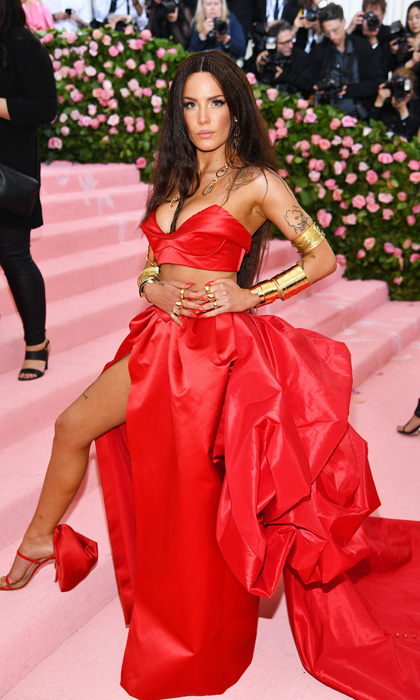 Halsey's new rolling Stone cover received a lot of backlash, but A-listers were quick to defend and praise the star's choice to show off her underarm hair

When the 24-year-old Without Me singer posted her Rolling Stone cover on social media, peple flooded her comments with negative feedback. "Cultural Appropriation at its best," one user wrote, while another criticized the armpit hair: "I thought you were a millionaire just buy some wax." In the cover, Halsey wears a simple white tank top, minimal makeup and she wears her pixie cut in a curly style. She also poses with both her arms up, making her underarm stubble clearly visible.

While some weren't fans, Hollywood stars praised Halsey. “There so much yes about this picture idk where to start," Demi wrote with a hands up emoji. Singer and songwriter Maggie Rogers simply stated, "here for this armpit hair." Singer Zara Larsson also applauded the magazine's choice to leave the hair and wrote, “I loooove the fact that they didn’t edit the armpits like most magazines would do. Women are not little babies who don’t have body hair. Stunning cover.”

In the story, Halsey talked about her struggles with critique and how she's learned to accept herself. “I was a teenage kid who wasn’t real well-liked in high school, and I was sold the dream that everyone was going to like me, because I was going to be a famous person” she explained. “And now I’m 24, and I’m like, ‘Well, I guess it doesn’t matter.’ ” 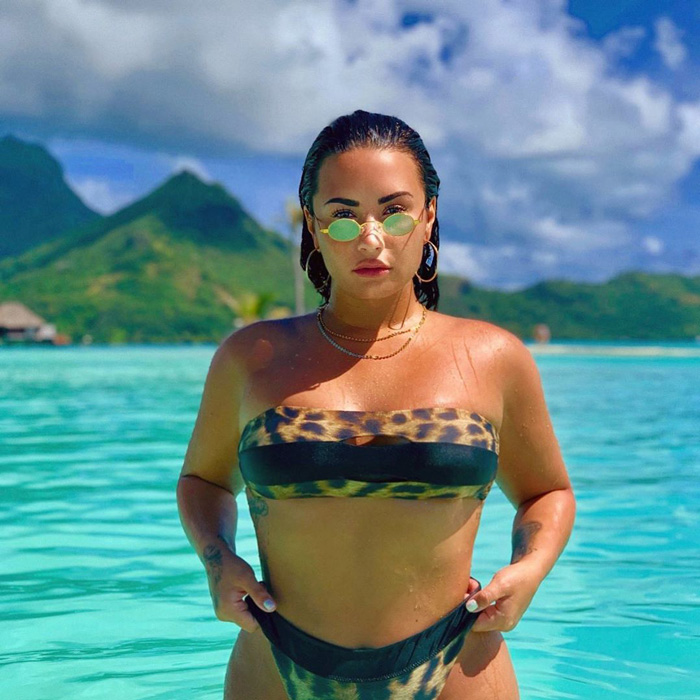 Demi Lovato applauded the singer on social media, writing: “There so much yes about this picture idk where to start." Photo: @ddlovato

In the past, Demi has also been vocal about people criticizing her figure and how she's learned to deal. “Unlike the past, I’m not triggered, I’m not upset that someone wrote a headline about my “fuller figure,” she told fans on social media. "I am angry that people think it’s okay to write headlines about people’s body shapes...especially a woman who has been so open about being in recovery from an eating disorder. I’m not upset for myself but for anyone easily influenced by the diet culture.”