On Friday, June 21, the World's Ugliest Dog was crowned at the Sonoma-Marin Fairgrounds & Event Center in Petaluma, California and as expected, he's incredibly "ruff" looking, but in the most adorable way! World, meet Scamp the Tramp, a former stray who has big personality, a cute (and long) tongue and an unruly mane, which his owner says, "no amount of conditioner can calm." 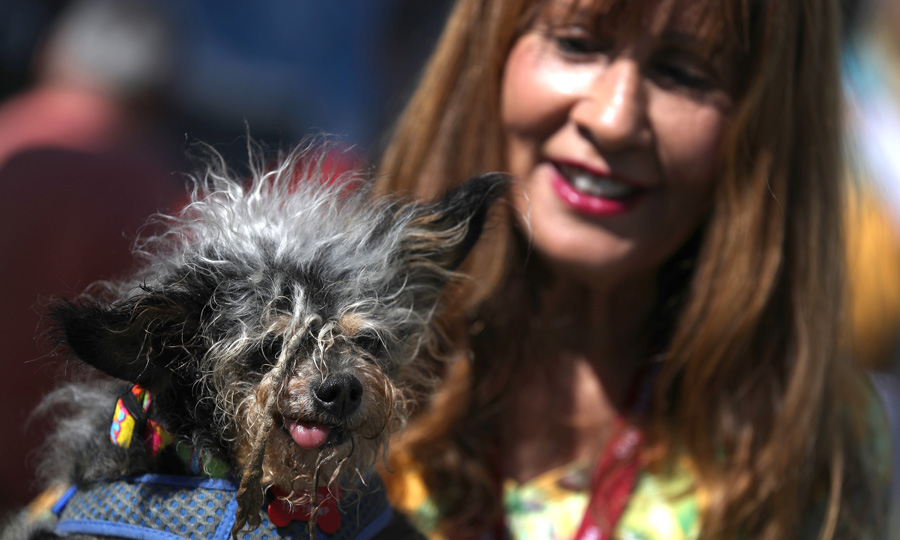 Scamp the Tramp was crowned this year's Ugliest World's Dog

At the annual event, nineteen other dogs competed to be crowned the World's Ugliest Dog, including a Pekinese named Wild Thang, who's greatest feature was his droopy tongue and a Chihuahua named Tostito, who has no teeth or lower jaw. In the end, it was Scamp and his owner Yvonne Morones that took home the grand prize, which was $1,500 to take home and another $1,500 to donate to a shelter of their choice. They also won a trip to New York City to appear on the Today show because, you know, Scamp is famous now.

Yvonne adopted Scamp more than seven years ago from a shelter where he was one hour from being put down. "It was on the way home that I knew I made the right choice," Yvonne told Buzzfeed News. "There we were, two strangers in a car on the way home to a new start ... It was like he knew he had found his forever home."

MORE: You need to see this conversation between a father and his baby that has gone viral

It was Scamp's personality that really won over the judges, but his looks were also a doozy. "He has this hair that just kind of stands straight up," his owner explained. "His body hair doesn't grow, but instead he's got these dreads that just happen naturally, and the top of his hair is gray and it just stands straight up." 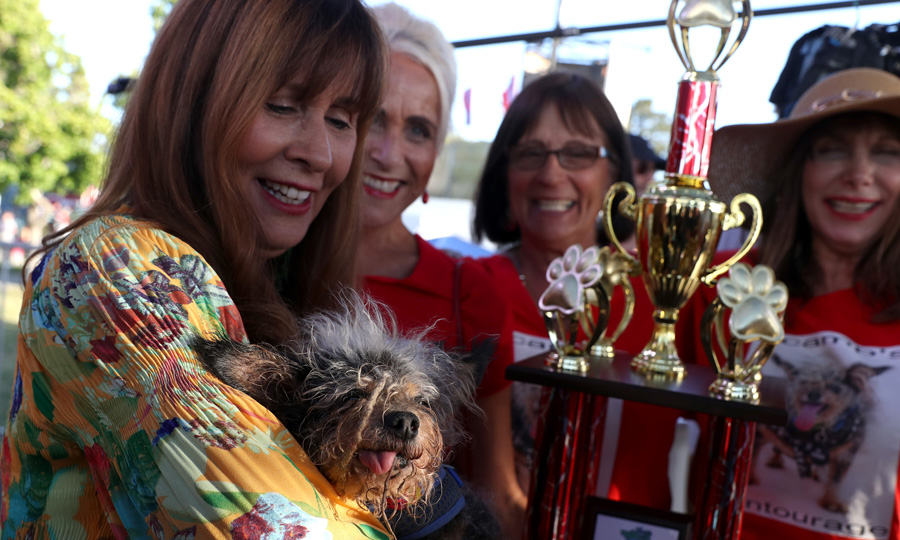 When Scamp isn't busy winning competitions, he spends his days at the Sebastopol Senior Center, where he works as a pet therapist for the elderly. As a side gig, he volunteers at a school, where he listens to first graders read stories. We can't wait to see what Scamp does next!