You might be familiar with Aubrey Plaza's comedic work in Parks and Recreation as April Ludgate, but now she's going a totally different route and gearing up to star in the Child's Play remake (in theaters June 21), the horror thriller about a killer doll that haunted every 90s kid and will now surely haunt a new generation of children. Despite not being a huge horror fan, the 34-year-old actress revealed she was excited to enter the world of Chucky because of its "clever re-imagining." Still, you can expect the usual scares in the upcoming flick. 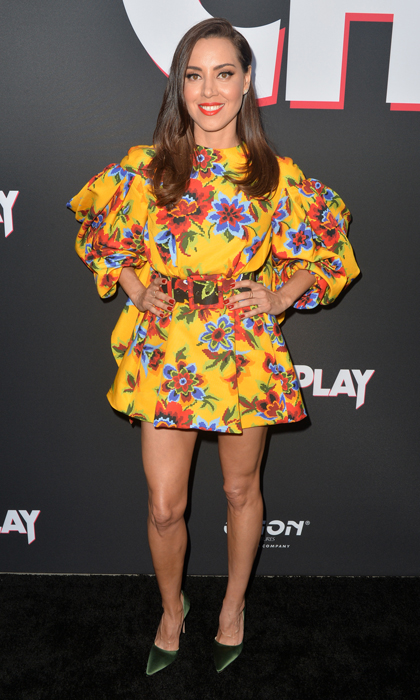 Despite not being a huge horror fan, Aubrey Plaza revealed she was extremely excited to enter the scary world of Chucky

"Basically, I’m not interested in horror. I’m not a big horror fan. I especially don’t want to be in a movie where I’m being tortured and caged and stabbed and all those things. I’m way too sensitive for that and I take everything that I’m doing very seriously," she told People. "So I think for me to enter into that place it had to be — it would have be something really special and I don’t know why this was the one, but it just is."

In the interview, Aubrey spoke of the fresh, new voice the remake has. "I was so excited when I read the script and I think it was such an iconic character and I thought it was such a clever re-imagining of the character," she explained. "I felt like, ‘You know what? Maybe I’ll just give this a whirl.’" 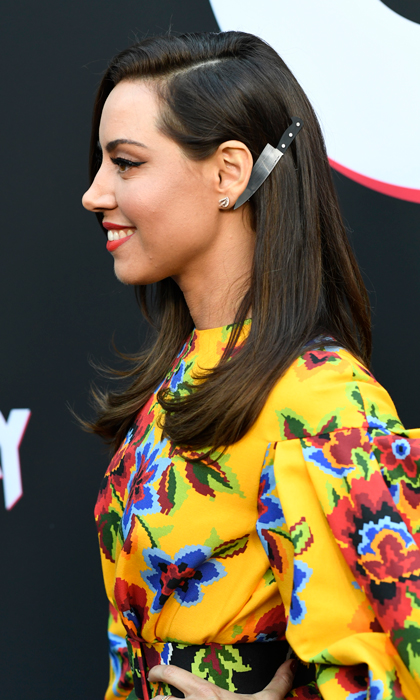 "I was so excited when I read the script and I think it was such an iconic character and I thought it was such a clever re-imagining of the character," the 34-year-old actress shared

The "re-imagining" of the movie involves the technology that we have today in 2019. "The idea of having Chucky be a smart doll and connect to the Cloud and be a ‘bad robot’ was really interesting," she said. "I also really connected to my character, she was really different from any character I’ve ever played before."

As for whether or not the actress will be keeping her eyes shut while watching the movie, you can probably count on a yes.  ”I’m paranoid about my phone, that it’s listening to me or watching me. It’s all kind of creepy to me. This movie was a fun worst case scenario — and I don’t think it’s too far off from what actually could happen." 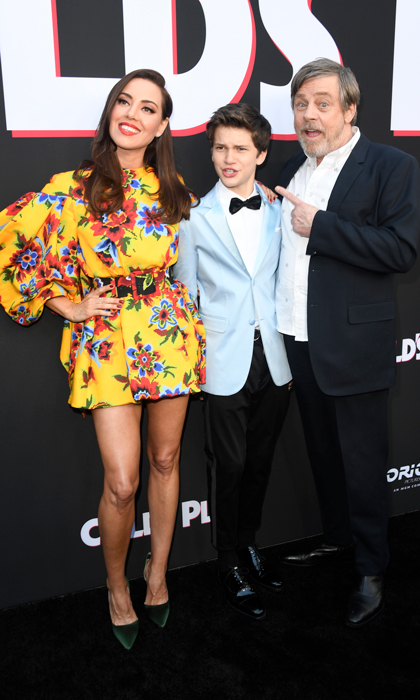 At the Hollywood movie premiere, the actress joined her co-stars 13-year-old Gabriel Bateman and Mark Hamill, who voices the killer doll. She got into the ~horror~ spirit and accessorized her yellow and floral minidress by Carolina Herrera with a knife barrette. Talk about creepy!