It’s a party of five for Kate Hudson and her sweet family. For the first time, the mother-of-three shared a selfie with her boyfriend Danny Fujikawa and their eight-month-old daughter Rani Rose and Kate’s sons, Ryder Russell, 15 and Bingham Hawn, 8. The cute snap features Kate’s boys surrounding her with love and smiling at the camera, meanwhile, the mom-of-three looks overjoyed with her nose up against her son Bing’s head, and baby Rani is simply staring off camera. It’s a beautiful family moment, and the actress couldn’t appear happier! 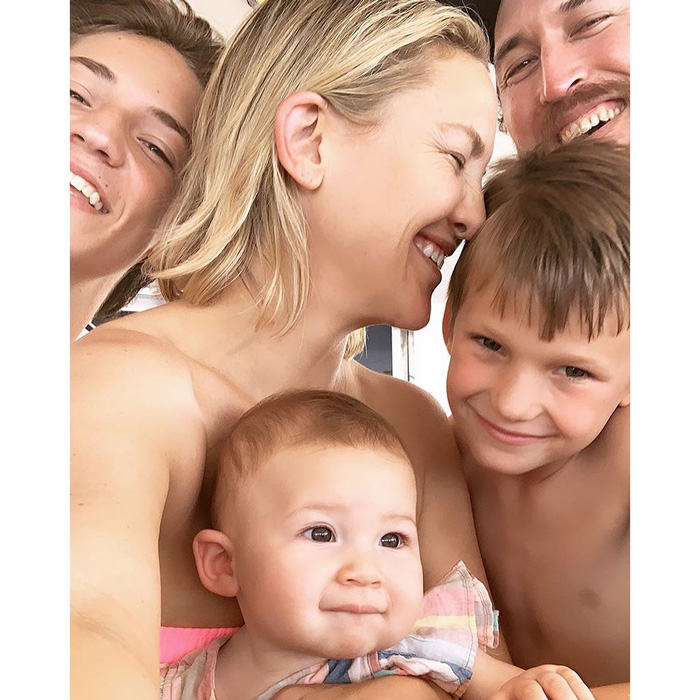 VIEW GALLERY  Kate shared the cute selfie with boyfriend Danny, their daughter, and her two sons

The Marshall star and the musician welcomed their baby girl on October 2, 2018. Since her birth, the 40-year-old star has been sharing a host of photos featuring her little bundle of joy and the handsome boys in her life, but she had yet to share a picture featuring her entire family-of-five.

There’s no doubt her little princess has conquered the hearts of her older brothers as she’s the only girl and youngest. Kate’s oldest son whom she shares with ex-husband Chris Robinson often takes to social media to share cute family pics, some of which he’s holding his baby sister or giving her a gentle kiss on her little head. He also first shared a photo of all five of them at a family picnic in honor of Mother’s Day. 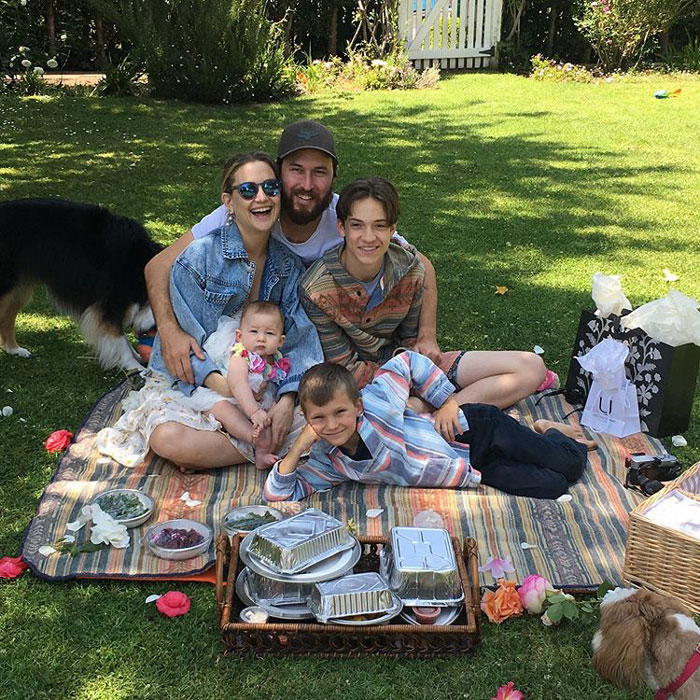 And speaking of Mother’s Day, the Almost Famous star shared a video in honor of Danny’s first Father’s Day. The clip is major cuteness overload as it shows an adorable father-daughter moment of the singer kissing his little girl on the cheek and Rani is all smiles and giggles.

From the look of her snaps, the Fabletics co-founder and her beau celebrated the special day abroad as the past few days they’ve been in Capri, Italy where they attended a Bvlgari dinner and party.