Joe Jonas and Sophie Turner are living a new chapter as newlyweds, but her now-husband once almost kissed another woman: her Sansa Stark double. That’s right! While on the Australian podcast Smallzy’s Surgery, the new bride shared the hilarious yet embarrassing anecdote. “On Game of Thrones I had a photo double that people would do double takes it because she looked so much like me,” she began. “It was insane. Even Joe went up to her at one point and tried to give her a kiss, and then he was like, ‘Oh, sorry, sorry! It’s not Sophie!’” 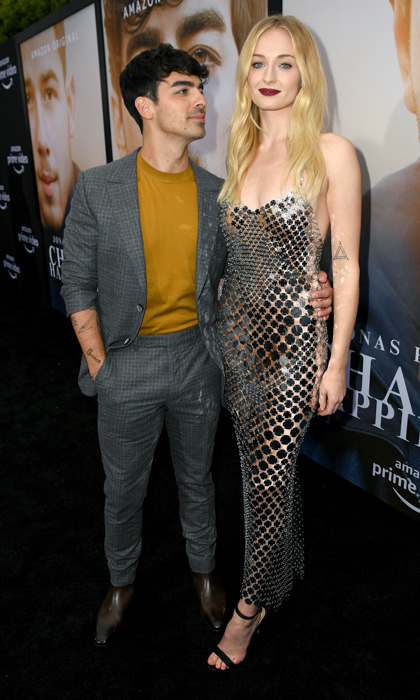 Imagine, that! The GOT crew surely must’ve done a killer job at finding her dopplegänger. But the thought of Joe kissing anyone other than his girl is far from reality as it's evident the lovebirds couldn’t be more in love with each other.

MORE: All the details about Joe Jonas and Sophie Turner's upcoming wedding in France

In his latest interview with Harper's Bazaar where he stars on the first-ever digital men’s cover alongside his bros Kevin and Nick Jonas, the Sucker singer opened up on how the Dark Phoenix actress helped him fix his relationships with his bandmates after the band broke up. “It encouraged me to see she has such a great relationship with her brothers, he explained. “That was really a big thing for me to be able to look at, and say, ‘I gotta get my shit together.’” 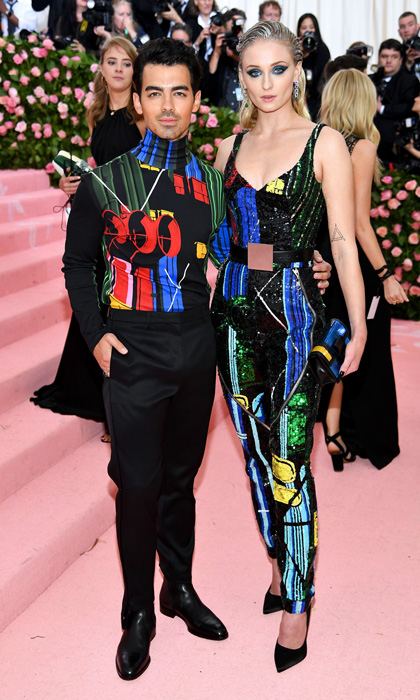 The middle Jonas brother and his 23-year-old wife tied the knot on May 1, 2019, after leaving the Billboard Music Awards. As lovers often do when in Las Vegas, the long-time couple headed to a chapel where they were married by an Elvis Presley impersonator. You may recall, their friend Diplo, who was among their close friends and rest of the Jonas brothers, filmed their nuptials.

Nonetheless, the Mr. and Mrs. are expected to have an over-the-top wedding in France this summer where there will be a wild cake involved, Maisie Williams will be a bridesmaid and guests will witness an in-laws rugby match. Sounds like fun!