Jennifer Lawrence is finally speaking out about the man in her life. The 28-year-old actress and her fiancé Cooke Maroney have been very hush hush about their relationship, but JLaw just dropped some sweet details about Cooke. During the X-Men: Dark Phoenix premeire in Los Angeles, she revealed the reason why she said yes when he popped the question, and (spoiler alert) it's adorable! 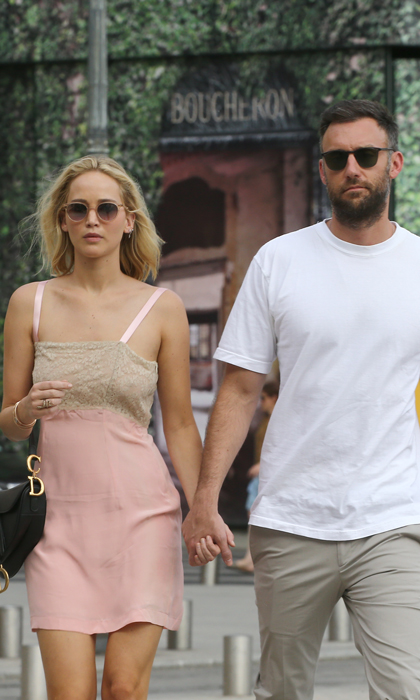 During the X-Men: Dark Phoenix premeire in Los Angeles, Jennifer Lawrence revealed the reason why she said yes to marrying Cooke Maroney

When asked how she knew that he was the ~one~, Jennifer simply replied that it was one of the easiest decisions for her. "Well, he's just the best person I've ever met in my whole life," Lawrence told ET at the TCL Chinese Theatre in Los Angeles, California ahead of the movie premiere. "It was a very, very easy decision."

Reports of her engagement with the 34-year-old art gallery director broke in February after she was spotted wearing a diamond on her ring finger while the two were enjoying a private dinner in New York City. The ring, which is a mega sparkler, is reportedly a 3-5 carat emerald cut rare diamond that is estimated to cost around $200,000.

Jennifer's previous relationship with director and screenwriter Darren Aronofsky ended in November 2017. News broke that she began dating Cooke the following summer in June 2018. Jennifer, 28, and Cooke, 34, have not yet made an official red carpet appreance together, but are occasionally spotted together while they run errands or enjoying dinner dates. 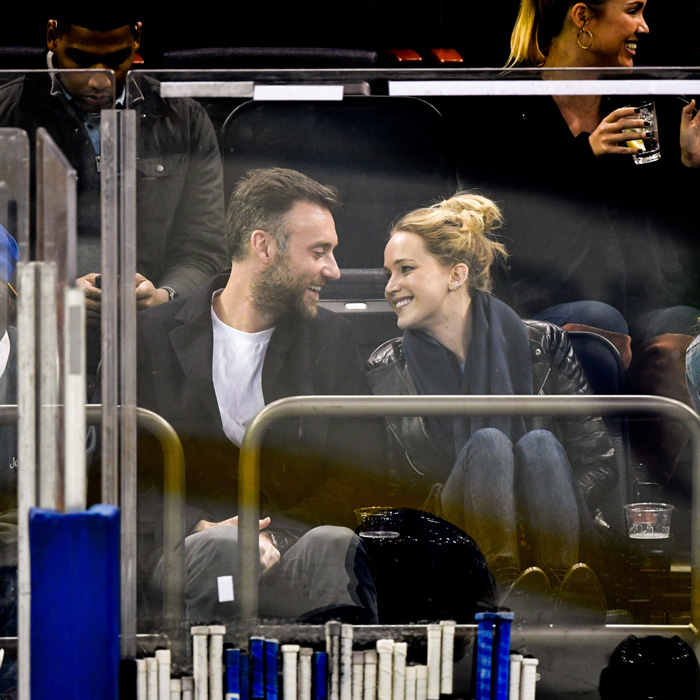 "He's just the best person I've ever met in my whole life," the 28-year-old actress shared about her fiancé

There's no news about wedding plans just yet, but the couple recently threw an engagement party, where JLaw stunned in a gorgeous L Wells-designed peach gown. Until the wedding photos!