Last year, Kim Kardashian, Khloe Kardashian and Kylie Jenner gifted the world with three new Kardashian-Jenner children. Not only were little Chicago West, True Thompson and Stormi Webster totally adorable, these three cousins had something that will forever be epic—their names! If you put the cousins/bffs three names together, you get Hollywood-level combinations. Take for example, Kim K's caption. "A True Chicago Stormi," the Keeping Up With the Kardashians star captioned the most recent photo of the three kids, who look all grown up since the last time they were photographed. 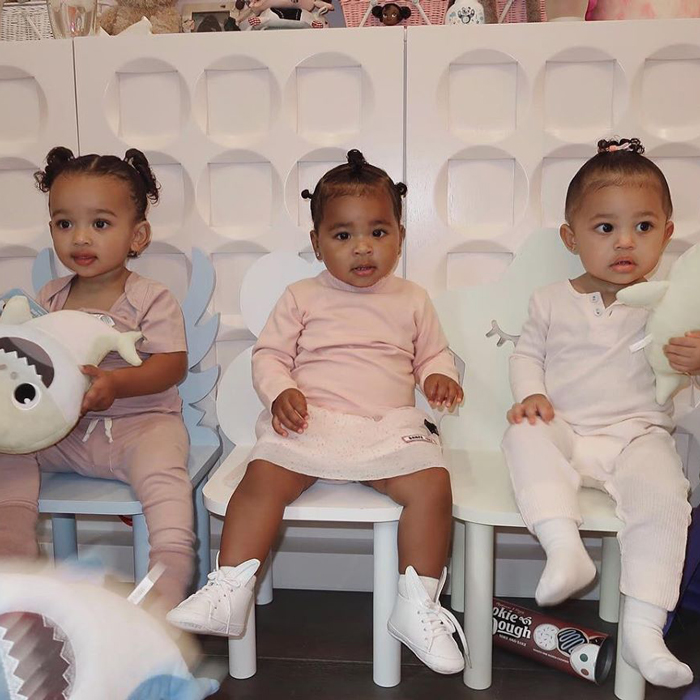 In the precious photo, Chicago and Stormi are sitting on either side of True while holding stuffed toy sharks. Sitting pretty in the middle is one-year-old True. All three children wore similar hairstyles, which caused them to look like literal triplets. Kylie took to her social media and captioned what we're all thinking. "The Triplets," she wrote along with a pink heart emoji.

The Kardashian-Jenner sisters previously shared a similar photo last year on social media shortly after the babies were born. For that picture, the three girls sat in the same order for their playdate.

This sweet photo comes after news that one-year-old Stormi was hospitalized due to an allergic reaction. “Spent the day in the hospital with my baby," Kylie shared. "She had an allergic reaction but is 100% okay now and we are home.” The 21-year-old billionaire makeup mogul has also admitted that having Stormi has changed her perspective on life. “The way that I look at things is a lot more positive and I really feel like my life didn’t start until I had her.” 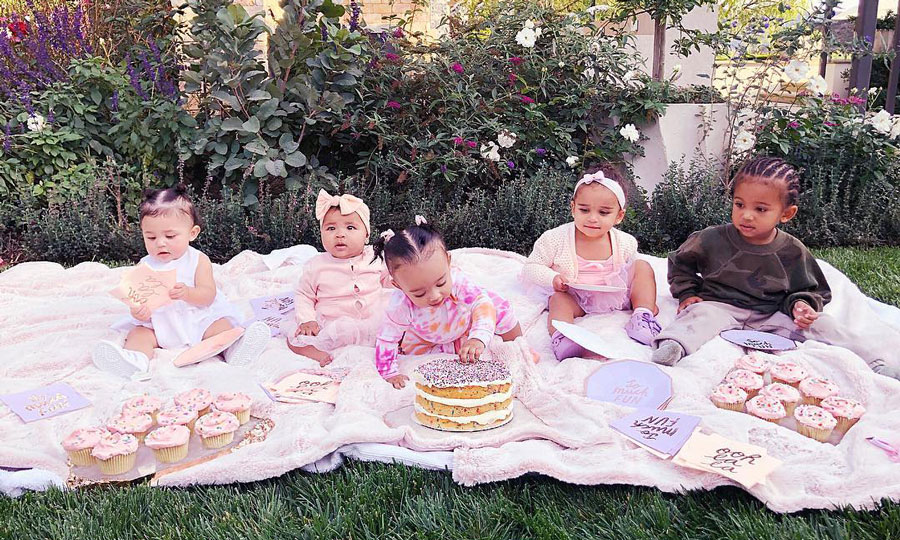 Chicago, True and Stormi aren't the only ones who have playdates in the family. Kris Jenner now has a total of ten grandchildren, so more kid parties (like the cupcake picnic they threw last year) are in the future. "I definitely feel like we are more connected now," Kim previously told E! News about their growing family. "All the kids want to hang out. It's just a whole different experience now. It's so much fun."

Now, hands up if there's anyone else who thinks this photo should become an annual Kardashian-Jenner tradition!