If you don't know her yet, you will. Manuela Alvarez Hernandez is this year's first Sports Illustrated model to come from Medellin, Colombia. She's fierce, fearless and flaunting her Colombian curves for the whole world to see. "Our end goal is to empower women and to make everyone else appreciate what life gave them," she tells HOLA! USA. Manuela already has a huge platform—she has a whopping 80k followers on social media—but her new gig with Sports Illustrated allows her to break barriers on a larger scale for all Latina women. 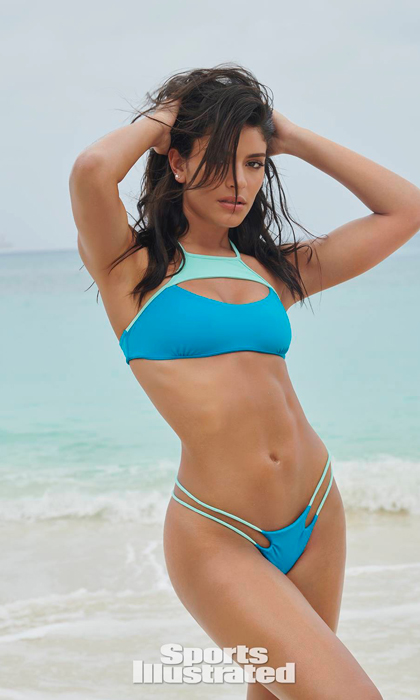 The 23-year-old Florida International University graduate was initially turned down from every single modeling agency in Miami, but as luck would have it, it was in the 305 when she got her first big break, landing the second round of castings for the Sports Illustrated swimsuit issue. The brunette beauty sat down with us to talk all things SI, dieting when you have major love for pizza and her goals for the future.

MORE: Barabara Palvin reveals her parents' initial reaction to becoming a VS Angel 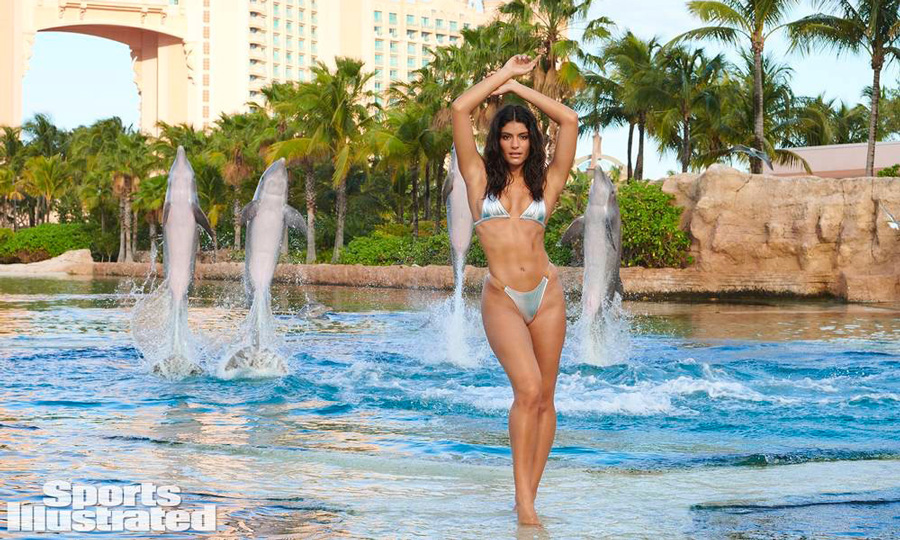 The 23-year-old model won the SI swim search after submitting a video on Instagram Photo: Courtesy of Sports Illustrated

HOLA USA: Where were you when you found out you were going to be part of the Sports Illustrated Swimsuit Issue?
Manuela Alvarez Hernandez: "I was actually at home because we had gotten an email saying that we had to be available that day. They actually Skyped us, and I found out I was going to make Top 6 and was going to be in the magazine. I could not believe it! It was honestly the longest hour of my life, just waiting for them to call me."

Can you tell us about your audition?
"So I entered the SI swim search through a video that I posted on Instagram. They had an open call going on, and I decided to participate in the Instagram video submission. I then got chosen to go to the second round of the casting, which was in Miami. And that’s how it all got started."

Who encouraged you to enter the contest?
"One of my good friends at the time said to me, ‘Manuela, just go for it. You have nothing to lose, and if you don’t make the video casting then you can go to the in-person casting call that they’re holding in Miami.’ Two days before the video was due, I found the courage, and I didn’t let my fears stop me. I reached out to Casey, who’s a videographer in Miami and went ahead and recorded the video and posted it the next day."

Can you tell us about the photoshoot and the most memorable part of it?
"We shot in the Bahamas, which was really exciting for me because I had never been to Atlantis. The night that we got there, we had our fitting and that was probably one of the most memorable parts of the shoot because I got to participate and help MJ [Day] and the whole team pick out my outfits. It was really nice because they did care about what made us feel comfortable and what our opinions were."

Were you nervous?
"During hair and makeup, I didn’t feel as nervous, and I was telling myself, ‘Oh, I got this. This is no big deal. This is just another shoot.' Once we actually got on the sand and it was getting closer for me to get in front of the camera, I started getting super, super anxious and super nervous, but SI made me feel confident. After we did the few first shots, it came to me and I felt so comfortable. We also got to shoot with some animals, which was really cute."

Olivia Culpo, Barbara Palvin and Jasmine Sanders are a few of the names in the issue—did you get close to any of them throughout this process?
"I never got to shoot with them, but we were all in Miami for the launch of the magazine. I did get to hang out around them and talk to them. I’ve been looking up to these girls for so long because they’ve been with SI doing other big things, so it was really cool to be able to be in that same space and being in the same magazine they are in is a dream come true."

Did any of the SI veterans give you advice?
"It really comes down to being confident in yourself and not letting your insecurities get in your head. We all strive for the same thing—empowering each other. Our end goal is to empower women and to make everyone else appreciate what life gave them, so that’s probably the best piece of advice that I’ve gotten from everyone on the team." 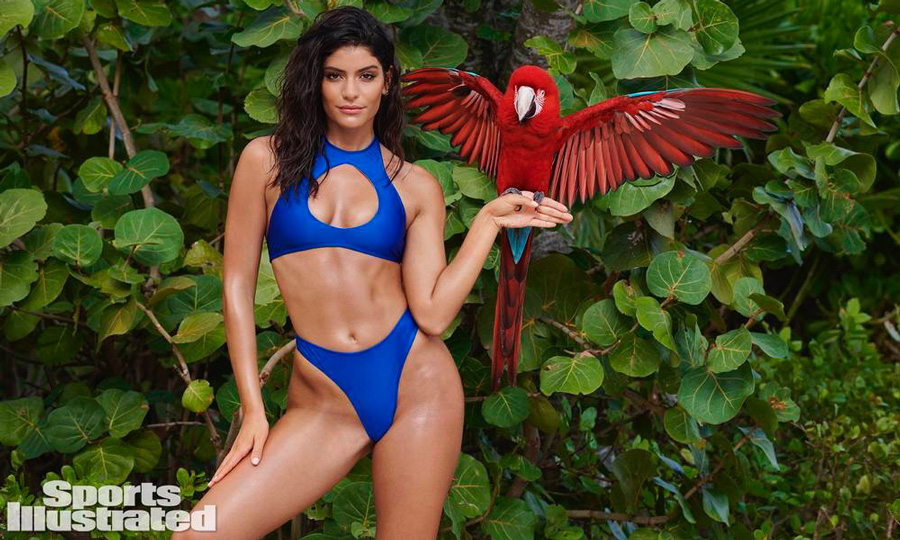 "The fact that I’m following my dreams, and I get to be myself and represent Latinas is truly an honor," Manuela tells HOLA! USA Photo: Courtesy of Sports Illustrated

Do you have any models you look up to?
"Cindy Crawford—she is an icon. And Tyra Banks. I used to watch her on America’s Next Top Model for the longest time. The fact that she’s on the cover of the magazine and the issue that I’m in for Sports Illustrated is just insane. I still can’t believe it."

How does it feel being the first Colombian SI model?
"It’s an honor, and for me, it’s huge because coming from Medellin and moving to the US, I didn’t really think that my life was going to take this direction. The fact that I’m following my dreams, and I get to be myself and represent Latinas is truly an honor."

Modeling can bring you to so many places, where would you love to travel?
"I want to travel all over the world. I still haven’t left the Americas at this point in my life, so I just honestly want to go everywhere and just see the world and get to experience other cultures."

Did you have a beauty and health regimen to prep for this gig?
"I knew that the day of the shoot I wanted to feel my best and feel confident. A few weeks before, I did work out a lot. I would go to the gym once or twice a day every single day. I tried to cut out dairy, meat and tried to have mainly a plant-based diet. It was really hard for me just because I love food. I love pizza; I love carbs. It really did take a lot for me to restrain myself from eating meat and all the fried foods and all the good stuff. That’s probably the best shape I’ve been in in my life."

Being an SI model calls for a lot of bikinis—do you have a favorite or go-to style for swimsuits?
"Oh my gosh, I love a cheeky bottom. I love tanning and I love being in a bikini, but I definitely have to say cheeky is my favorite."

You’re now a Sports Illustrated model…what’s next for you?
"I have so many goals in life. I would love to get signed in New York. That’s definitely the next challenge. Victoria’s Secret would also be another huge dream come true and another way to show people that we’re breaking barriers. I want to do it all. I am in the SI Swim Search, and it would mean the world to me to keep on working with the Sports Illustrated family and to hopefully make it to be a Rookie next year. So winning the SI Swim Search would be another huge goal."