Zoë Kravitz is a married woman! The 30-year-old actress reportedly secretly married her fiancé Karl Glusman. Us Weekly reports they are “legally married,” but they still want to continue their plans for a traditional wedding in France in June. The couple got engaged in February 2018 but took their time in announcing it to the world. Zoë casually shared the news on her Rolling Stone cover story when she said, “Oh yeah, I’m engaged. I haven’t told anyone yet– I mean I haven’t told the world. I wanted to keep it private.” And she really did! 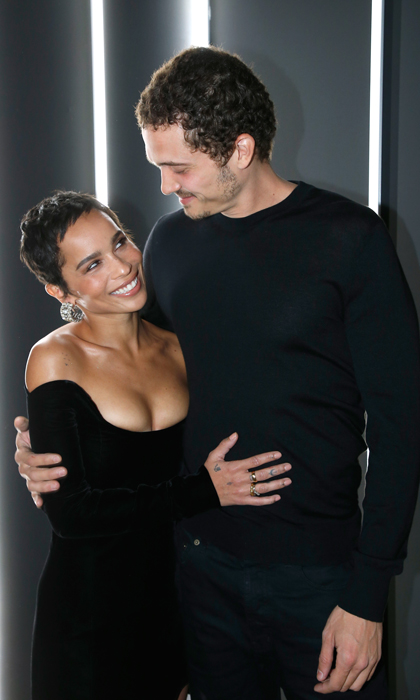 Unlike many successful love stories, the Big Little Lies star and Love actor’s romance began at a bar. The two were at a bar with mutual friends and though Karl had a crush on her from afar, he was too nervous to talk to her. So Lenny Kravitz and Lisa Bonet’s daughter made the first move by inviting him to an after-party with friends just as he was getting ready to leave that night.

A year-and-a-half later, the 31-year-old quietly proposed to her at home with a gorgeous sparkly stunner. “He nailed it,” she said in her interview, referring to the vintage diamond design on her left ring finger. It had been the exact ring she had been dreaming about. “I love that it wasn’t this elaborate plan in Paris. It was home. In sweatpants,” said Zoe of the cozy proposal. 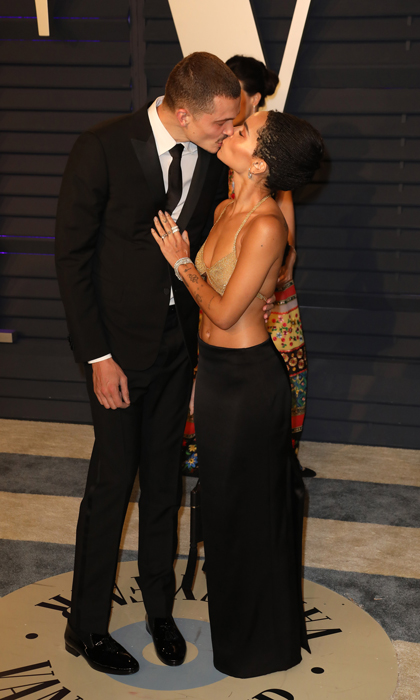 Initially, Karl had planned to propose in Paris, but after his plans fell through due to work, he instead popped the question at home. Although she has yet to reveal any details of their upcoming wedding, we can imagine it will be a star-studded extravaganza complete with a live performance from her father. How cool would that be? Congrats to the new Mr. and Mrs.!