Congratulations are in order for Eva Longoria and José Bastón! The couple celebrated their third wedding anniversary together, and the best part? They're kicking off the lovely festivities in Cannes. The 44-year-old actress and her family are currently in France for the Cannes Film Festival, but between all the star-studded red carpets and swanky soirées, they took a moment to celebrate their ~love~ in a very romantic way. 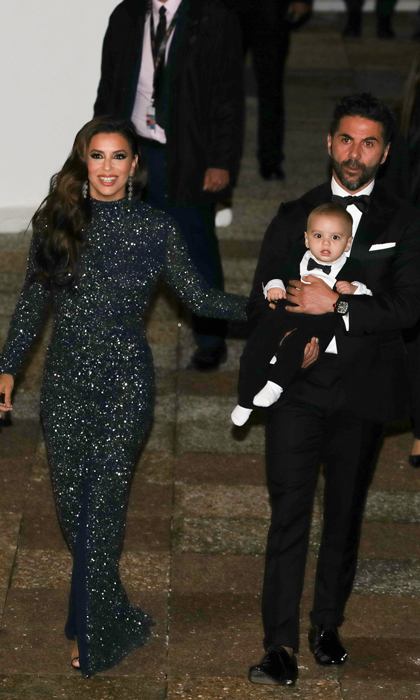 Eva and José, along with their 10-month-old son, Santiago headed to Bruno, one of their favorite restaurants in France. The chic eatery, which specializes in truffles, is located in the North region of St. Tropez. It has good views, and from what we can tell, even better food. "I'm here at my favorite restaurant in the world...Chez Bruno," Eva told the camera in her Instagram story.

MORE: Santiago Bastón gets suited up for first Cannes event with mom and dad

The family was joined by several of their friends as they enjoyed an array of dishes paired with different wines. Also part of the party was baby Santi. He was filmed taking a bite out of the table bread. "My little bread monster," Eva lovingly called him in the video.

The Desperate Housewives alum also posted a sweet photo of her husband cradling their baby and captioned, "My loves...". Eva has been documenting her son's first journey through the Film Festival, and he even made his first red carpet appreance alongside his parents on Monday, May 20 when they attended the Global Gift Initiative Gala. 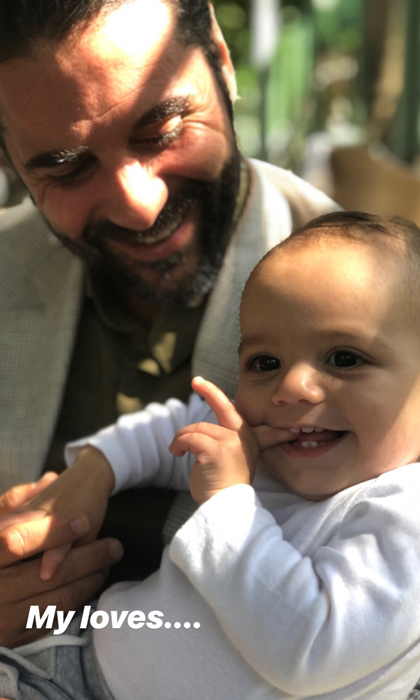 The family headed to Bruno, one of their favorite restaurants in France, located in the St. Tropez region Photo: @evalongoria

Eva and Jose tied the knot three years ago in a lavish wedding held in Mexico. Together they have four children—their first child Santiago and three from José's previous marriage. It's a big family, but they're used to it. "We have three children already, I have three stepchildren so it’s not like it’s anything new," she previously told HOLA! USA. There's still a few days left of Cannes, so here's to hoping baby Santiago makes a second red carpet appreance alongside his mom.