Kim Kardashian and Kanye West have finally revealed the name of their fourth child - and it's just as epic as you would expect! Welcome to the world, Psalm West! The big reveal came when the Keeping Up with the Kardashians star posted a tender photo of the sleeping baby on her Twitter account, a screenshot between her and hubby Kanye, where the rapper poetically wrote, "Beautiful Mother's Day / With the arrival of our fourth child / We are blessed beyond measure / We have everything we need." The baby boy, and apparently Chicago West lookalike, was born on Friday, May 10.

Previous reports had the stars potentially naming their boy "Bear" due to fans reading between the lines by carefully analyzing Kim's most recent social media posts and baby shower that featured, well, bears. Some thought Teddy or Theodore, but it seems all were way off base as the reality stars opted for a much more biblical name.

While the word "psalm" refers to a sacred song or a sacred hymn, the more popular denotation comes from the Book of Psalms, a book from the Bible comprising a number of religious verses used in both Christian and Jewish worship. Given that the couple has chosen very meaningful names for their children, it comes as no surprise that baby Psalm wouldn't be gifted in the same way. The baby, who was born via surrogacy, joins siblings North West, five, Saint West, three, and previous baby of the household, Chicago West, who recently turned one-years-old. 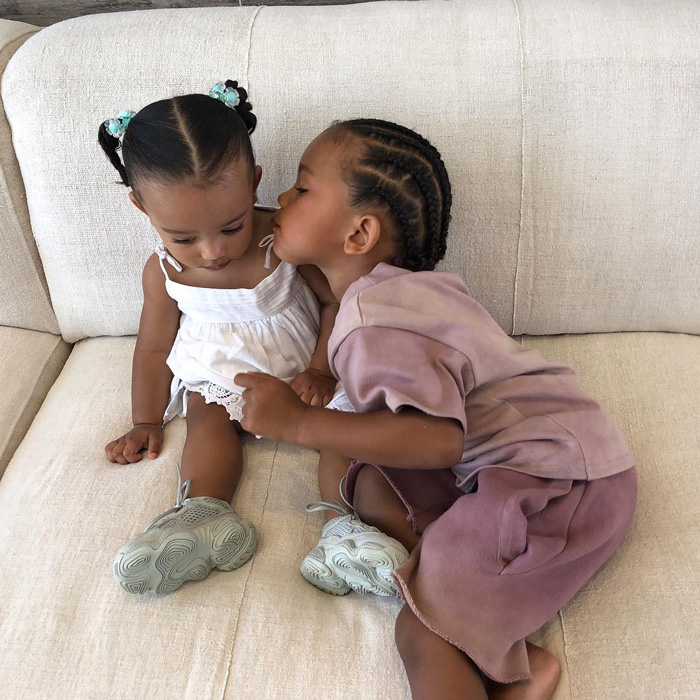 "My babies are my life!" Kim Kardashian captioned this photo of Chicago West about to get a little kiss from brother Saint West Photo: Instagram/kimkardashianwest

True to form, Kanye's inspired writing to Kim while sharing a photo of their son, seems lyrical. "We are blessed beyond mesure / We have everything we need." The baby will join a happy, busy, ambitious and creative household, with Kim studying to become a lawyer, Kanye (reportedly) becoming a preacher and North West directing music videos from one of the hallways of the family's larger-than-life mansion.

Welcome to the world, baby Psalm! We eagerly await your first milestones, and we look forward to finding out if you say mama or daddy first!