Although Eva Longoria has been gracing the 2019 Cannes Film Festival red carpet in a slew of stunning gowns, her visit on French soil suddenly took an unexpected turn as the actress underwent emergency surgery. HOLA! USA has confirmed that the former Desperate Housewives star arrived days before the Cannes Festival, but before crossing the doors of the Palais des Festivals, she had to make a quick stop at the Simone-Veil hospital due to severe stomach pains which she suffered on Sunday, May 12. It was where she received her diagnosis: appendicitis. 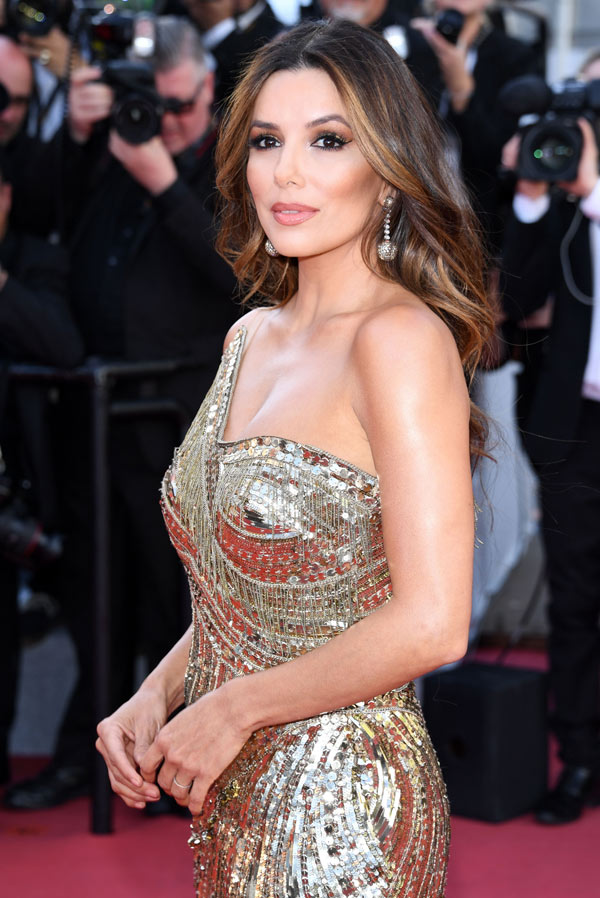 Thankfully, the actress was successfully operated on and is now stable, completing the agenda she had originally planned. Once recovered, the 44-year-old was back in her heels and prepared to show off her glamorous outfits (and stunning post-baby body!) as a L'Oreal Paris ambassador. On Tuesday, José Bastón's wife took on the spotlight in a beautiful pink satin dress by Alberta Ferretti. The blush number featured a drapey, off-the-shoulder silhouette and sparkly sequins.

MORE: Eva Longoria takes baby Santi to the Cannes beach – but look how much he hates the sand!

This week, the mom-of-one enjoyed La Croisette accompanied by her little man, Santiago Enrique Bastón. Eva took to Instagram stories to share clips of their visit. From the glimpse at her clips it appeared Santi - as the actress calls him - did not like the texture of the sand. In the short videos one can see his bare feet hardly touched the ground, and he quickly hurried back to his mother's arms – adorable!

MORE: Teamwork! Eva Longoria shared how many people it took for her Cannes blowout

The Cannes Film Festival runs until May 25 and stars such as Penelope Cruz, Julianne Moore, Selena Gomez, Alessandra Ambrosio, Elle Fanning, Tilda Swinton, Bella Hadid, Priyanka Chopra and many other A-listers have paraded over on the festival’s red carpet. Be sure to check out our style round-up for the best in Cannes Film Festival fashion!