If you're obsessed with all things YA novels, then you probably know that the latest teen craze The Sun is Also a Star is hitting theaters this weekend (May 17), and is starring Riverdale heartthrob Charles Melton and Grown-ish star (and future President of the United States) Yara Shahidi. Besides the legions of millennials who will line up at the movies, there's another mega fan who can't wait to see the flick—that'd be Camila Mendes. The actress wrote an incredibly sweet note to Charles, her boyfriend IRL, ahead of the movie's premiere and showed us the definition of #couplesgoals while walking the red carpet. 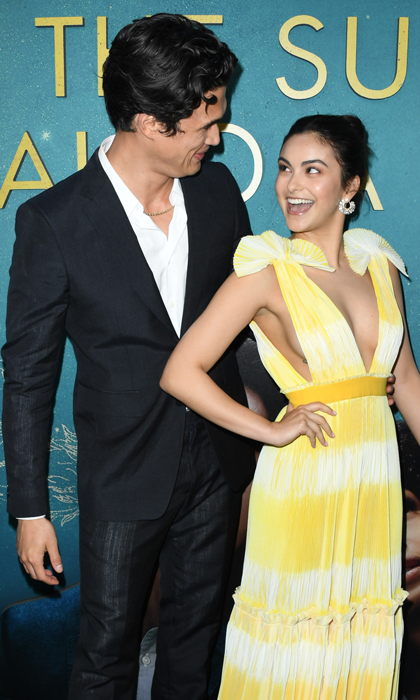 The 24-year-old actress shared on her Instagram about how proud she is of Charles. "I remember the day @melton told me about this project. we were still just friends then. he hadn’t even been cast yet. they hadn’t even started casting. all he told me was “i’m going to play this role, i am daniel bae.” aside from having the biggest heart out of anyone i know, his passion and tenacity are part of the reason i fell in love with him," she wrote.

The couple don't usually share intimate details about their relationship, but in her message she revealed their love/logic dynamic. "Watching him throw his entire heart and soul into this story of love taught me a lot about the kind of person he is. i’m probably sharing too much, but before we started dating he’d often get mad at me for trying to bring logic into love. he taught me that love doesn’t have an explanation, it either exists or it doesn’t. it was his vulnerability not only as an actor, but also as a man, that taught me that valuable message, one that is so relevant to this film," she shared, adding that she "can’t wait for the world to see" what a great artist Charles is and the hard work he put into this project.

MORE: Camila Mendes talks dating her Riverdale co-star - and reveals the hilarious nickname he calls her

In case you don't know, The Sun is Also a Star tells the story of two teenagers—Daniel Bae and Natasha Kingsley—who meet one day in New York City and fall in love with each other over the course of one day. He's a hopeless romantic, while she's a realist and injects logic into everything, including love. According to Camila's Insta post, this story is (squeal!) basically the love story between Camila and Charles.

The actor previously shared how meaningful this project was for him. "10 months ago @nicolayoon posted a pic of her book “The Sun is Also A Star” asking who should play Daniel," he wrote. "That same day i bought the book and read it in two days. Those 10 months led to destiny today and i am so excited to be a part of this film opposite of the lovely @yarashahidi." 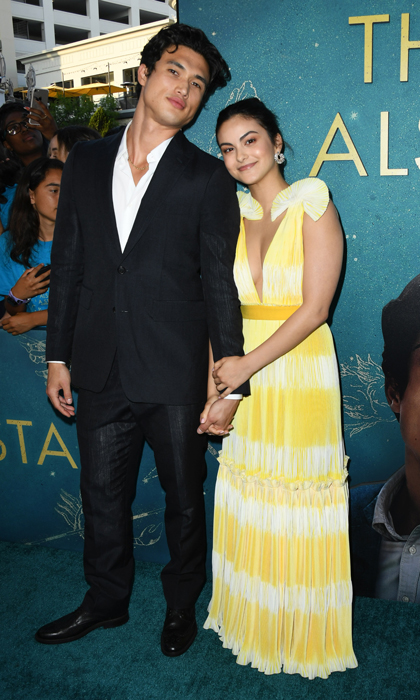 If that's not enough swoon-inducing info, Camila and Charles also arrived at the world premiere of the film in LA looking completely ~in love~. She glowed in a bright, yellow dress, while he looked dapper in a classic, black suit.

Now, do yourself a favor and buy tickets to the film because you too will be in love.