HOLA! USA’s beautiful cover star Roselyn Sanchez was one of the famous faces to attend the Premios Platino on Sunday night in Mexico’s Rivera Maya. And before making her entrance at the Teatro Gran Tlachco in Playa del Carmen, the multi-talented actress – who features with her gorgeous family in the new issue, which is available to subscribers on May 6 and on newsstands on May 17 – dropped by HOLA!’s Platino Room in the Xcaret Mexico Hotel. She spoke to host Daniela Di Giacomo, revealing how a suitcase mishap meant the trip from LA to the Mexican Caribbean almost ended in disaster for her husband Eric Winter – and how William Levy stepped in to save the day. 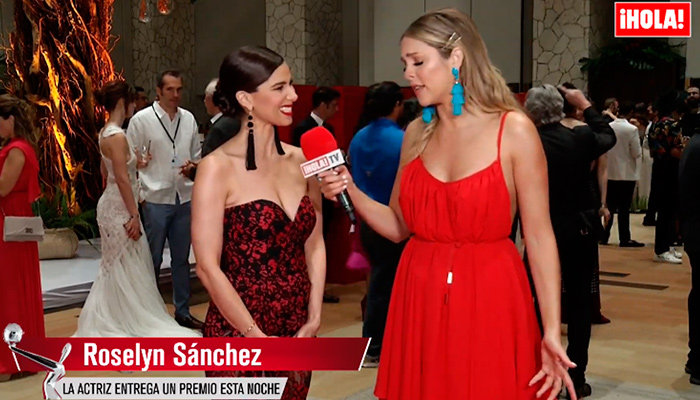 RELATED: Just like hermanas - the incredible friendship between Eva Longoria and Roselyn Sanchez

The Puerto Rican actress, who wore a spectacular dress inspired by Spanish culture, said: “The flight was in the morning. We left from Los Angeles, we arrived at United counter and he shouts: 'Ross, I forgot my suitcase!' Since we were early, his mother was able to take his suitcase to the airport. She got it to us on time, although we almost missed the flight,” explained the 46-year-old star.

Problem solved – but that wasn’t the end of it. "We’re on the flight – all good,” continued Roselyn. “We get off the plane, we’re on our way to Hotel Xcaret Mexico and he says: ‘Ross I left my suitcase on the plane!’.” Eric, who took part in the HOLA! Platino Room TV broadcast at the Xcaret Mexico Hotel, explained that these things rarely happen to him and it’s Roselyn who usually suffers such mishaps. He said: "I never make these mistakes, I always have it under control. It’s her usually! And this time it happened to me." 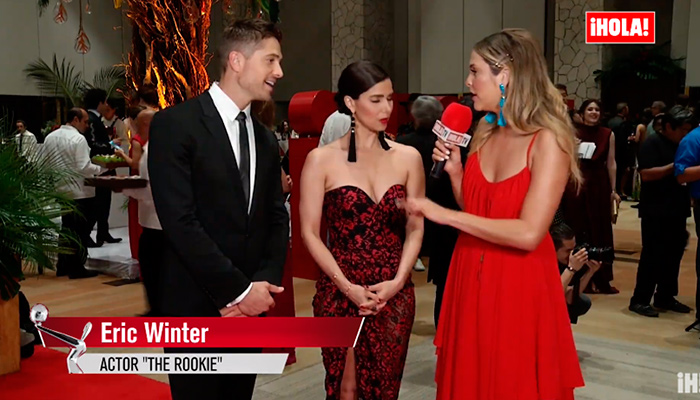 How did they solve the fashion disaster? Fortunately, an actor pal came to the rescue. "William Levy, all loving and wonderful, lent him a suit," said Roselyn. The Cuban star saved the day! William’s kind gesture saved Eric and his wife from having to dash out and make emergency purchases.

Roselyn reveals all about her HOLA! USA cover shoot

The actress shared how she loved the photo session with her family and revealed that they had an incredible time: "I’m super grateful. The shoot by Omar Cruz was incredible. They took amazing care of us. We're going to frame the photographs!"