This has been a big week for A-list arrivals! Not only have we had a royal baby debut, now it has been confirmed that Kim Kardashian and Kanye West will be parents-of-four any minute now. Kim had been scheduled to appear on Ellen Degeneres' show taping on Thursday, but instead sister Kourtney Kardashian became a last-minute replacement for the special Mother's Day show. The reason? Kim and Kanye's surrogate went into labor!

Kris Jenner was on stage set to be surprised by Kim, but it was Kourtney who walked onto the set with six of the momager's grandkids and announced: "So, my mom doesn’t even know this, but Kim’s surrogate went into labour, so she’s at the hospital."

The soon to be new grandma exclaimed: "What! What are we doing here?" 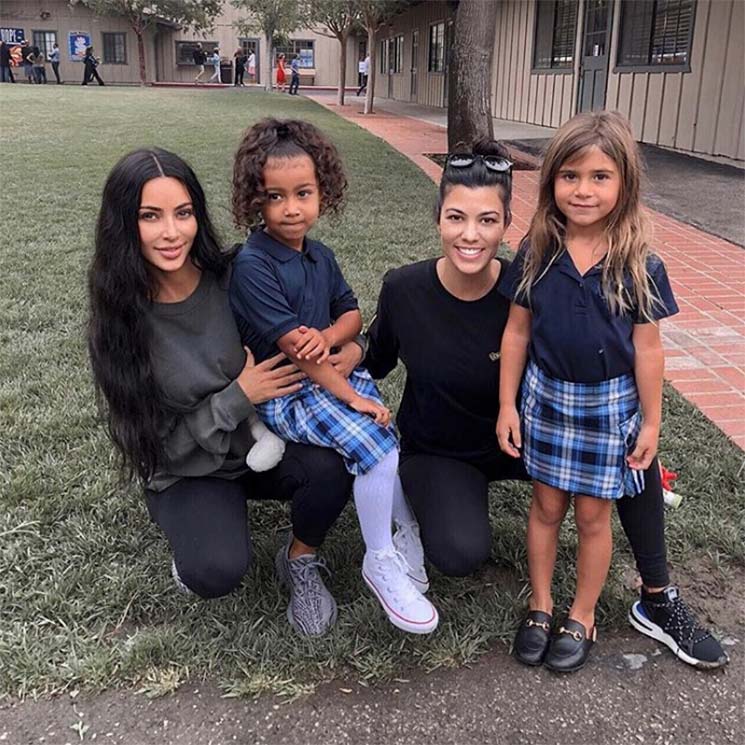 Host Ellen let the cat out of the bag on Thursday night, tweeting: "I surprised @KrisJenner with 6 of her grandchildren. Then I surprised her with one more. Sending love to you, @KimKardashian and @KanyeWest! @kourtneykardash."

Kim had previously confirmed that she and her rap star husband were expecting a boy, a little brother for North, Saint, and one-year-old Chicago.

Baby girl Chicago was also born via surrogate, arrived on January 16, 2018, but fans had to wait more than a month to see the first pictures of the newborn. Since then, though, we've been able to watch her grow, and for her first birthday Kim shared a number of fantastic images of the little girl's amazing Alice in Wonderland themed party.

There has been no official word of baby #4's birth so far, but it shouldn't be long no! And there's no doubt Kardashian fans can expect the couple to post some pics of their adorable family of six sometime in the future.