You better work! Tyra Banks has made her return to Sports Illustrated! The 45-year-old appears on the cover of this year’s Swimsuit Edition – 22 years after making history as the first black woman to cover the coveted issue. “Being the first black woman on the cover, I didn’t dream it, because I didn’t think it was possible,” the model told the magazine. The America's Next Top Model host proved that age isn’t just a number as she turned out multiple looks for the spread. 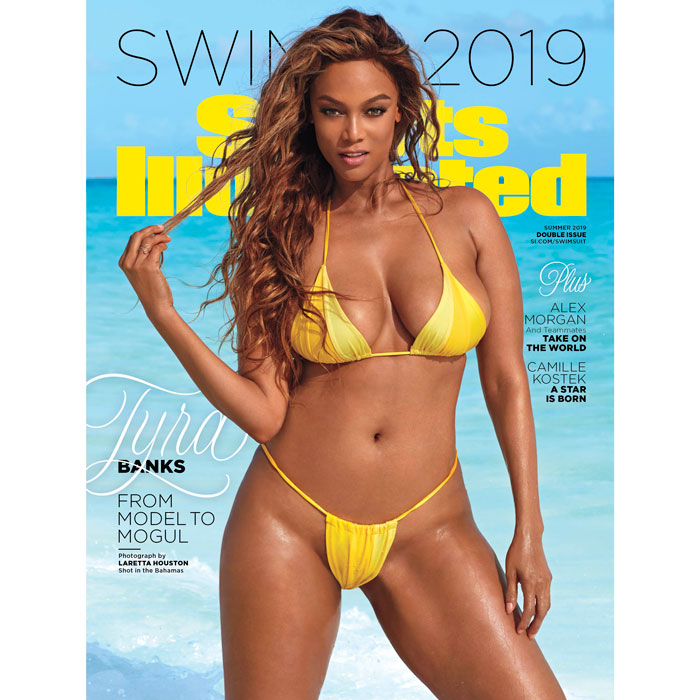 For the cover, Tyra stuns in a sexy barely there yellow bikini. Inside the magazine, the Life Size star poses in the polka dot suit from her historic 1997 cover. Since retiring, the model has welcomed her three-year-old son York. The former talk show host admitted that things have changed since she last appeared on the magazine, but she is definitely embracing them. “Well my body is different,” she noted.

MORE: This actress revealed she is starring alongside Tyra Banks in Life Size 2

“My boobs are bigger. My booty is bigger everything is a little bigger. At first it made it like I’ve got more stuff to work with’ and at first it was a little more difficult. But after the first shot, I was like ‘I got this.’” Now that she is out of retirement, Tyra – who goes by BanX, is feeling the love. The superstar took to her Instagram to celebrate the cover. 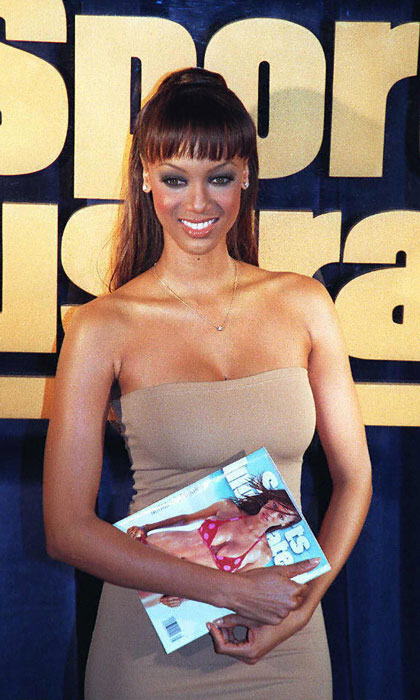 The supermodel made history as the first black woman to have a solo cover for the magazine in 1997 Photo: Getty Images

MORE: Tyra Banks gets candid about her journey to motherhood

“This is for everybody that has been told that they are not good enough because of their body, their age, their everything. #BanX is here to tell you that you ARE friggin’ fierce no matter what anybody says! Drop mic now! @si_swimsuit 2019.” Another post read: #Thankful for your fierce love and support all these years. #BanX." Tyra is joined by soccer star Alex Morgan and model Camille Kostek.