Amal Clooney has laid down the law! George Clooney recently revealed that his wife has banned him from riding motorcycles – after his accident in 2018. “I got into a really bad accident,” the 56-year-old told the crowd during the Catch-22 panel in New York City. “I hit a guy at 70 miles an hour on my bike. Got launched. And so, I’m off of bikes.” George is in good company. The actor shared that Catch-22’s executive producer Grant Heslov is also banned from any two-wheeled vehicles. 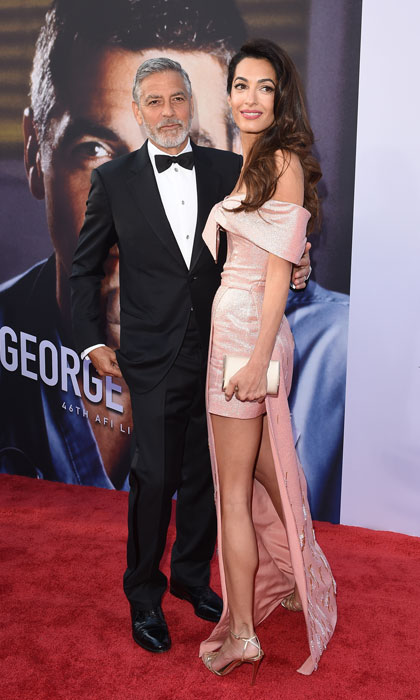 “Grant’s off,” he added. “We screwed up and our wives were like ‘You can never get on a bike again.’” On July 10, the Money Monster star was riding his scooter near Olbia when he was struck by a car and thrown 20 feet in the air. The fall caused is helmet to shatter on impact when he hit the ground. The father-of-two suffered minor scrapes and a bruised pelvis. After the accident, George’s rep released an update. He is recovering at home and will be fine.”

Two days later, the veteran actor was spotted boarding a plane with the help of his wife. The incident occurred while George was on the set of the Hulu miniseries. A week after the accident, George was all smiles and in good spirits as he made his way back to the set. It’s no surprise that star is following his wife’s rules. The pair were married during a lavish wedding ceremony in Italy in 2014. 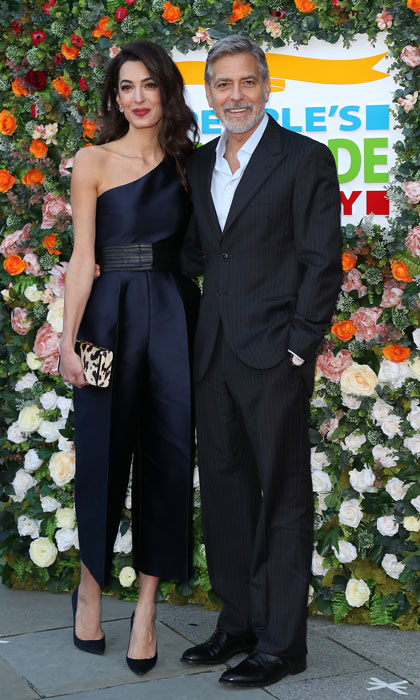 The Catch-22 actor was thrown from a bike in Italy in 2018 Photo: Getty Images

The human rights attorney and the Oscar-winner welcomed their twins Ella and Alexander in 2017. Last year, the Tomorrowland actor opened up about his relationship with his wife. “I met someone who I would absolutely trade my life for,” he told David Letterman. “I met someone that her life meant more to me than my life. I’ve never had that experience before.”