Cardi B won big at the 2019 Billboard Music Awards. She was nominated for 21 awards and scored six big wins, including Rap Female Artist and Rap Song of the year. Besides taking home the trophies, she also looked extra fresh and extra in love—she wore a gorgeous yellow gown that showed off her rock hard abs and was photographed getting cozy with her husband Offset. She looked incredible, but in a candid interview, the singer revealed that since giving birth to her daughter Kulture, she's seen a surgeon for a cosmetic procedure. 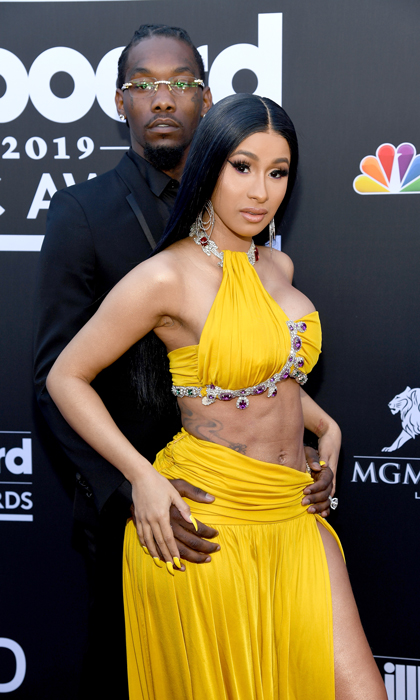 "I just got my boobs redone," she told Entertainment Tonight on the set of her upcoming campaign shoot with Fashion Nova. "I feel good, but then sometimes I feel like not, you know?" The I Like It singer also shared the reason she decided to get the procedure, saying her nine-month-old daughter Kulture had ruined her physique.

Cardi also opened up about her "mom guilt" and how she deals with juggling her busy schedule with her mom duties. "I do experience that mom guilt, you know? She's here, but it makes me sad sometimes because it's like, 'Oh my gosh, all that traveling,'" she explained. "I know her sleeping schedule is getting a little messed up ... every single time that she gets on an airplane, it's all good until the landing. She starts crying, and I just [feel] so sad because I know the pain, you know, when your ears pop." 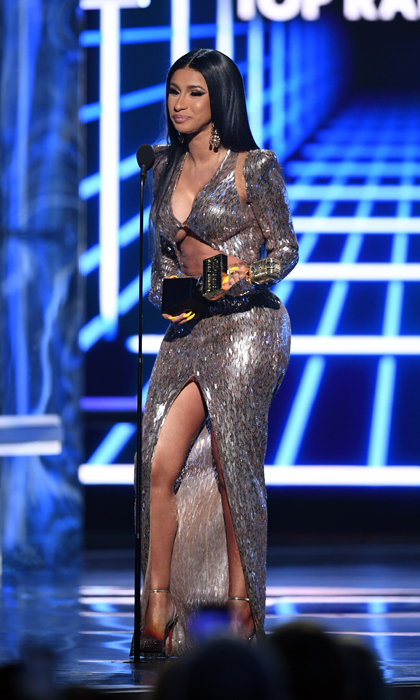 Although she sometimes takes her baby Kulture with her to work and occasionally on a privately chartered plane, she can't always take her on a job, which grieves her. "Sometimes I wake up in the morning and she's in my bed and I just want to cuddle and [I can't]," she said. "It is getting harder because she knows me. She recognizes more now and that's, like, you can just tell she wants me to be there."

Cardi dominated the Billboard Music Awards and next up, she's debuting a brand new Fashion Nova collection. The singer gave the upcoming collection a shout out during an acceptance speech. Dropping May 8, the 107-piece collection (ranging from $29-$99) promises "high fashion on an affordable budget" and will feature items inspired by previous decades of fashion, including the Eighties and the Nineties. "This one is different than the first because we have more color. We have more cutouts, it's more fun," she revealed. "It's more summertime, but it also has that Matrix look that I like."