In a surprise turn of events that even Bran Stark, aka the three-eyed raven, could not have predicted, Sophie Turner and fiancé Joe Jonas sealed the deal and got hitched less than two hours after the 2019 Billboard Music Awards. In true Las Vegas fashion, the long-time couple obtained a marriage license on Wednesday, May 1, in Nevada, according to E! News. Talk about a 'jump' in the dark! (No Game of Thrones spoilers here, thank you very much!) 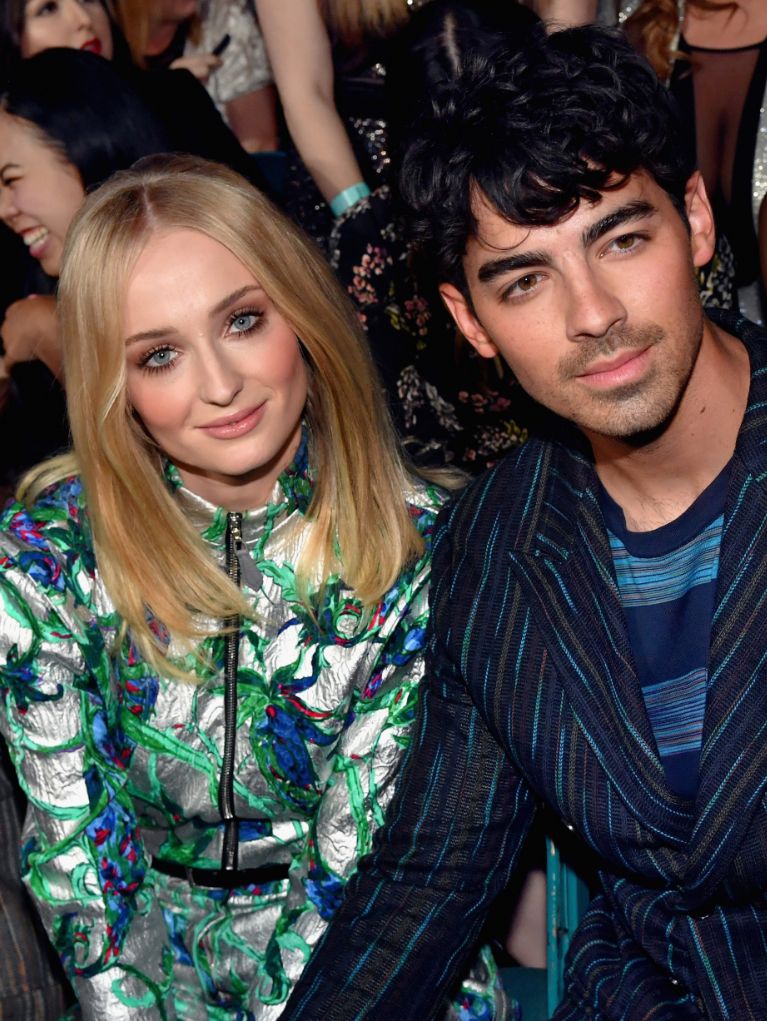 The GoT beauty and the middle Jonas have been dating since November 2016. They were engaged just eleven months later, and now, the couple is the newest Mr. and Mrs. Jonas — eight months after younger brother Nick Jonas married actress Priyanka Chopra, in what Joe hilariously referred to as Nick's "18 weddings." It seems Joe and Sophie got wrapped up in the Vegas vibe and said I do before a small celeb audience, which included Diplo, Dan + Shay, and of course, the rest of the Jonas Brothers.

RELATED: PRIYANKA, SOPHIE AND DANIELLE ARE THE JONAS BROTHERS' NUMBER ONE FANS AT THE 2019 BILLBOARD MUSIC AWARDS

Fans quickly caught wind of the nuptials when the DJ started posting the ceremony on his Instagram Stories. "Gonna hit this wedding real quick," Diplo wrote. Walking into a large room complete with an audience, Sophie made her way 'down the aisle' wearing a veil and white pantsuit. Unsurprisingly, an Elvis Presley impersonator presided over the ceremony. Once the happy couple exchanged vows, they skipped over the typical wedding bands and swapped ring pops instead!

MORE: BILLBOARD MUSIC AWARDS 2019: SEE ALL THE CUTE COUPLES ON THE RED CARPET

Joe seemed to have pushed up their wedding date as he initially said that he and Sophie would marry summer 2019. This doesn't necessarily mean there won't be a big bash to follow, as back in March, the 29-year-old Sucker singer also promised a "flag rugby game at the [summer] wedding and a flag football game."

In an interview with The Late Late Show TV host James Corden, Joe further joked that, "if all the groomsmen show up with black eyes and broken arms, [he would] be very proud." Joe said during his interview with James, "I’m looking forward to it; it’s going to be a lot of fun,"

Here's to the happy couple, and are we ever so glad this wedding was nothing like the infamous Red Wedding!