Cristiano Ronaldo is thriving. He just came off a historic win this weekend at the Italian championship Serie A match between Juventus and ACF Fiorentina and now he's straight up flaunting his rock hard abs. The Portuguese soccer player posted a sizzling photo of himself on Instagram showing off his perfect physique and—most importantly—only wearing underwear. Scroll for the piping hot tea, ladies! 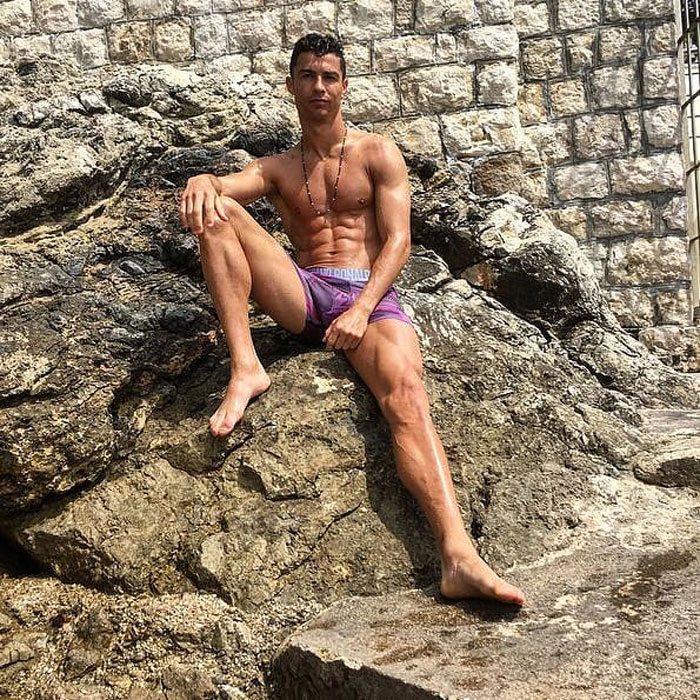 The soccer player posted the photo along with the wink emoji as the caption. Many fans took to the comments to praise Cristiano for his body. "MACHINE," one user wrote. "Achieved it all and going for more." Another wrote, "You are the greatest of all time bro."

This isn't the first time Cristiano posts a photo of himself displaying his body. He previously shared a photograph of himself in a bathtub recovering from a soccer match. Another picture sees him enjoying a pool day, captioning the photo "sem filter," which translates to "no filter."

On Wednesday, the soccer player also revealed his new sizzling underwear campaign for CR7 Underwear, which sees him sporting different underwear that represent a variety of superpowers. "My superpowers? Power, Strength, Belief and, of course, my @cr7underwear," he captioned. "What are yours? New campaign out today!"

See below for the incredibly hot photos and please insert an infinity amount of fire emojis:

It's not just Cristiano who takes care of himself. His girlfriend Georgina Rodriguez, who recently collaborated with lingerie line Yamamay, is also known to treat her body like a temple. "I like to take care of myself," she told HOLA! USA. "Doing sports and having a balanced diet. I try to eat organic food and avoid anything too heavy. I don't have a strict diet, I do treat myself from time to time. Life wouldn't be much fun without guilty pleasures!"

So it's pretty clear that in the Cristiano household, there are few cheat days, but we're here for it!