The phrase 'long time no see' could not be more fitting for actresses-turned-fashion-designers Mary-Kate and Ashley Olsen. The twins, who now prefer to lead more private lives, stepped out for a rare red carpet appearance in New York City Thursday night for Youth America Grand Prix’s 20th Anniversary Gala. The 32-year-old former actresses appeared twinning in sleek all-black ensembles. Mark-Kate rocked a chic button-down black coat that hit right at the ankles and featured a subtle bell sleeve. She accessorized with a black croc bag and pointed red heels. 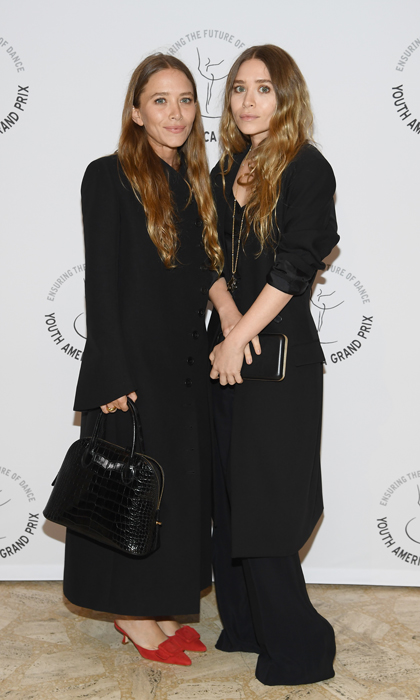 Meanwhile, Ashley opted for a long black blazer and matching oversized pants. She teamed her look with gold accents including a long beaded necklace and a black and gold clutch. Beauty-wise, they both kept it simple with their golden locks down in loose waves and light, barely-there makeup. 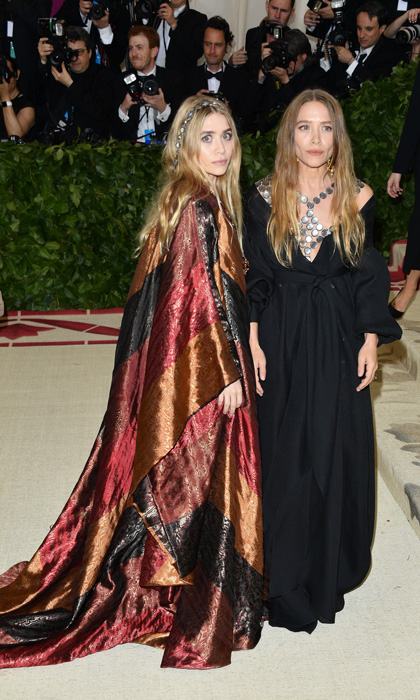 You may recall, the former Full House actresses were once very much in the spotlight but began to drift away when they chose to leave the entertainment business and instead focus on their fashion careers and personal lives. Now if we’re lucky, we only see them at the annual CFDA (Council of Fashion Designers of America) Awards or the star-studded Met Gala.

MORE: Mary-Kate and Ashley Olsen get all dolled up and stars flock to the desert for Coachella

“They came to New York and wanted to go to college,” their former longtime publicist Michael Pagnotta told People. “They’d been kind of hamster-wheeling their lives, and through the first year of college, when they got to NYU, they actually met people who had a different take on the world. They maybe got a different sense of what their future might be. And maybe it wouldn’t necessarily be in acting.” 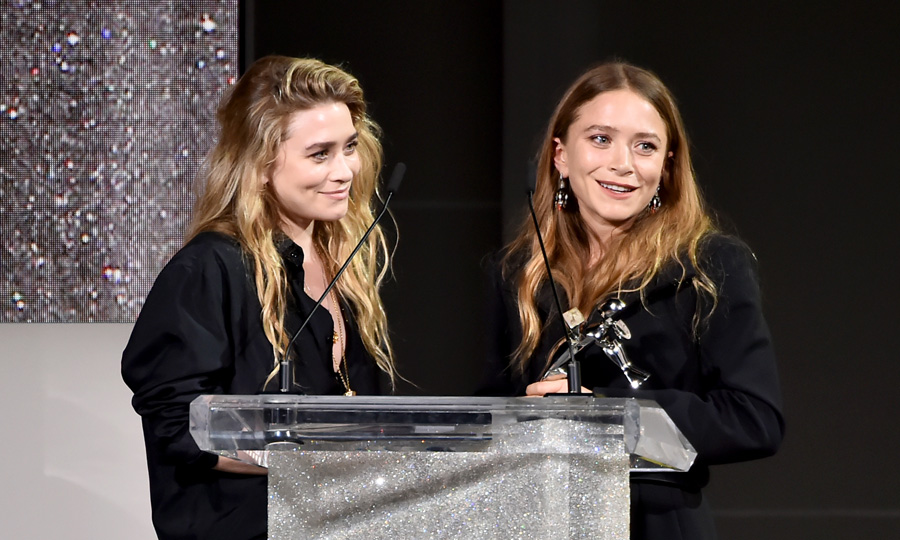 In 2018, Mary-Kate and Ashley accepted the 2018 CFDA Accessories Designer of the Year award

The childhood stars now helm high-end line The Row and lifestyle brand Elizabeth and James, which was recently announced will become more accessible and begin selling at Kohl's this holiday season. "We have always seen Elizabeth and James speaking to a much larger audience and this new business model with Kohl's will allow us to achieve that," Ashley said in a statement. "Mary-Kate and I are excited to work with them building out additional lifestyle categories and curating spaces that will bring a new shopping experience to our customer."