After sharing her fears that she might miscarry her fifth pregnancy, Hilaria Baldwin has confirmed the worst – she and husband Alec Baldwin have lost their unborn baby. She let her followers know the sad news in an Instagram caption alongside a sweet picture of herself, Alec and the couple's children: Carmen, Rafael, Leonardo and baby Romeo. "There was no heartbeat today at my scan...so it’s over...but I have some pretty strong and amazing heartbeats right here," she wrote, referring to her family. "I am surrounded by such love and I feel so fortunate."

The yoga instructor thanked everyone for their support and sharing their own personal stories of miscarriage and loss. "We are stronger together...I hope this conversation continues to grow and that we stick together through both the beautiful and challenging moments in life. Much love and appreciation to all of you." 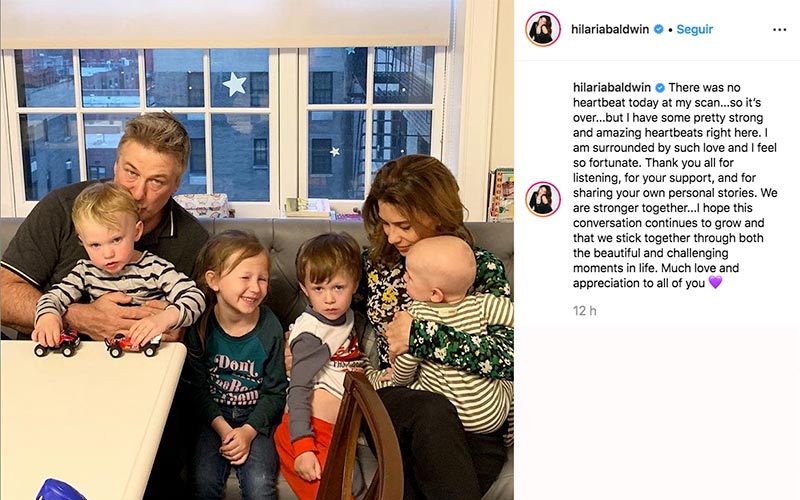 Earlier that day, Hilaria had appeared on the Today show and revealed she had no confirmation yet, but was "most likely suffering a miscarriage".

"I'm pretty sure that this is not gonna stick," she said. "And, you know what, when we agree to be parents we have to accept the good and the bad. Whether our child gets a scraped knee or gets their heart broken when they're a teenager or gets really sick, or God forbid something worse, we have to realize that it's not just all diapers and blankets and hair bows. We have to open our hearts and realize that there's gonna be hard moments too." 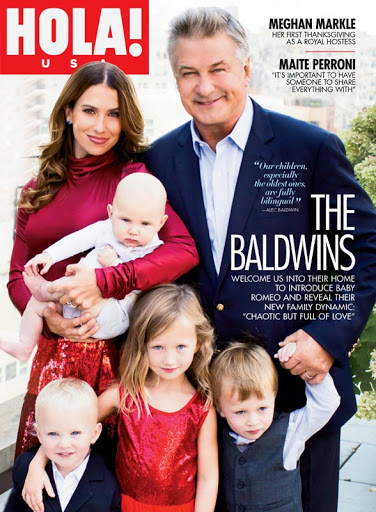 Hilaria had received criticism from some for being so open about her fears regarding her pregnancy, but explained that she spoke out "because it’s something so many people deal with and, as women, we're trained to deal with it silently". She continued: "You're definitely not supposed to say anything before 12 weeks. And some of that is because people are superstitious or that's how they feel that they're going to be stronger and a lot of it for other people is fear. And I don’t think we have to live with such fear."

EXCLUSIVE: THE BALDWINS' FIRST PHOTO SHOOT AS A FAMILY OF SIX

In an exclusive interview with HOLA! USA last year, the famously candid Hilaria shared what her life as a hands-on mom is like day to day. "It's like one continuous thing. By 6am everybody's up, and it's hectic. I'm in the bathtub with the kids, trying to get everybody ready. Carmen is off to kindergarten, Rafa is going to preschool, and I'm with Leo and Romeo...It's crazy."