It seemed like the perfect birthday for Casper Smart: sea, sun, sand and his favorite extreme sports activities. However, the judge of Mira Quien Baila All Stars (Univision) didn’t expect that his trip to Mexico for his 32nd birthday would take a sour turn. Jennifer Lopez’s ex-boyfriend was practicing his dirt-biking skills when suddenly he suffered a dangerous fall. The accident was so dire, his birthday plans vacationing in Mexico were immediately cut short. 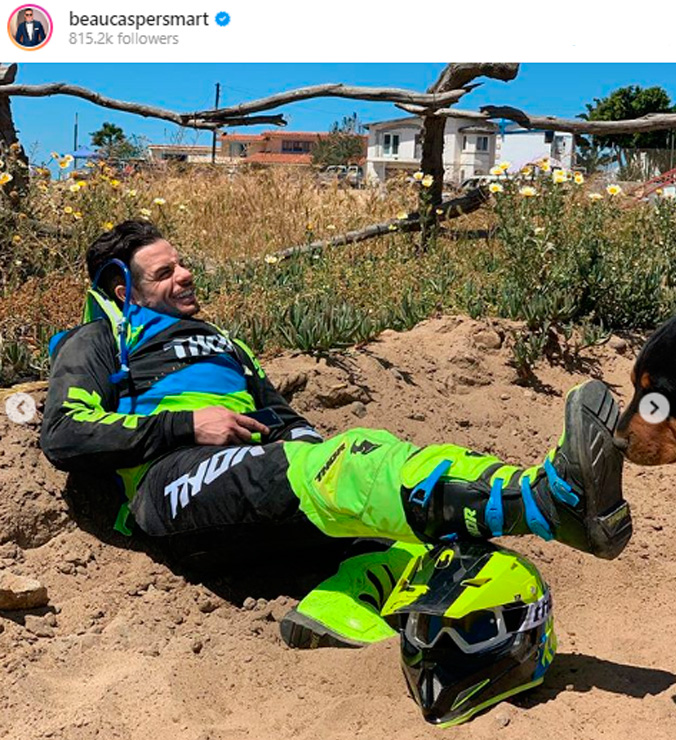 MORE: Casper Smart has a new trainer at the gym and it's Sylvester Stallone!

The dance choreographer returned to the U.S. where he was treated urgently. Once he arrived at the hospital, the doctors gave him the diagnosis: his right ankle is broken in three points while his ligament is torn and dislocated. Casper took to social media to share with his more than 815,000 followers photos and videos of the unfortunate incident. He documented everything starting from when the accident happened to his ride to the hospital and he even 'grammed his preparation for surgery, giving the camera the peace sign. 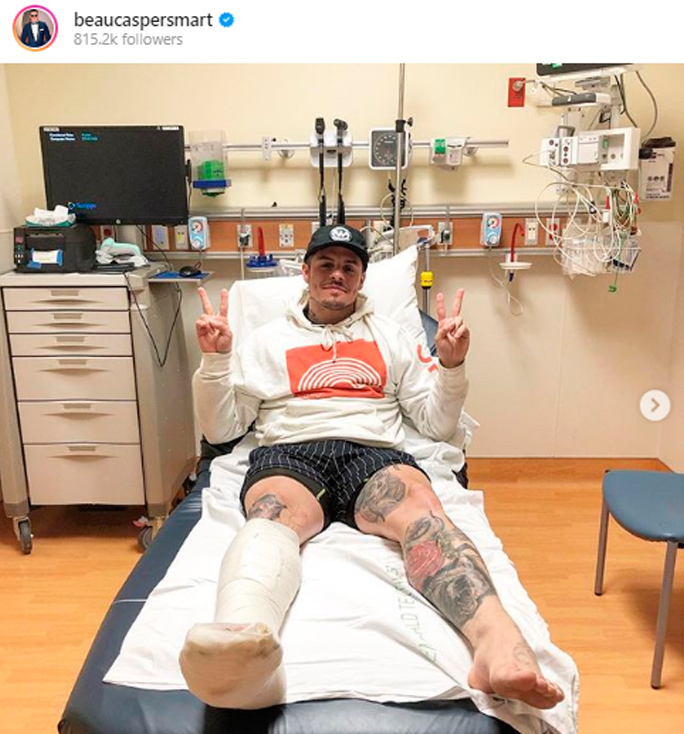 VIEW GALLERY The dance choreographer took to Instagram to thank his followers for the thoughtful messages Photo: Instagram/@beaucaspersmart

Although his birthday didn’t get off to the best start, Casper, who had a brief romance with JLo, kept a positive attitude. The dancer posted a photo on his Instagram account where he thanked everyone and explained how the accident happened. 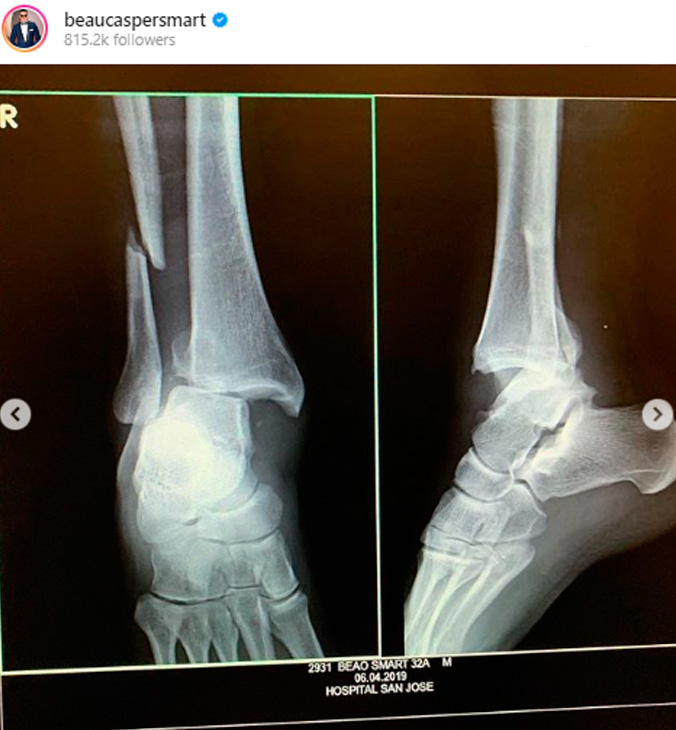 In addition to his loyal followers, Pedro Moreno, Toni Costa, Clarissa Molina and Raúl González, were some of the celebs who sent him warm messages and a speedy recovery.

The reasons why Casper and Jennifer Lopez broke up

In a recent interview with Despierta América, Casper revealed the reasons why he and the Medicine singer ended their relationship, which began in 2011. The singer and the dancer, who have an 18-year age difference, met during the filming of the Dance Again video and slowly became closer. "I was single, she was single. It started as flirting, then more flirting. There was a connection. Neither of us thought it would be more than a fun time and suddenly we were already spending time together, we liked the company, there was chemistry, " he told Maity Interiano.

"I was very young. I was 23 or 24 years old. She is 18 years older, so she was 42 and had two children. But at the time everything clicked. We spent every day together for a year,” he added.

The romance ultimately stalled due to their age difference, and Casper's immaturity. He revealed: "I was very young and selfish. I thought I was ready for a relationship with a woman with children and everything." He even admits that he had an "ignorant and foolish" attitude throughout the time they were together.