Over the weekend, Cardi B made an appearance at BeautyCon, where she enlightened the audience with a few "money moves" she lives by: 1) Always copywrite your phrases so you can get that buck, Okurr? and 2) don't be afraid to ask for what you want. During her panel, the 26-year-old rapper also shared details about her personal life, revealing the reason why she doesn't have a nanny for her eight-month-old daughter Kulture. 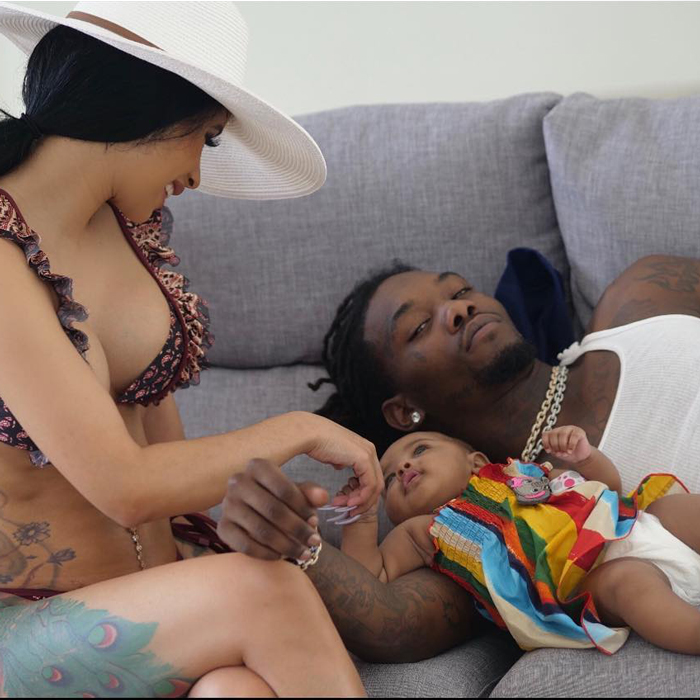 "When I was pregnant, I used to be like, it's gonna be easy. I'm just gonna hire a nanny and my baby's gonna come with me everywhere," she said to the BeautyCon crowd, according to Entertainment Tonight. "But it's like once you have the baby, it's hard to get a nanny because you don't trust nobody with your kid! And then it's like, OK, my mom is helping me and sister helps me take care of [Kulture], but, like, my mom do not want to go from city to city, two and three cities in less than 72 hours."

MORE: Cardi B and sister Hennessy Carolina steal the show at BeautyCon - see their looks!

The I Like It singer had arrived four hours late to the BeautyCon panel due to her late night performance at the newly minted Las Vegas Dayclub/Nightclub Kaos the previous night, and she shared the obstacles of working so much. "It's very hard. It's like the hardest challenge ever," she explained. "I don't even like talking about it. I really don't like talking about it because it's, like, very hard. For example, I haven't seen my baby now in two days because I was in Vegas, now I'm here. And it's just hard because I be like, damn, will she forget about me, like, in two days?"

Still, Cardi and her husband Offset know that their little girl will always get the best despite their busy schedules. "On top of that, me and her dad, we're always in different places," she said. "Like I used to think, oh we gonna be in this house in Atlanta, big this, big that, but we haven't even been in our house for, like, two months! And we chasing the bag. And we be sad as hell, but we be you know what? She will be all good because she's gonna have a lambo when she be like 18."

Next up on Cardi's schedule? She'll be making her Hollywood debut alongside Jennifer Lopez in the upcoming flick Hustlers.