When you think of reggaeton, there are a few people that come to mind—Daddy Yankee, Nicky Jam and surely J Balvin. Notice that the biggest names are all males? Not for long, because Colombian stunner Karol G is about to change the game. The 28-year-old singer already has several collabs under her belt with reggaeton royalty and has dipped into the English market by working with Nick Jonas on a remix for the party track Find You. Next up, Karol is slated to release her album Ocean, which will undoubtedly be a hit with both her Spanish and English speaking fans. Before everyone is jamming to her beats, HOLA! USA caught up with Karol at her Ocean Drive Magazine cover party. 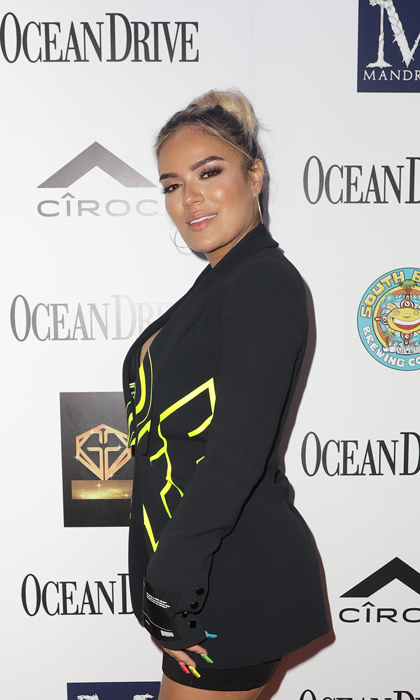 "Not a lot of Latin people were on the cover two or three years ago. Right now, I feel very proud of all Latinos in the industry"

When she's not busy being in love with her boyfriend Anuel AA, Karol is making sure she makes a name for herself in the industry. "I want to be a legend, not just a singer," she told HOLA! USA. "Somebody that you can remember forever."

Last year, the singer won a Latin Grammy Award for best new artist. This year? She's up for three Latin Billboard Awards—New Artist, Hot Latin Songs Artist and Top Latin Albums Artist—all while looking Insta perfect. Keep reading to find out Karol's definition of a Latina Powerhouse, her ultimate idol, and what she's working on next.

HOLA! USA: What can we expect from your upcoming album?
Karol G: I have a lot of expectations. This is the most important project for me this year. I won a Grammy last year, so I want to feel like I deserve that Grammy. I’m pushing everything in my album and the music. Every song has a purpose and the album as a whole has a purpose. I’m super excited to launch it!

Who’s your favorite Latinx artist right now?
It’s kind of hard because I love Latin music, and all I can say is that I feel super proud because the Latin industry is getting a huge spot in the world. We’re doing a lot of things. For example, with this cover, not a lot of Latin people were on the cover two or three years ago. Right now, I feel very proud of all Latinos in the industry. 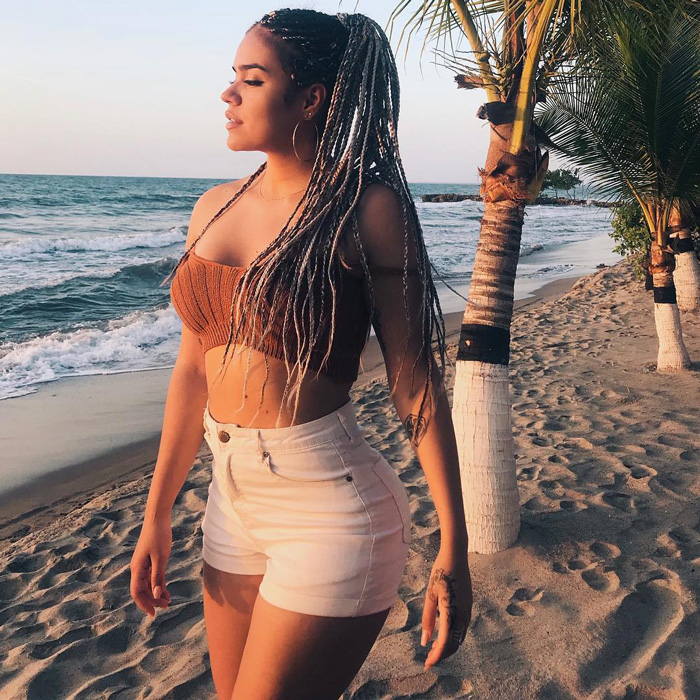 "The name of my album is Ocean, and we’re working as a partnership to help clean up the ocean. Part of the profits are going to the foundation," Karol G on her next album Photo: Instagram/karolg

What does the term Latina Powerhouse mean to you?
As a girl in the industry, I feel I have that empowerment that I can share with my people, with my followers, with my fans. So that’s super important, and now I get to share that.

Is there a Latina that you look up to?
Yes, of course! Shakira for us in Colombia and I think in the entire Latin industry, she’s one of the most important singers in the world because she’s been able to crossover. She speaks and sings in English and Spanish, so she has everything. She also has three songs in the World Cup. I want to do that in the future—I want to be a legend, not just a singer. A legend. Somebody that you can remember forever.

What are you looking forward to the most for the Billboard Latin Music Awards?
I think just being nominated. For me, to be nominated is something that I achieved. I also hope to have one or two (or three!) awards that I get to have in my house. I have been working so hard, and I think those things make you feel that you’re doing great at your job. I’m super happy, I’m super excited. I also want it to be that night because I’m going to sing and perform!

Besides your album, do you have any other projects in the works?
I’m working on my branding, and I’m excited because I’m bridging together my branding and my foundation. The name of my album is Ocean, and we’re working as a partnership to help clean up the ocean. Part of the profits are going to the foundation.