by Alejandra Torres
Read in English

If anyone is in need of a celebratory Instagram collage, please look to Kelly Ripa for some inspiration. The Live! With Kelly and Ryan host took to her social media channel to celebrate her husband Mark Consuelos' birthday by posting a sweet video collage featuring photos of Mark throughout the years. There are pics of Mark shirtless, Mark with his family and friends, Mark as a young father, Mark shirtless, Mark and Kelly on the beach, and did we mention Mark shirtless? If Miss Ripa wants to show the world the rippling effects of Mr. Mark's abs, we are merely here to relay the news! They are not the first couple to show off their efforts! Scroll and enjoy the show! 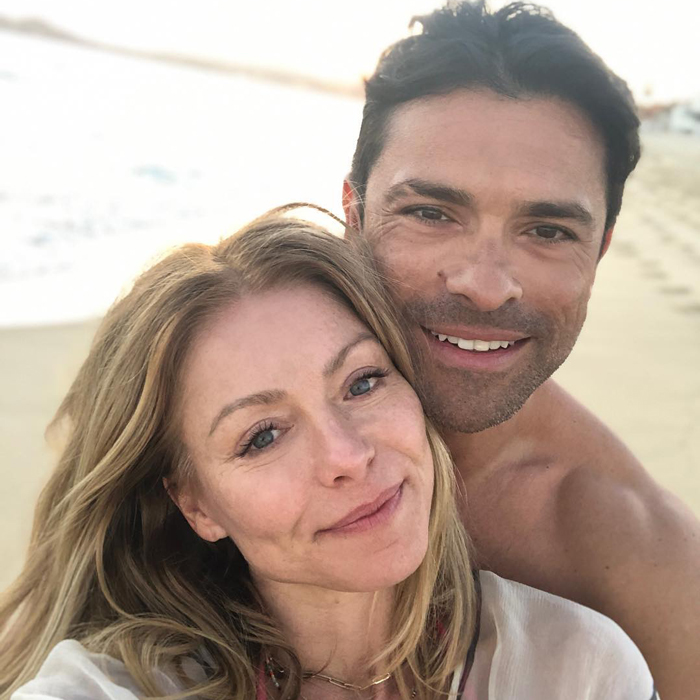 Kelly Ripa took to her Instagram to celebrate her husband Mark Consuelos' birthday by posting a sweet video collage featuring photos of Mark throughout the years Photo: Instagram/kellyripa

"Happy birthday to the finest man," Kelly wrote on the Insta video. "You are our heart and soul and rock and roll @instasuelos ❤️❤️❤️❤️❤️" Set to the song Mississippi Delta (I’m Your Man) by Jake Shears, the video includes family photos featuring Kelly and Mark's three children—Michael, 21, Lola, 17, and Joaquin,16. It also shows throwback photos of the couple back in the 90s and many, many photos of Mark on the beach showing off his abs.

MORE: Kelly Ripa reveals that she and Mark Consuelos had broken up right before their wedding

The Hollywood couple met in 1995 while co-starring on the ABC soap opera All My Children and got married one year later. Together, they've welcomed three children. But before embarking on what would be a 20+ year marriage, they had to overcome some obstacles.

Kelly previously revealed that she and the Riverdale actor had broken up right before tying the knot. “Right before we got married, we broke up. We broke up and we got back together the day before we went off and eloped,” she shared on the “Comments by Celebs” podcast. “Yeah, we eloped. We went to Vegas and got married.”

Since their wedding day, Kelly and Mark have been head over heels for each other. “I love everything about him, even his annoying habits,” she told People magazine. “He is the person I was meant to be with forever, and I think he feels the same way. We really do have quite an allegiance to one another. No matter what, we support each other in everything we do.”

Next up, Kelly and Mark are slated to celebrate their 23rd wedding anniversary on May 1. Last year, they marked the special occasion by sharing throwback photos of their Vegas nuptials.

Until the next shirtless photo of Mark!