Imagine being so much of a muse that an artist creates a piece of work with your semblance on it. It may seem like a thing of the past - Renaissance painters and such - but if you cannot picture it, let us introduce you to Lithuanian sculpture artist Edgar Askelovic, aka Aspencrow, who just built a sculpture using a replica of supermodel Cara Delevingne's face. The end result is eerily similar. 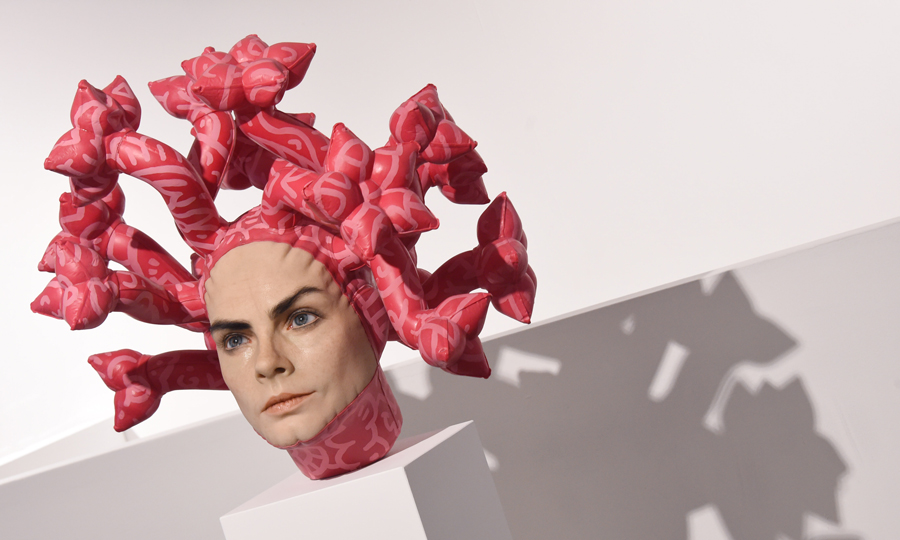 The sculpture, titled "Olympe," was constructed using pieces of fiberglass, resin, plastic and silicon. Instead of hair surrounding the supermodel's head, she has pink, long-stemmed flowers all around her. Inspired by two women—Medusa, the monster in Greek mythology and Olympe de Gouges, 18th century French activist—the artist is sending a feminist message and studying how women have been able to “change vector in the gender equality in Europe."

MORE: Cara Delevingne denies quitting modeling, opens up about 'self hatred' and depression

The piece is currently displayed in London's JD Malat Gallery. According to the gallery's manager Victoria Aboucaya, the work clearly has two voices. “Medusa is the monstrous element of the pink that you see coming out of the head," she told British publication Independent. "And Olympe is the feminist activist so she was fighting for feminist rights and women’s rights as early as the 1700s." 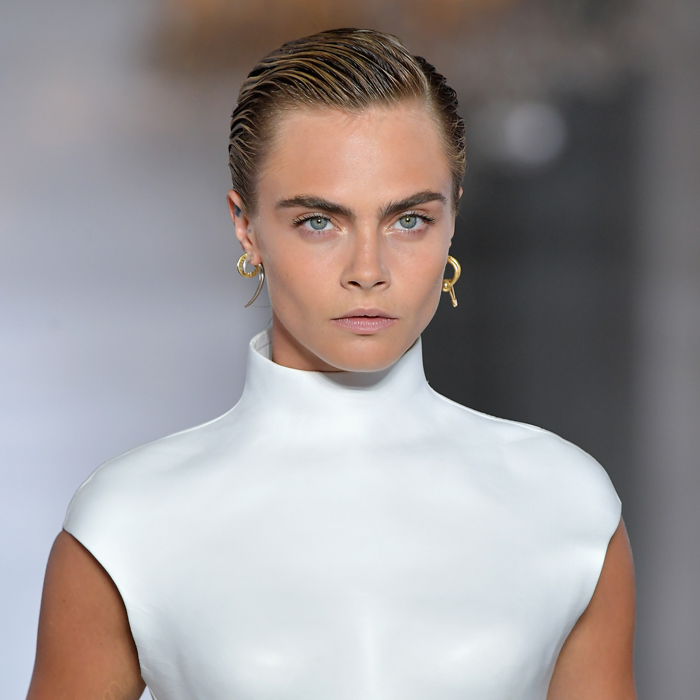 As for Cara's role in the piece, she was chosen because she's “one of the best known faces in the world” and “she does what she wants,” according to gallery owner Jean-David Malat. Victoria added: “She’s obviously got a really feisty personality – she’s the most successful supermodel of today – and so he thought that it would be great to use her as a symbol of independent women today and of fighting."

Every detail of Cara's face is replicated down to every single hair from her iconic thick eyebrows. It took six months to finish and is reportedly worth over $30,000. 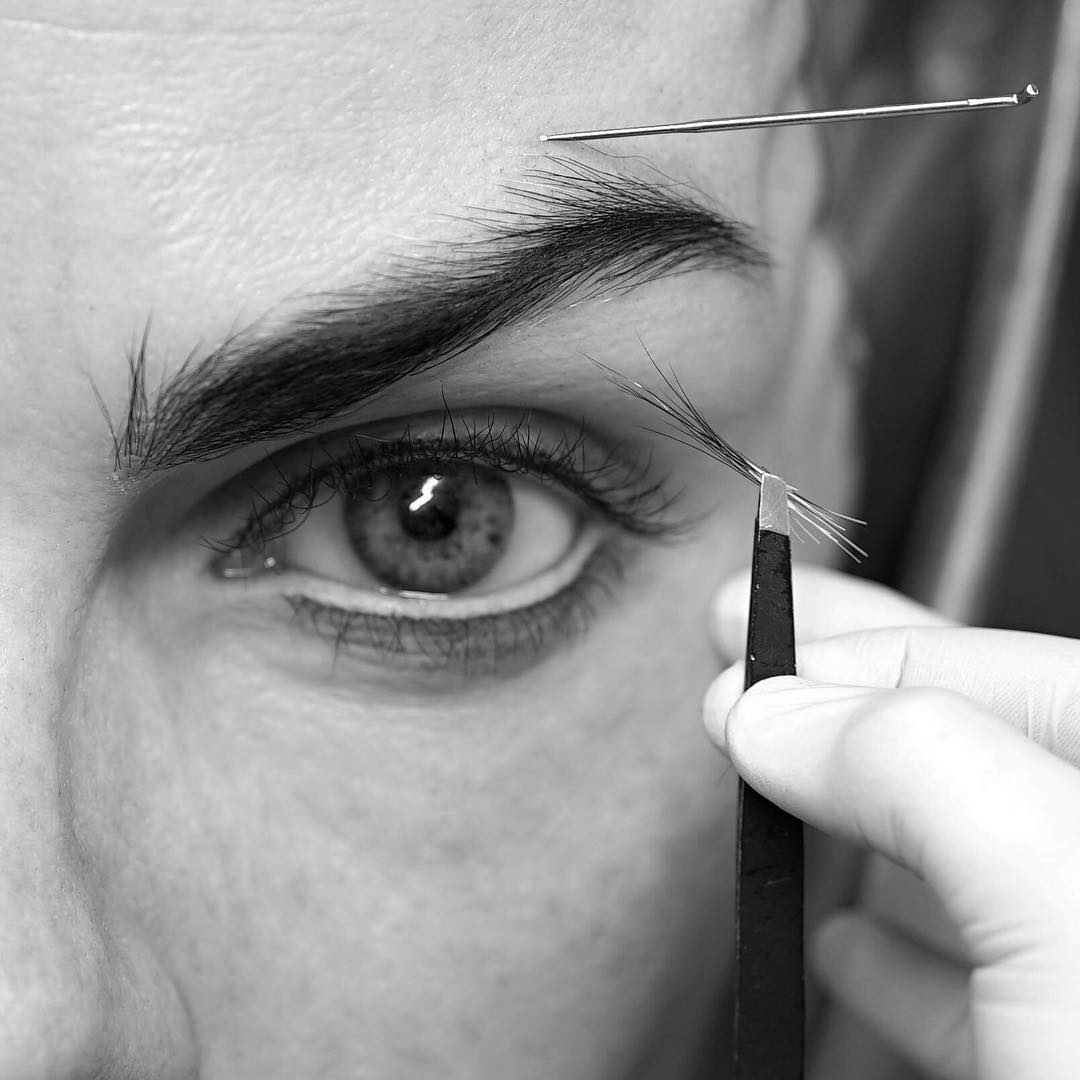 The piece took six months to finish and is reportedly worth over $30,000

This isn't the first time Aspencrow uses a famous face to produce a work of art. In the past, he's created a Kate Moss-inspired body sculpture, he re-imagined Jean Basquiat using Rihanna's figure and he once brought life to David Bowie's legendary Diamond Dog album cover.

For more of Aspencrow's unique work, be sure to check out the artist's website.