Bruce Willis and Emma Heming are husband and wife... again! Ten years after their Caribbean wedding, the couple suprised fans by renewing their vows in front of their loved ones, including their daughters and a surprising guest – the actor's ex-wife Demi Moore. Together they celebrated their landmark anniversary, sharing it with the two daughters they have in common, Mabel and Evelyn, as well as Bruce and Demi's grown children, Rumer, Tallulah and Scout. What a way to kick off spring break! 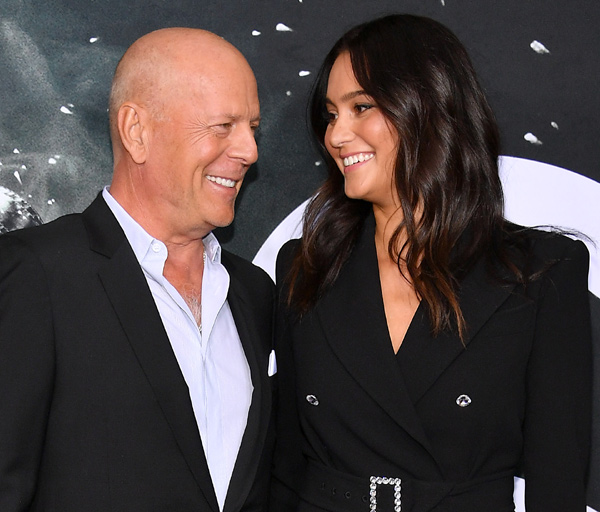 The bride wore a white gown with pink details that matched both her bouquet and her daughters' dresses. Mabel and Evelyn were enlisted as flower girls, tossing rose petals both at the beginning and end of the ceremony. For his part the groom was dressed in head to to white linen and one of his signature hats. The couple's nearest and dearest applauded the romantic ceremony, which was celebrated outdoors against a beautiful beach backdrop. And one special gift to the couple was a performance by two of Bruce's daughters, with Rumer singing and Scout playing guitar.

"We said, we do, again, 10 years later #happyanniversarymylove," the bride wrote alongside a sweet photo, showing their romantic kiss, on Instagram.

Emma posted a number of photos from the happy occasion to her Instagram stories, including one showing the shirt that Bruce wore for their wedding a decade ago. "10 years ago today, we married," reads the image.

ARISTOCRATIC NUPTIALS: THE BEST PHOTOS FROM THE DUKE OF HUESCAR AND SOFIA PALAZUELO'S WEDDING 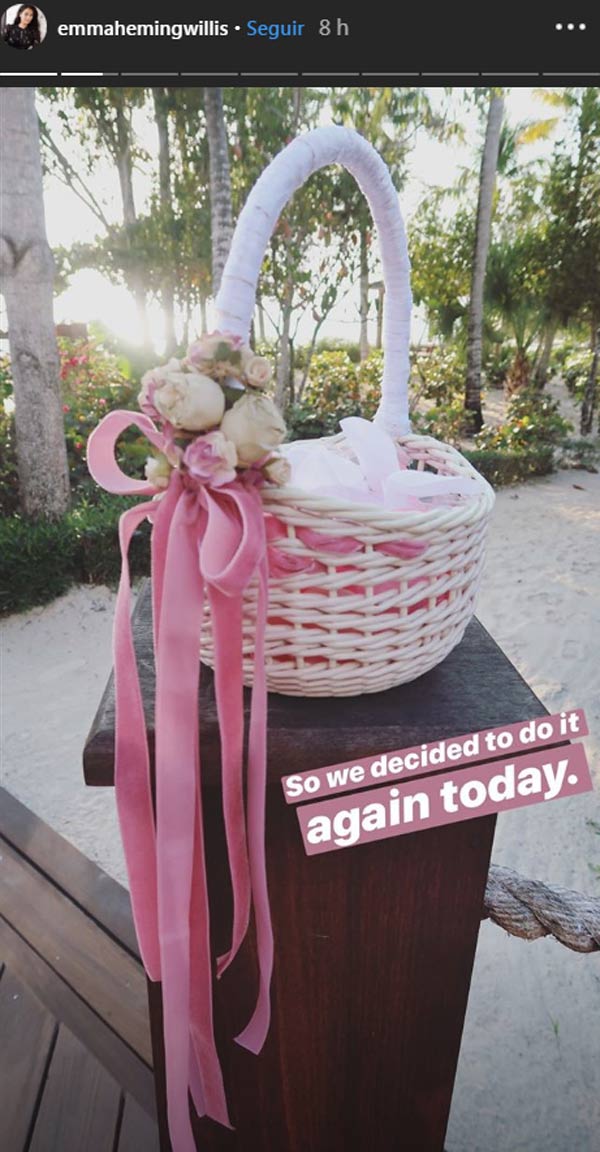 Days earlier, at the airport, the model had published a selfie showing Bruce, wearing a baseball hat emblazoned with "Fool for Love", kissing her on the cheek.  "#springbreak2019", was the hashtag on the photo, giving no clue that the trip would turn into a wedding!

Demi also attended the pair's original wedding, which took place in March 2009 in Turks and Caicos, bringing her then-partner Ashton Kutcher as her date. Demi and Bruce have been known for their friendly relationship despite their divorce, and the actor is known to be a great dad to all five of his daughters, who Emma calls "Daddy's girls".

Bruce and Ghost star Demi were married for 13 years. Demi tied the knot with Ashton in 2005, but the couple split seven years later.