Last night, the Library of Congress bestowed the prestigious Gershwin Prize for Popular Song to power couple Gloria and Emilio Estefan in Washington D.C. This marks the first time this award was given to a married couple, and more importantly, it marks the first time a singer-songwriter of Hispanic descent receives the award. It was quite an achievement for the Latinx community, but their biggest supporter? Their 24-year-old daughter Emily Estefan. 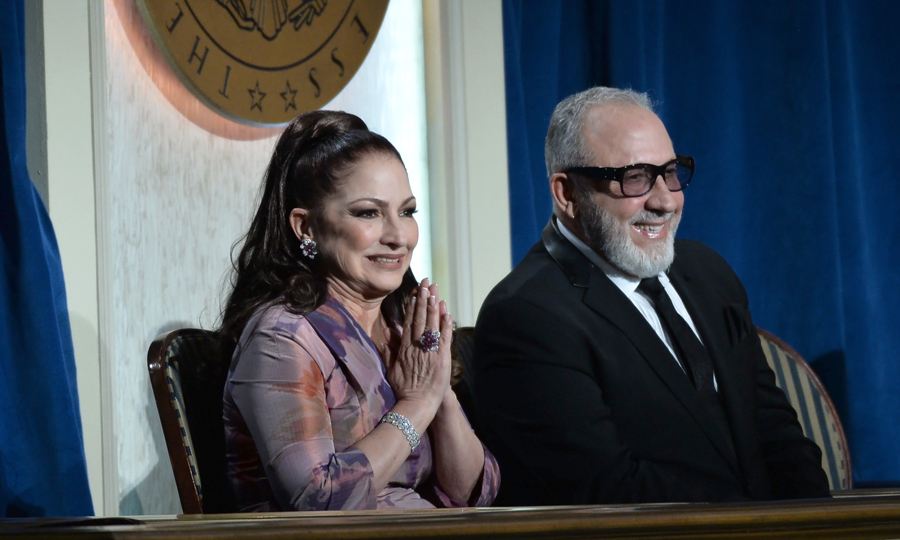 Gloria and Emilio Estefan were awarded the prestigious Gershwin Prize for Popular Song, marking the first time a married couple receive the honor

Emily, who also happens to be a singer-songwriter, took to her Instagram to share the happy news about her parent's accomplishment. "Mom and Dad," she began in an emotional caption. "The pride and honor I feel being able to witness all of the honors and accolades you receive fills my heart with overwhelming joy. You are two of the most hard working, loving, game changing, human beings on this planet. And as you sit in front of that honorable seal, preparing for yet another beautiful honor, just know I will always be there for you. And I will always be there to scare your a****. I love you both! Let the celebration BEGIN!"

MORE: Que? Emilio Estefan lied to get his first kiss with Gloria Estefan!

The historic night was topped off with a spectacular concert that featured several performances, including a number from the couple's hit Broadway show On Your Feet. However, the most powerful moment was when Emily joined her mom on stage for a touching duet. “It’s nerve wracking — and taking on any of her songs is even tougher,” Emily told WTOP. “I try to put that to the side and just celebrate her. Honestly, I could just whistle and she’s still my biggest fan. It’s not hard to impress her.” 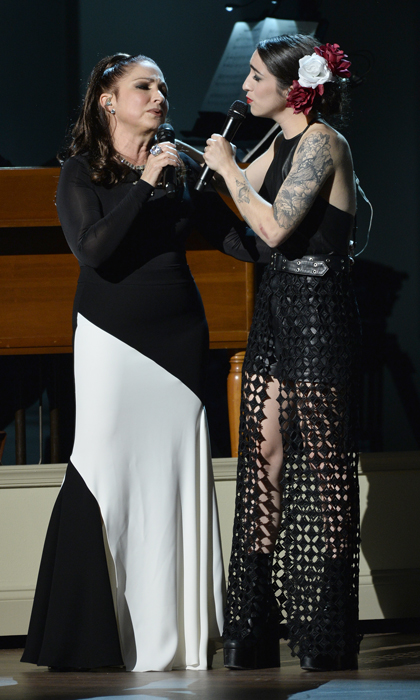