Four months after her royal wedding with Jack Brooksbank, Princess Eugenie has been reunited with her gorgeous wedding dress, a creation by Peter Pilotto y Christopher De Vos featuring a portrait collar and fabric specially designed for the occasion, incorporating embroidery representing symbols that are important to the Princess and the royal family. And now, Queen Elizabeth II's granddaughter has once again shared the spotlight with the bespoke creation, this time at an exhibition at Windsor Castle, just before the wedding dress display is opened to the public. 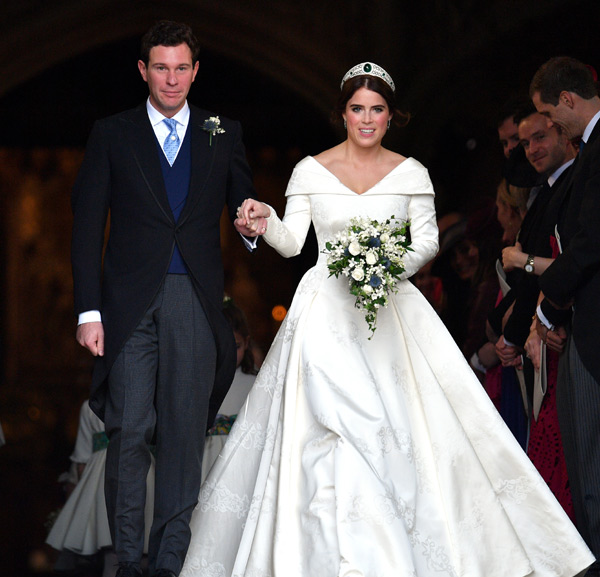 The 29-year-old princess was pictured sporting a huge smile as she checked out the special exhibition in a photo shared by the royal family on Instagram. "Last night Princess Eugenie visited Windsor Castle to see the installation of HRH's & Jack Brooksbank's wedding outfits," reads the caption of the pic.

A wedding dress is of course extremely sentimental for any bride, but Princess Eugenie's included a very heartfelt detail. One of Princesss requests when it came to the design of the gown was that the back should be open in order to show off the scar she has had since undergoing an operation for scoliosis when she was 12 years old. In fact, the Windsor Castle exhibition will include a special recording by Eugenie herself where she talks about the personal significance of her scar. 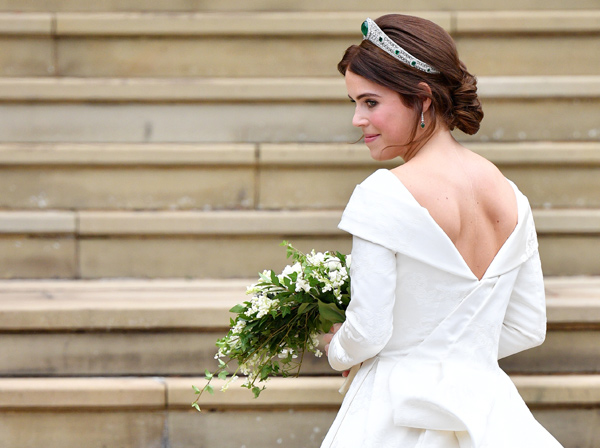 "I had always wanted a low back—part of it was showing my scar, and I believe scars tell a story about your past and your future, and it’s a way of getting rid of a taboo,” she says. “For me, it’s a way of communicating with people who are going through either similar situations with scoliosis or having a scar of their own that they are trying to deal with."

It's not the first time a royal bride has had a chance to reunite with her wedding dress after the ceremony. The Duchess of Sussex, Meghan Markle, did the same four months after her and Prince Harry's big day. In September 2018 the former actress was filmed while she admired her Givenchy creation before the opening of her own exhibition.

In a brief clip, shot for the documentary Queen Of The World, we could see an emotional Meghan smiling nonstop as she gently touched her silk tulle veil, which was one of the many gorgeous details of her nuptial look. The veil was filled with symbolism, with floral embroidery referencing the 53 countries of the Commonwealth. 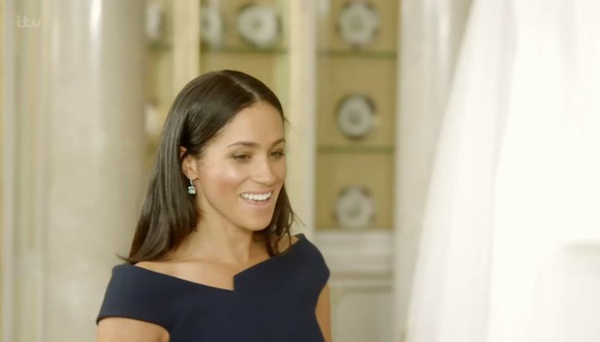 Meghan, the Duchess of Sussex, got another glimpse of her wedding dress prior to it going on display. The moment was captured for the TV documentary Queen of the World

Kate Middleton's wedding dress was also featured in an exhibition back in 2011, months after she married Prince William. The display similarly included such major pieces of her wedding including her shoes, jewels, bouquet and a replica of the wedding cake. The Duchess of Cambridge had a regal partner in previewing the display, her grandmother-in-law the Queen. 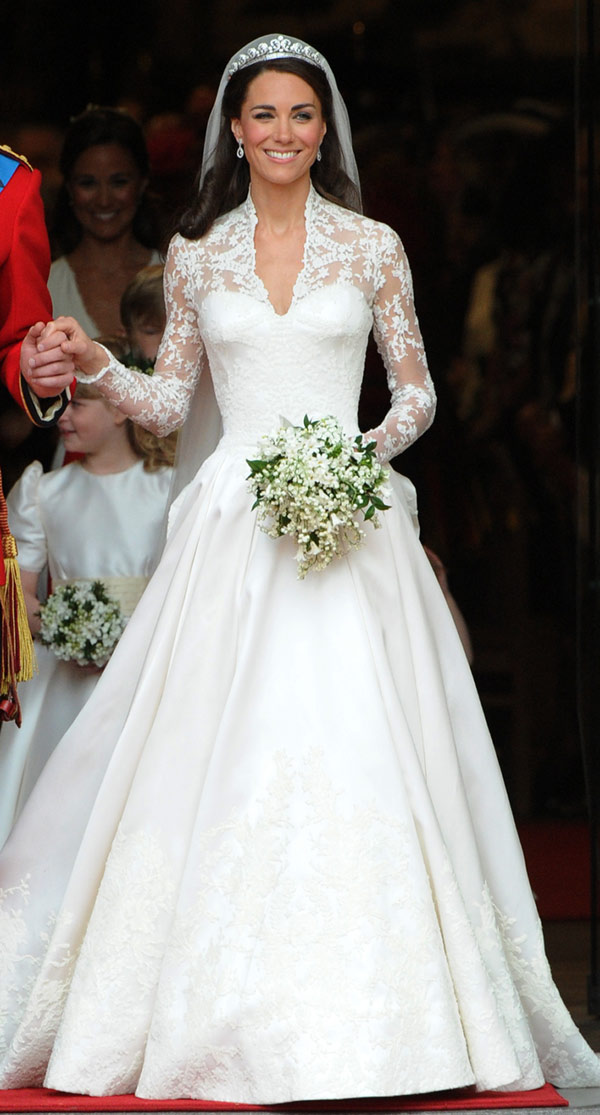 Displaying a royal wedding dress after the fact isn't unique to the British royals. Argentina-born Queen Maxima of the Netherlands' dress was featured in an exhibition and, in honor of King Carl Gustaf XVI and Queen Silvia of Sweden's 40th anniversary, Silvia's dress was put on show along with the dresses worn by her daughters and daughter-in-law, Princess Madeleine, Crown Princess Victoria and Princess Sofia, respectively, at the Royal Palace in Stockholm.