Meghan Markle has recently been making headlines with her royal style. Last week, she rocked casual-wear like no other royal  while she was in NYC celebrating her baby shower with her best girlfriends (Hey, Serena Williams!). And during her lit Morocco trip with Prince Harry, the expecting royal flaunted some of her best maternity looks, but there were certain people speculating that the Duchess of Sussex recycled a pleated chiffon skirt and wore it as a dress during one of her outings. Do you guys really think Meghan, the Duchess of Sussex, the beholder of the next royal baby, would wear a skirt as a dress?! Ladies and gentleman, the answer is no. 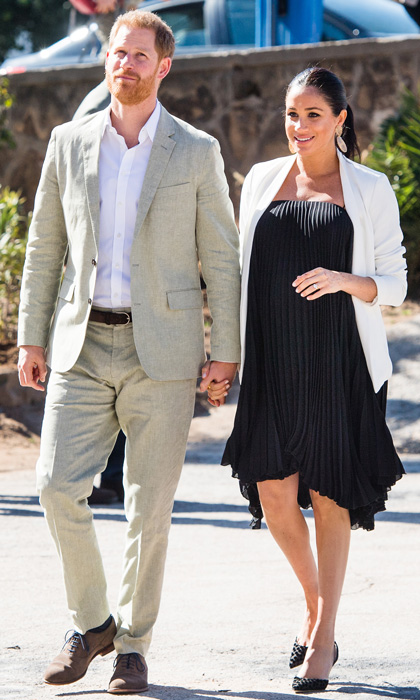 During her stroll with Prince Harry, royal fans noticed that the Duchess of Sussex was wearing a pleated chiffon dress that looked strangely similar to a midi skirt she wore last year. But after a thorough search on the internet, we discovered that this chic look was courtesy of California brand, LOYD/FORD. She paired the loose-fitting dress with a contrasting white blazer and black pointed flats.

While she was meeting with the Association of Commonwealth Universities last year, she wore what seemed to be the same black dress/skirt with a similar design—pleated chiffon. But it's clear that the above is a dress and the below is a skirt. Plus, the skirt she wore last year is a Givenchy midi skirt, NOT dress. 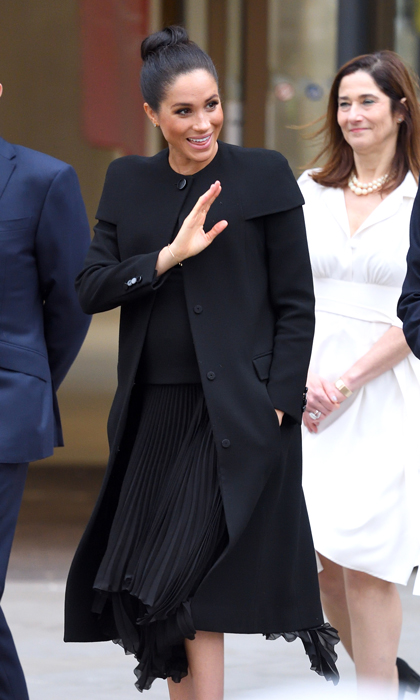 Last year, Meghan was spotted wearing the black pleated chiffon Givenchy skirt while meeting with the Association of Commonwealth Universities

In conclusion, Meghan sometimes does recycle outfits, just not this time. This case does prove one thing: Girl loves a pleated design.