You know Kylie Jenner is incredibly fab. Her 1-year old daughter, Stormi, was the shining star of the incredibly epic Stormi World-themed party that Jenner herself dreamt up (literally - she was inspired by a dream she had) to celebrate the baby's first birthday. She also casually spends $10,000+ on Postmates. Turns out, the makeup mogul also keeps her home mega luxe. In a recent interview with Architectural Digest, she gave a tour of her Hidden Hills home that's described as "equal parts sparkle and sumptuousness," and revealed the teeny tiny fact that her closet is actually a converted bedroom that was made to make space for her 400+ designer bags. 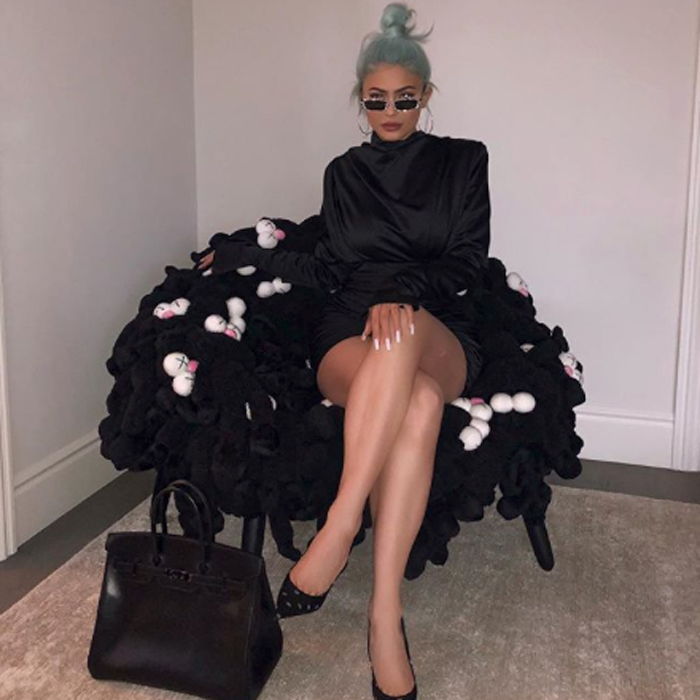 “My closets and glam room are very personal to me," the 21-year-old reality star told Architectural Digest. "Even down to the size of each drawer, so they fit my specific products and clothes. I spend a lot of time in those rooms, so we had to make sure they were perfect.”

MORE: Kylie Jenner spends over $10,000 on Postmates per year - what did she order?

As for THE closet, that one is on a league of its own. “There is a huge closet for her regular everyday clothes. Then she has a workout closet which is strictly for workout clothes," her interior designer Martyn Lawrence-Bullard told People. "And then obviously there is a purse closet that is dedicated to her collection of incredible bags.” Obviously.

Any handbag enthusiast would be delighted to know that Kylie has all the classics. “There are at least 400 bags," Martyn shared. "Mostly Hermés, lots of Birkin bags and then Louis Vuitton, lots of Chanel and some Dior and Fendi. Lots of them are collector's items. She’s bought some as investments and they’re treated like works of art.”

Curious to see more? Watch the video above and see Kylie give a full tour of the famous closet, highlighting certain designer bags that she loves and others that she's planning to pass down to Stormi.