Los Angeles glimmered with Grammy parties on Saturday night, but few shone as Jennifer Aniston’s birthday bash. Everybody’s friend commemorated the big 5-0 with a glitzy gathering at the iconic Sunset Tower Hotel in West Hollywood on February 9. While details were kept under wraps, in the usual A-list fashion, a few circulating Instagram stories confirmed that it was quite the star-studded party. Although, nothing but a huge turnout would be expected for the beloved actress, there was one guest who caught onlookers by surprise. 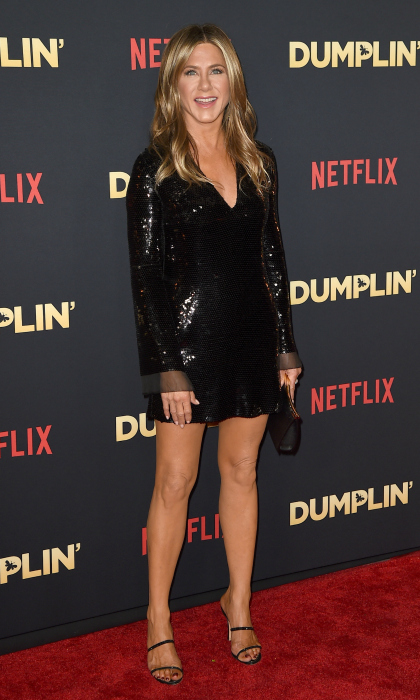 Donning an incognito baseball cap Brad Pitt was spotted making his way inside the hotel, according to PEOPLE. The 55-year-old Oscar-winner celebrated his ex-wife, who officially turns fifty on Monday, February 11. Surprisingly, they weren’t the only pair of exes in the room, though.

GALLERY: THESE EPIC GRAMMYS 2019 PARTY PHOTOS WILL GIVE YOU SERIOUS FOMO

A source told the magazine that Brad’s ex Gwyneth Paltrow was also in the mix, as well as Jennifer’s ex-boyfriend John Mayer, who she dated on and off beginning in 2008. Meanwhile, John’s ex-love Katy Perry attended the party with her new boyfriend Orlando Bloom. What a group! 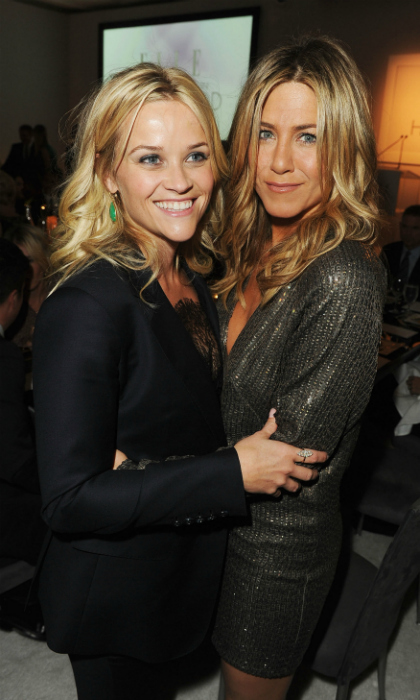 Another current celebrity couple in attendance was George and Amal Clooney, who looked their usual best as they made their way inside the venue. The guest list oozed with countless famous faces, including Jen’s friends: Reese Witherspoon, Ellen DeGeneres, Kate Hudson and Demi Moore.

Love these ladies 💕Celebrated this beauty last night ✨Happy Bday JA! We all love you sooo!

An ex that did not seem to be in attendance was Justin Theroux, who was confirmed to have ended his marriage with Jennifer back in the winter of 2018. They stated that the decision was “mutually and lovingly made” at the end of 2017. The announcement came around Jennifer’s last birthday celebration in L.A., which was spent with her best friend Courtney Cox.