There is no doubt that Rosa Salazar’s career is soaring. Not only did the 33-year-old star in Netflix’s megahit Bird Box, she is also leading the A-list cast including Michelle Rodriguez, Eiza Gonzalez and Mahershala Ali in Alita: Battle Angel. The Washington, D.C. native emancipated at 15, which she tells HOLA! USA was “the best gift anyone could have ever given me” and left her family for NYC. To make ends meet, the Peruvian-American worked as a bike messenger while she pursued her dream, which brings her to headlining Robert Rodriguez’s $200 million production.

Keep reading to see what it was like to be in a movie with Sandra Bullock, how an impactful conversation with Pete Davidson opened her eyes and how Rosa is ready to be a face for boys and girls, especially Latinx kids in Hollywood. 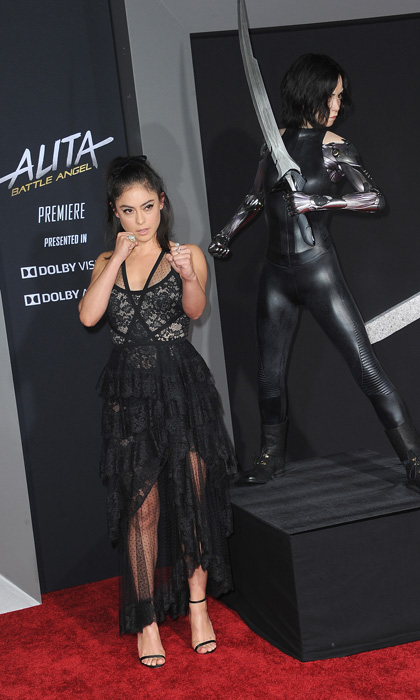 Rosa is the lead in Robert Rodriguez's $200 million budget film

HOLA! USA: First, we have to ask – what was it like being involved in the Netflix phenom Bird Box?
Rosa Salazar: "I'm very pleasantly surprised at the success of Bird Box. I filmed Alita, I had four days off, and then I went to South Africa to shoot Death Cure, the final installment of the Maze Runner franchise. I took two weeks off and then Bird Box came along. We both read the book in one sitting and really, really loved it. I love thrillers, suspense, horror. I loved A Quiet Place so it was really exciting for me to be able to do something in the sci-fi thriller, end of times category.”

RELATED: The One Day at a Time cast chats with HOLA! USA

Working with Sandra Bullock must have been awesome…
“Before we even started the movie, she wanted us to all have a rapport and hang out and just gel with the cast. She had this beautiful soiree at her house, the whole cast got to come and she was such a wonderful hostess. We're all taking Polaroids, and we just had a blast with each other.”

After high school, you took the leap of faith and moved to NYC. What did your family say?
"Well I was emancipated when I was 15. I was really left to my own devices – and that was the best gift anyone could have ever given me because I was free to make my own choices unencumbered by projections on other people. I chose it myself and there was no one that was going to fail beside me. That was my choice, and I just really wanted to make it work. And I'm so glad that it is.” 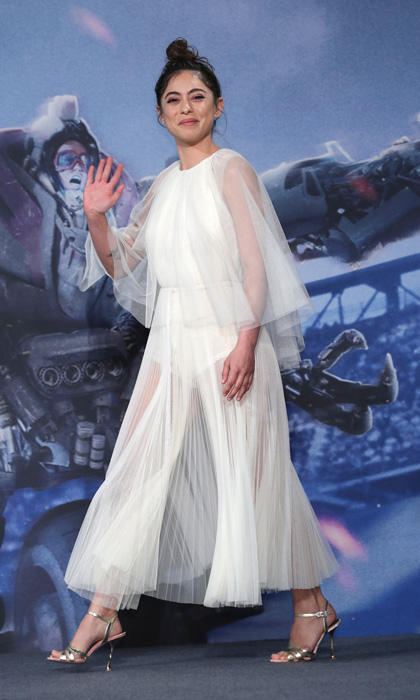 The Washington, D.C. native traveled the world for the Alita press tour

Now you are the star of Alita. Did you feel that sense of responsibility to get everyone comfortable?
“I learned about that actually on Maze Runner because Dylan [O’Brien] was the anchor of that cast, and he really kept us together. He created that cohesive bond. On Alita I did my best to take care of my supporting cast, like Keean [Johnson], this was his first movie so I did my best to hang out with him, make sure he knew certain things that I would have wanted to know when I was doing my first big movie.”

Did you guys all hang out when you weren’t filming in Austin?
“Well a lot of it is schedule conflicts. Michelle [Rodriguez] flew in, she shot all of her scenes in one day. She had never done staff work to my knowledge, and all of a sudden she knows how to use it perfectly. When you're acting with her you're like, ‘Oh, this scene's charged; this is alive.’ She did her stuff and flew right back out. A lot of these people are busy. Robert did throw a little pizza party at his place and that's when I first got to hang out with Mahershala. And I'll tell you what, honestly I hung out with Christoph [Waltz] probably more than anyone else. We would have dinner together, have amazing conversation. He's just a wonderful human being.” 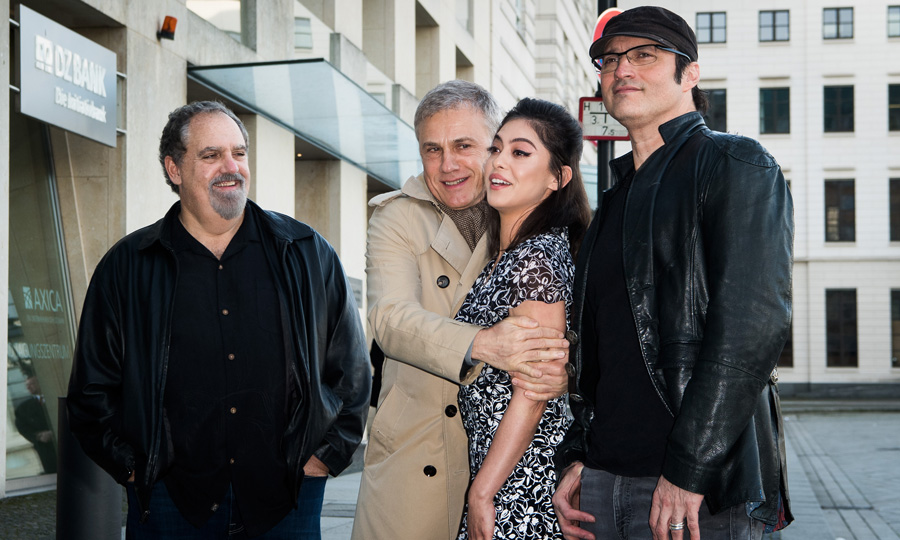 Alita has a predominantly Latino cast. Growing up who were your idols?
“Jennifer Lopez was a huge inspiration, Constance Marie. There were not that many people you could point to and say, ‘That's who I want to be.’ I was, as a Latinx girl looking at Chris Farley – you know I was looking at people that didn't look anything like me. I was looking at actors and actresses of all genders, all races. The goal here is to create a story that is cross-related to boys and girls but also show young Latinx kids this is the future. This is how we’re going to do it from now on.”

Are you ready for how your life will change after this movie?
“What's really funny is that I was hanging out with my friend Machine Gun Kelly and Pete Davidson met us and said, 'Congratulations on being [Alita] for life.' It hit me then. I was like, ‘Oh.’ It was just weird that P.D. is laying down the wisdom. I'm like, ‘Whoa. Yeah. You're right.’”

This movie takes place far in the future. What do you envision for your future 5 years out, 10 years out?
“Five year plan: I will have directed a major motion picture, authored a book, made a TV show and maybe recorded some music. What's my 10-year plan? Hopefully to be doing more of that. To be an even better example of what a Latin X performer can bring to this world. I definitely want to adopt and would love to be working with Amnesty International as an ambassador.” 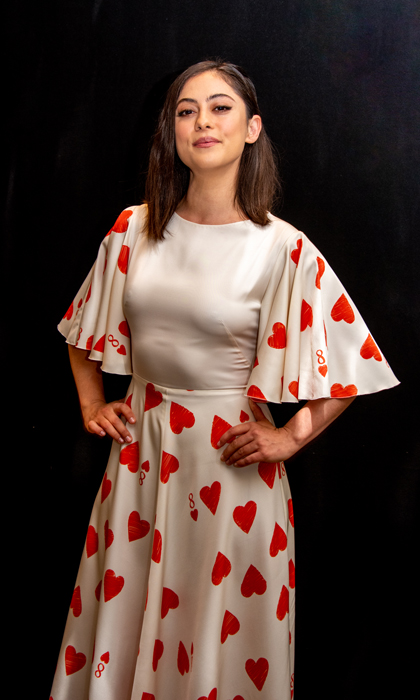 Alita translated means ‘Little wing,’ so where would you fly yourself?
“My dad is from Lima. He came here knowing he would never be able to live out his dreams, but so we could benefit from his sacrifice. I was supposed to [visit] for the first time last year, but of course, if you want to work, book a trip. My mom hiked Machu Picchu when she was pregnant with me, so I would fly myself to the top.”

Was training for this role intense?
“For five months, I did martial arts training. I fell on my ribs a bunch of times. Weird things happen. I was a bike messenger in New York and would have to say that's the best shape I've ever been in in my life.”