His career started when he was in his early 20s, but it is safe to say that the streaming platform Netflix took him to a whole new level. Miguel Ángel Silvestre, now 36, is a household name in Spain, and now Hollywood has started to take notice. Silvestre's “Spanish charm” and acting talent rank him among the new generation of Latinx talent, like Eiza González or Gina Rodriguez, that are taking over the entertainment industry. 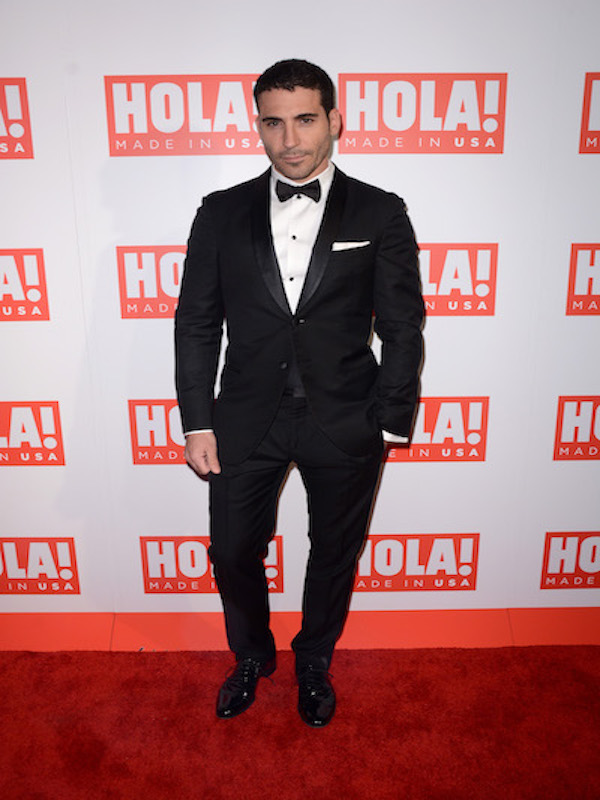 People fell in love with him in the series Velvet. It didn’t take long before Silvestre lent his acting chops to other productions, like Narcos and Sense8, which was filmed in 13 countries and earned him worldwide recognition. "It's something that caught us by surprise. What are the odds?" Miguel Ángel Silvestre told the The Hollywood Reporter. "It is just very beautiful," he added, referencing the show.

MORE: Paula Echavarría on her "biggest treasure" and relying on her mother for life advice

But his promising career reached new peaks when Jennifer Lopez personally chose him to play her love interest in the music video for “El Anillo," resulting in practically the entire world to know him, giving him even more exposure than before.

His impressive resume means that projects are already lined up for him well into the foreseeable future, projects that sound more than exciting! Silvestre is about to star in the mini-series “En el Corredor de la Muerte” (At Death’s Corridor). Based on a true story, the Spanish actor will play Pablo Ibar, a man condemned to death for three crimes he allegedly didn’t commit.

According to Silvestre himself, all the friendships he's forged are an important element to his Hollywood success. There's no secret he is very close to Chilean actor Pedro Pascal of Narcos. "We were friends before he did the show and we're part of the Netflix family because we were doing two very popular Netflix shows at the same time. We got to meet at some social events, and I was a big fan, and we just hit it off," the actor told  E! Online.

MORE: 'Narcos' star Pedro Pascal on finding fame at 'an older age' and how his life has changed

Whenever Miguel is not charming Hollywood, he is like every other actor – juggling auditions, enjoying the beach and going out with friends.

We are certain this is just the beginning for this outstanding talent – from Spain to the world!