Adam Levine’s halftime outfit sparked hilarious reactions from fans. The Voice coach took the big stage in Atlanta on Super Bowl Sunday for the Pepsi Halftime Show with his band Maroon 5. During the performance, some fans couldn’t help but notice that the frontman’s shirt looked like a couple of common household items – prompting some of the most hilarious reactions of the night. After fans noticed that the Girls Like You singer’s shirt looked like pillows and curtains from Target and other home décor stores, the memes started flooding in. 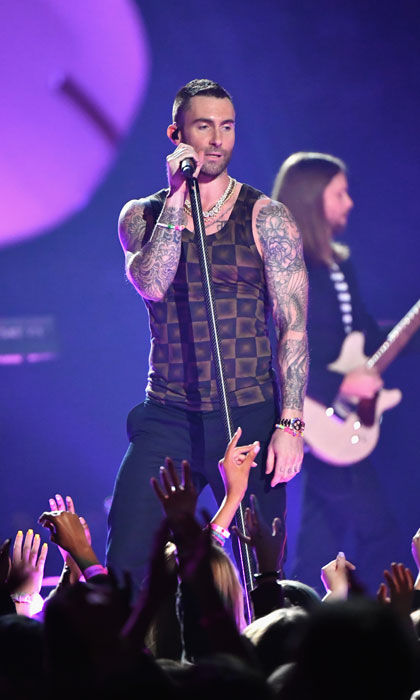 “Although auto tune failed Adam Levine terribly, Target Home Collection really came through with his wardrobe,” one user wrote next to a photo of someone holding up the Target pillow next to their television. Another user had the same observation. This time, with curtains. “Why Adam Levine wearing curtains to the Super Bowl??.” Twitter users also pointed out that the father-of-two’s outfit resembled chairs, dish cloths and the infamous Louis Vuitton bag.

Minutes into the performance, the band turned up the heat and Adam took off his shirt, prompting more hilarious reactions from the internet. While a shirtless Adam closed out the show, viewers suddenly had more things to compare him to. “Who wore it better,” a user wrote next to a side-by-side shot of Adam and a Chipotle bag. Another user noted that Adam looked like a Ouija board. “Cool that #adamlevine can conjure his grandma thru his tummy.” Maroon 5 took the stage at the Mercedes-Benz stadium for the first time and performed a 13-minute set.

WATCH THIS: 7 OF THE BEST MOMENTS FROM MAROON 5'S HALFTIME SHOW

The California natives kicked off the performance with their first hit single, Harder to Breathe, before running through other classics, including This Love, She Will Be Loved and Moves Like Jagger. Adam and the rest of the band wasn’t alone. The group enlisted the help of Travis Scott, who performed Sicko Mode and Atlanta rappers Big Boi and Sleepy Brown, who performed I Like the Way You Move. 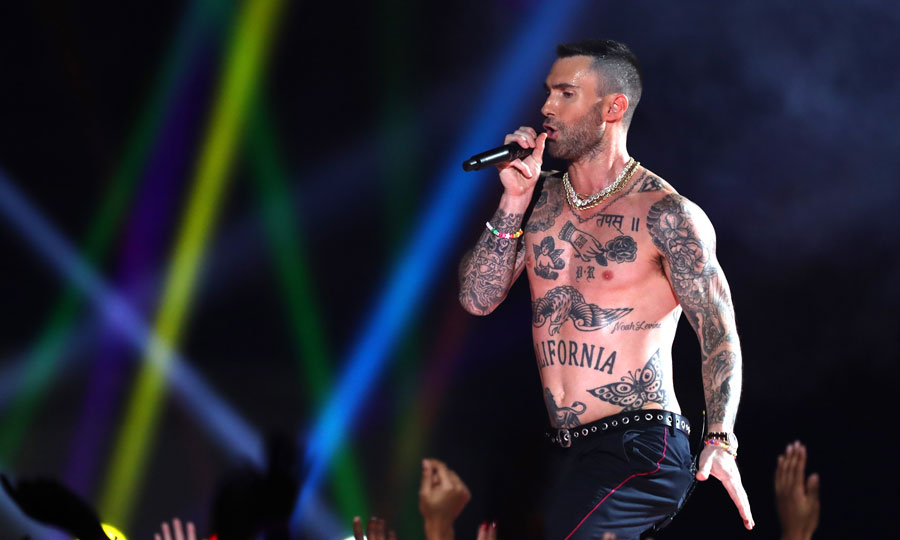 The singer's outfit was compared to various Target pillows and his shirtless body to Chipolte bags Photo: Getty Images

After the performance, Adam took to his Instagram to share how he felt about the performance. “We thank the universe for this historic opportunity to play on the world’s biggest stage,” he wrote in part. “We thank our fans for making our dreams possible. And we thank our critics for always pushing us to do better. One Love.