Kylie Jenner had some affectionate words about Travis Scott via a totally hot Instagram post. Similar to her feathered flamingo dress spread on her feed, the billionare makeup mogul has once again posted up a series of stunning shots of herself wearing a sleek lingerie getup. And as beautiful as the pictures are (shout out to photographer Sasha Samsonova), fans were paying more attention to the four little words Kylie used as her caption: "extraño a mi esposo." 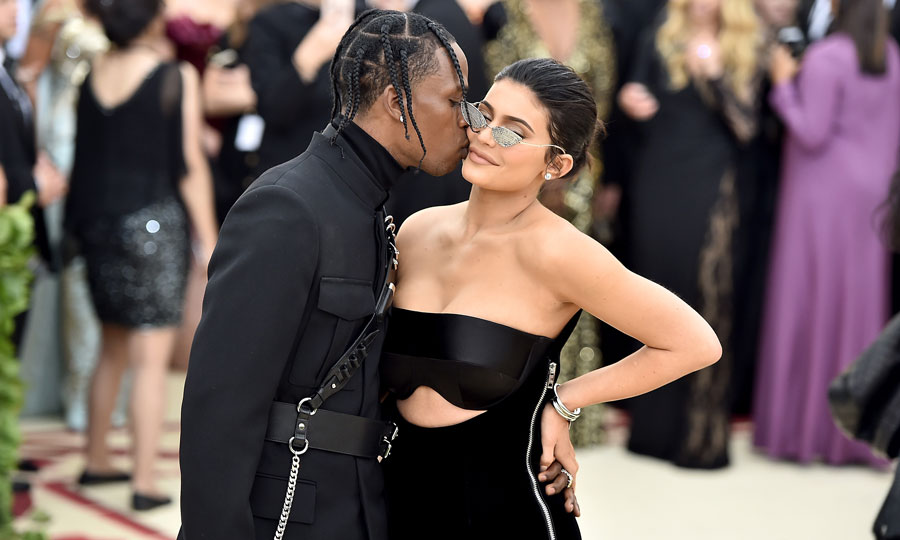 Excuse me?! The full caption translates from Spanish to "I miss my husband." That's right. The 21-year-old mother just dropped the "esposo" word, sending her fans into a full on frenzy. "Did she just say husband? Are they married," one fan commented on the picture. Another wrote, "@KylieJenner just said "Extraño a mi esposo" y'all she MARRIED married?!"

As much as the world wants this news to be true, Kylie has used the word "hubby" before. One time she called him out before his big New York performance. "When your hubby is performing at madison square garden tonight," the Kylie Cosmetics founder wrote back in November 2018. But Kylie is also known for keeping secrets. Take for example, that one time she kept her pregnancy a secret for literally nine months.

Before this bomb, Kylie also hinted at some other upcoming news she was excited to share with her fans. "I have something really exciting i get to share soon with you guys! I’ve been cooking this up for awhile i can’t wait to share my new project alreadyyy," she wrote on Twitter. Naturally, many people assumed she was pregnant and "cooking" a baby in her oven, but she quickly dismissed those rumors.

'Til she reveals what her new project is and whether or not she's officially married to Travis, we'll be here waiting waiting and loving the fact that Kylie is apparently bilingual now.